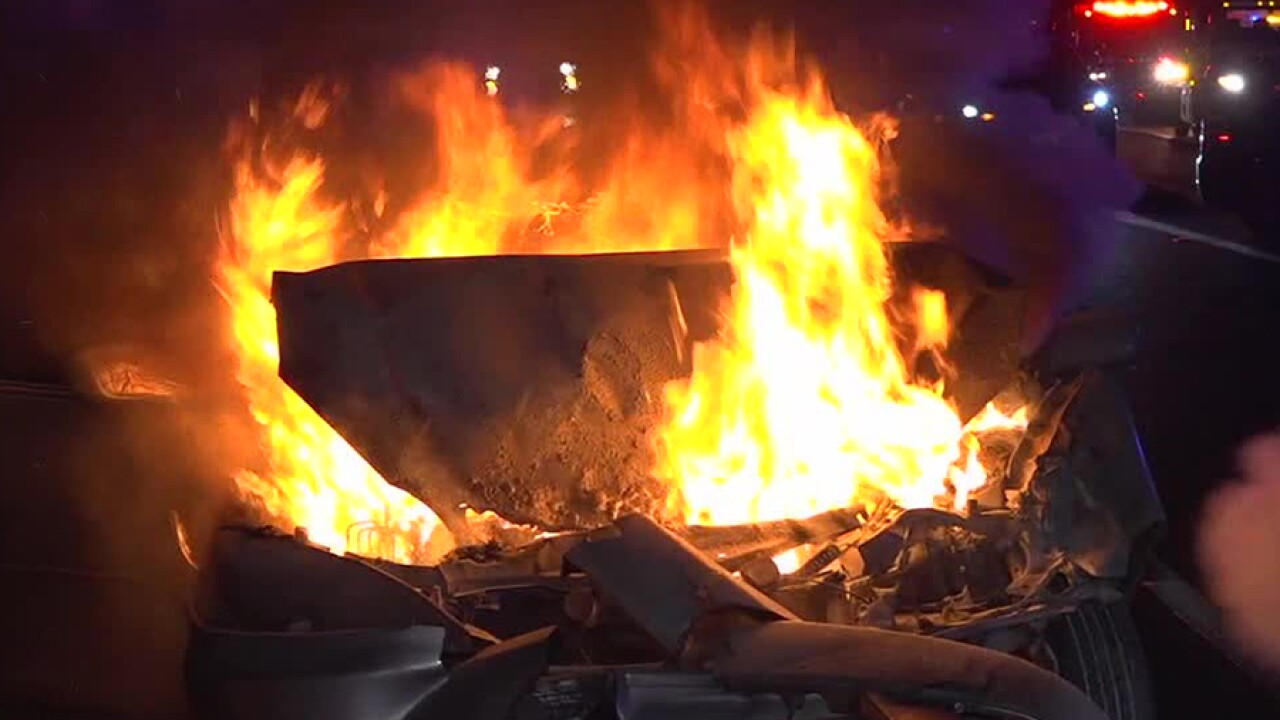 SAN DIEGO (KGTV) - A two-vehicle collision on Interstate 5 near the East Village left one person injured and prompted a search for a driver that fled the scene.

The crash happened at around 12:15 a.m. Wednesday on southbound I-5 near Imperial Avenue, according to the California Highway Patrol.

A witness told 10News he was driving behind a white Jeep SUV and a silver Toyota Camry when those two vehicles collided. The impact caused the Jeep to overturn, and the Camry came to rest at the median.

The driver of the Camry fled the area just before the car burst into flames. The driver’s whereabouts are unknown.

Emergency responders were able to put out the car fire and rescue the Jeep’s female driver who was trapped in the upside-down SUV.

The woman was taken to the hospital with minor injuries.