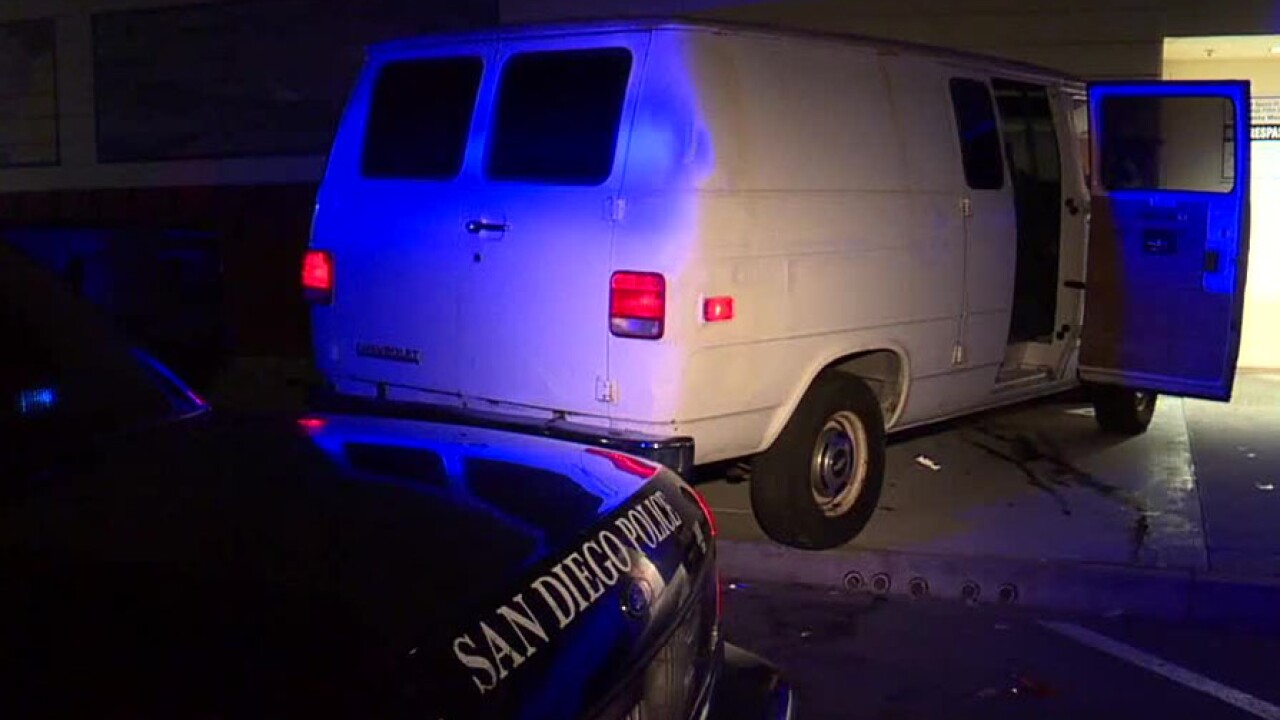 SAN DIEGO (KGTV) – A driver who crashed his van into an Ocean Beach CVS store was arrested after he ran from the scene and then fought police officers trying to take him into custody.

At around 10:30 p.m. Tuesday, San Diego police received reports of a van hitting a tree in the 5000 block of Santa Monica Avenue and doing donuts in the roadway, striking at least one parked vehicle during the incident.

Witnesses told police the van proceeded to slam into a wall at the CVS Pharmacy on 4949 Santa Monica Ave., and the driver was then seen fleeing the wreckage.

A short time later, police received reports of a man matching the driver’s description swinging a crowbar in the 4900 block of Brighton Avenue.

Responding officers tracked down the driver and tried to take him into custody, but the man began to fight them off. During the struggle, the driver struck one officer in the face.

Officers eventually used a stun gun to subdue the driver and took him into custody.

The driver, believed to be in his 20s, could possibly face assault, DUI and resisting arrest charges, an SDPD official told 10News.

The officer struck is expected to be OK.