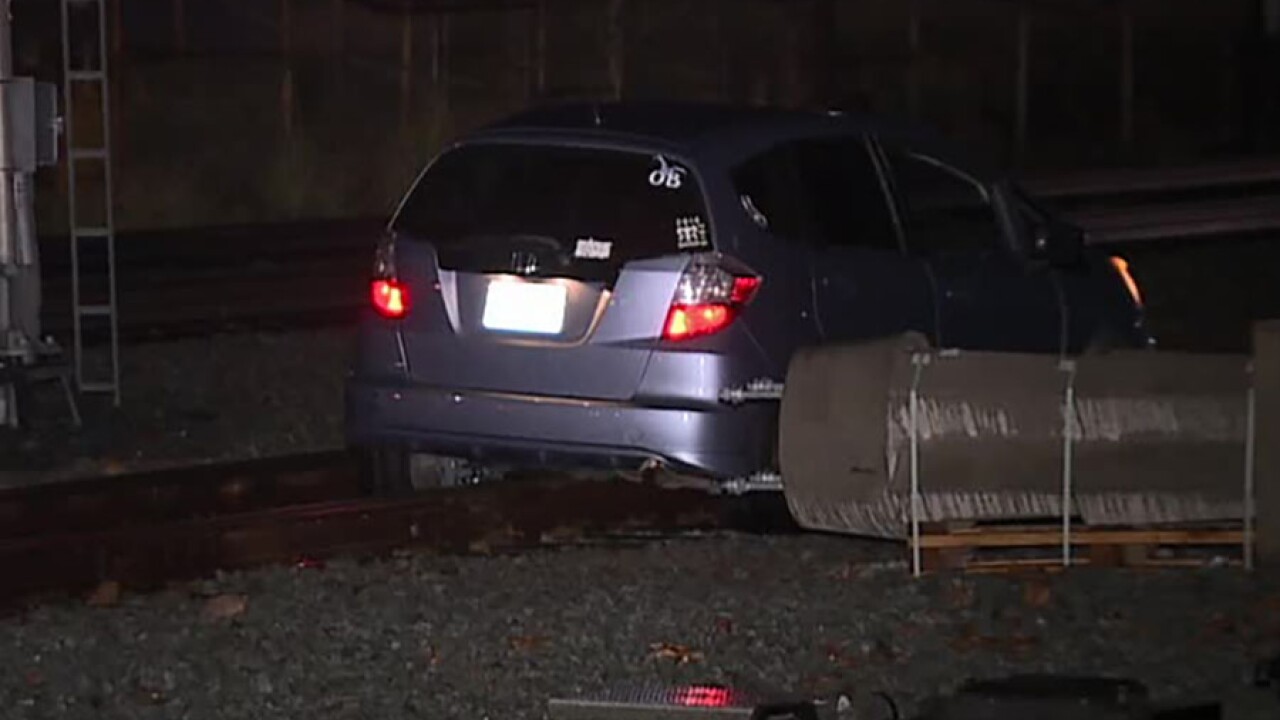 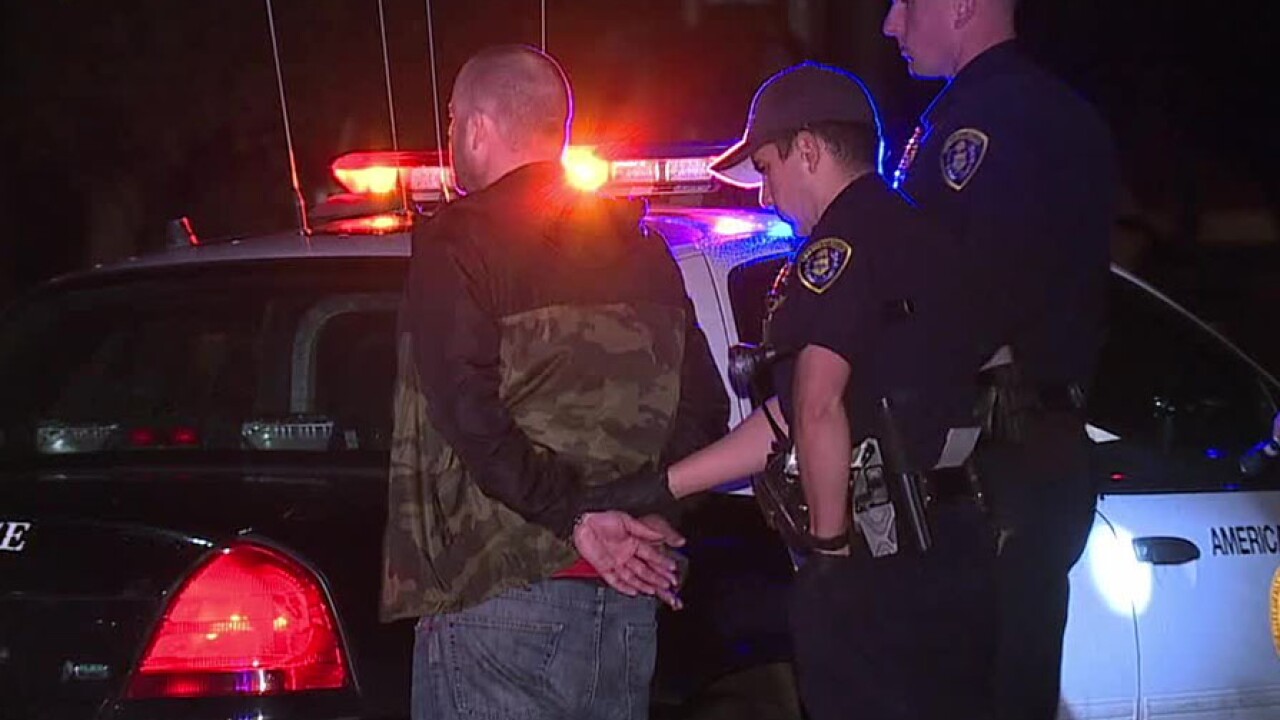 SAN DIEGO (KGTV) - A man was arrested on suspicion of DUI early Wednesday morning after police said he drove his car down trolley tracks in Old Town and became stuck.

Just after 12 a.m., police responded to reports of a car stranded on trolley tracks near Taylor and Congress streets.

Trolley service was shut down for about 45 minutes so the vehicle could be towed away from the tracks.

The unidentified driver was arrested at the scene. Police were looking into how he ended up driving onto the tracks.

No injuries related to the incident were reported.