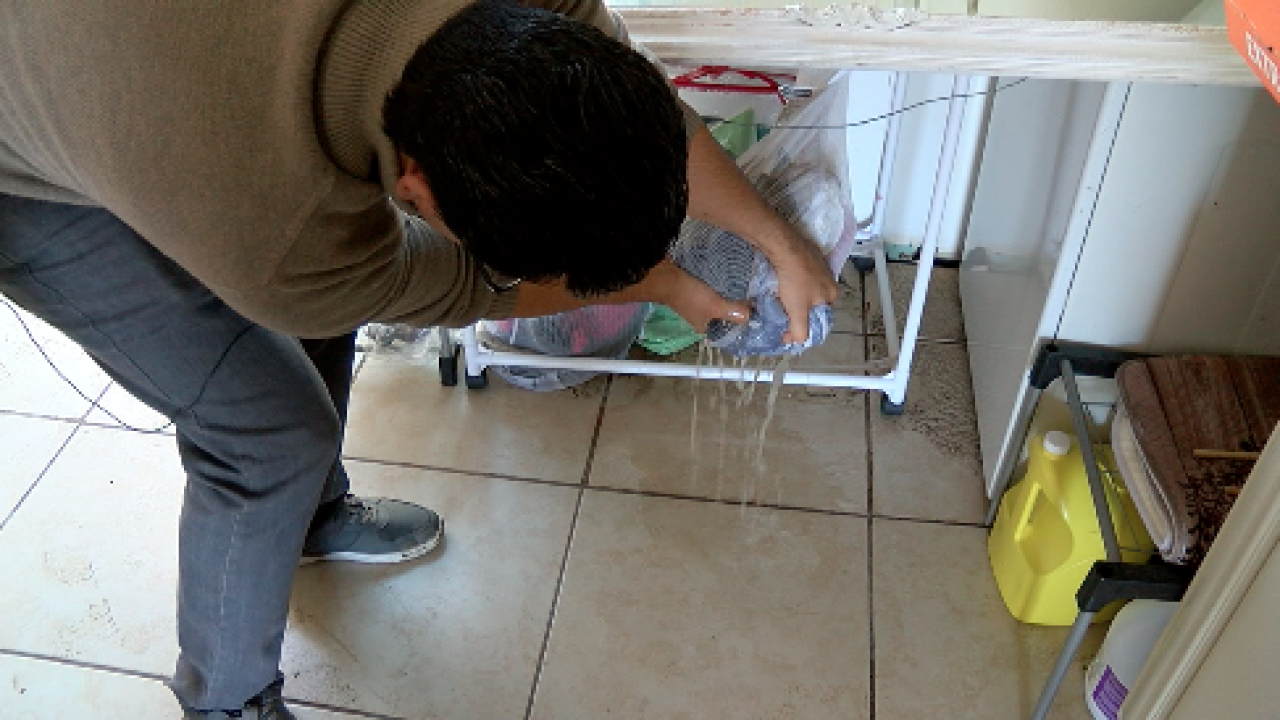 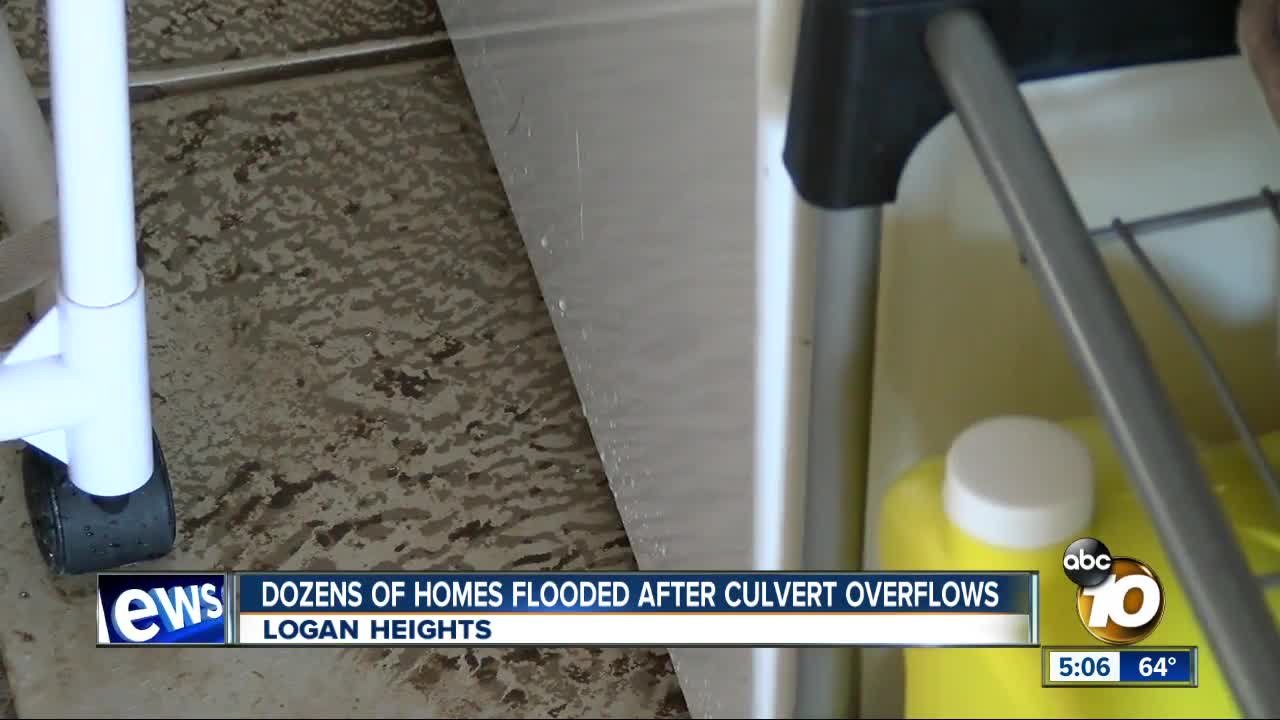 SAN DIEGO (KGTV) — A water culvert in Logan Heights overflowed Thursday night due to heavy rain, leaving neighbors with a mess Friday, many homes destroyed from all the water.

Ruben Cortez’s home got filled with about a foot of water. Initially the water just piled up outside his sliding glass door, “the water was up to here so it looked like I was inside an aquarium”.

After 20 minutes water came through the front and back doors, soon filling the entire house.

Cortez and his wife are remodeling their home. One week ago they installed new flooring in their bedroom. After the flooding, the floor is completely ruined.

The rest of the house has tile flooring and dirt and mud everywhere.

His neighbors are also dealing with similar issues. Many parked their cars on the street and during the flooding the water filled up to the steering wheel.

Most people in the neighborhood, along with Cortez himself, don’t have flooding insurance.

He tells 10News, “its like getting snow insurance you don’t think anything like that is going to happen and this flood wasn’t really a typical flood, it was part of the drain that came out and flooded. You don’t think of those things”.

Cortez wasn’t only worried about his own home, he’s also the pastor at the church next door. While the church was okay, the children’s classroom had water damage. The water also filled between a foot to two feet in the rooms.

Left with a laundry list of things to fix, remodel and clean, Cortez tells 10News, “just count your blessings and the bad things as they come in, just face them one at a time."