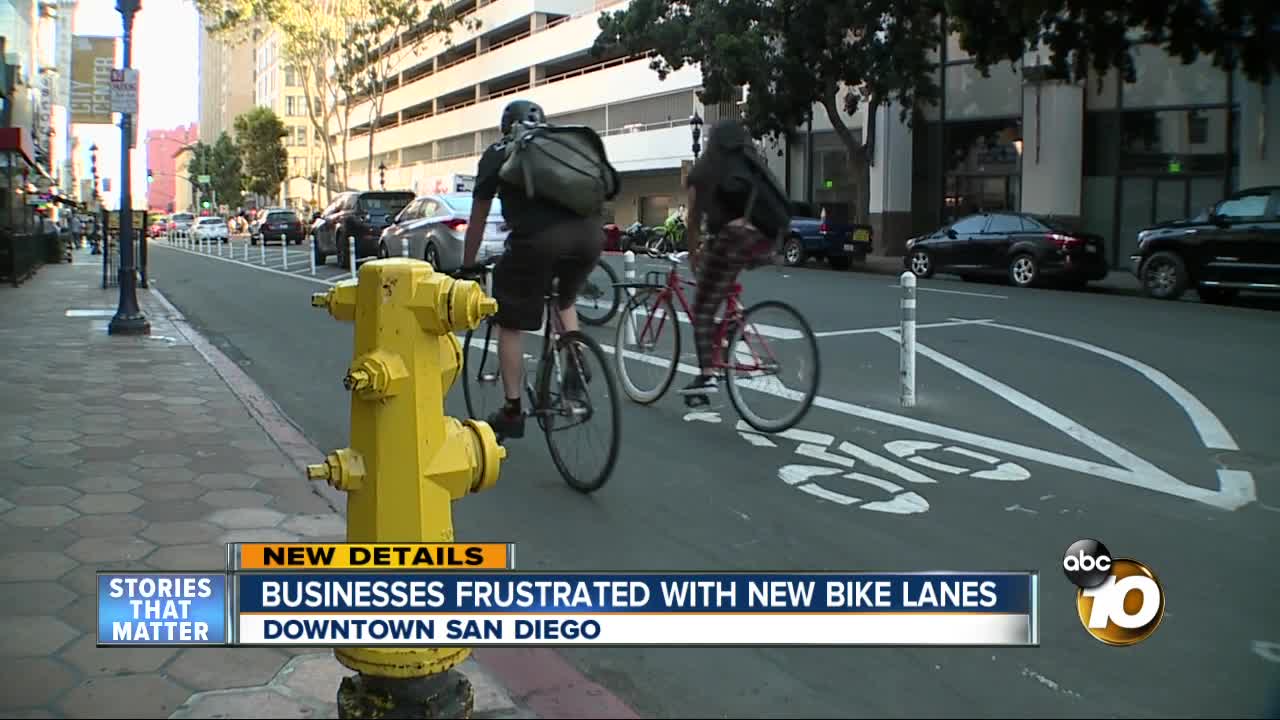 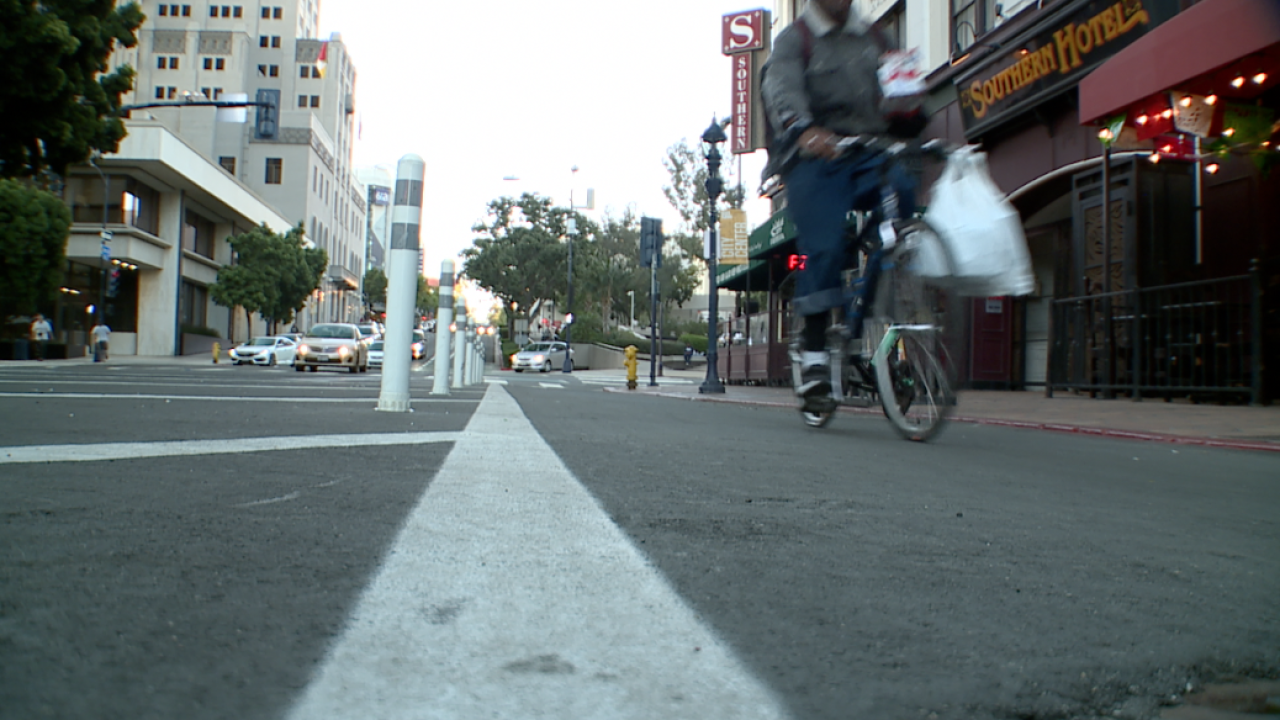 “We’re having a lot of issues with loading,” said Bon Pinak, the general manager of Thosakan, a Thai restaurant on 6th Ave.

The new protected bike lane was placed along the curb. All the parking on the east side of the street was removed, as well as most of the loading zone.

Only two spots were left for vehicles. Posted signs say they can be used for 20 minutes for commercial loading until 6 p.m. After 6 p.m., it turns into three-minute passenger loading.

“I got a ticket three days ago,” said Remzi Kaval, owner of the Coffee and Talk cafe on 6th.

He said he was unloading some supplies in one of the spaces, but it was after 6 p.m.

“We don’t have any space where we can park.”

The new protected bike lanes have been installed in various places across the City recently. Both as an attempt to make biking safer but also to meet the City’s climate action goals.

“It’s great. I don’t have to worry about getting hit,” said Jordan Green, who bikes through the area regularly.

“Protected bikeways provide a safe, designated space for cyclists, keeping sidewalks clear for pedestrians,” wrote a spokesperson for the City of San Diego.

As for the particular block between B Street and C Street, the City did not indicate any interest in changing the layout.

“A small number of curbside loading zone spaces were removed from this block on the east side of 6th Avenue, but there are yellow loading zones available farther up and down 6th Avenue and on adjacent streets. Drivers are encouraged to follow posted signage,” wrote the City.