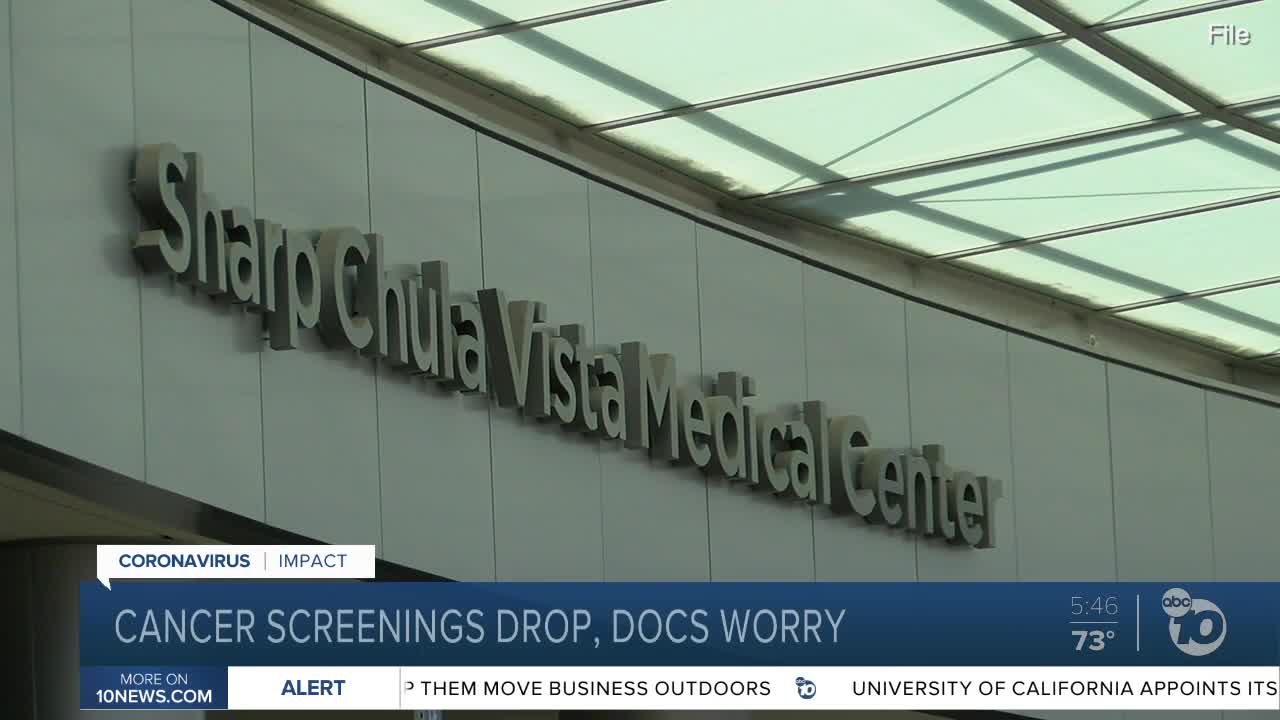 CHULA VISTA, Calif. (KGTV) - While the current focus is on coronavirus, doctors are warning to not forget about other killers that are always present.

Dr. Marilyn Norton is the Chief of Staff at Sharp Chula Vista Medical Center and said they’ve seen drastic drops in the number of people coming in to get cancer screenings. She said the three most common cancer screenings are mammograms for breast cancer, Pap smears for cervical cancer and colonoscopies for colon cancer.

Sharp Chula Vista saw an 87% decrease in mammograms in April and May of 2020 compared to the same time frame last year. The hospital did pause screenings at the beginning of the closure, but has been doing screenings again since May.

Dr. Norton said these screenings can be some of the best life-saving measures.

“We know that if patients get found at early stages, the chances of them dying from that cancer is much less,” she said.

She said some of the reasons people still are not coming in to get screened could be because people don’t know screenings have resumed, or because people are worried about going to a hospital right now, but she said the difference between now and the beginning of the pandemic is that there is more knowledge of how to stop the spread of coronavirus now, so the hospital is taking preventative steps to keep patients coming in for screenings healthy.

“Although there’s a lot of fear regarding the pandemic, we also have to realize that screening is very important to be able to try to catch that cancer at an early stage,” she said.

She said she anticipates the lull in screening now to impact cancer rates in the next five to ten years because of cancer that could have been caught at an earlier stage, and she hopes people realize the importance of early screening now to stop that eventual increase.

“Don’t ignore the screenings that need to be done in order for you not to have to die from cancer,” said Dr. Norton.