A number of San Diegans got thousands of dollars richer overnight by getting in on skyrocketing stocks like GameStop and AMC Theaters.

SAN DIEGO (KGTV) — A number of San Diegans got thousands of dollars richer overnight by getting in on skyrocketing stocks like GameStop and AMC Theaters.

Rob Brown, a Mission Beach real estate broker, thought he missed the opportunity with GameStop but learned AMC Theaters would be the next to get the boost. But he decided to get in on the day trading action once he saw GameStop's stock skyrocket from the high teens to $350 a share. 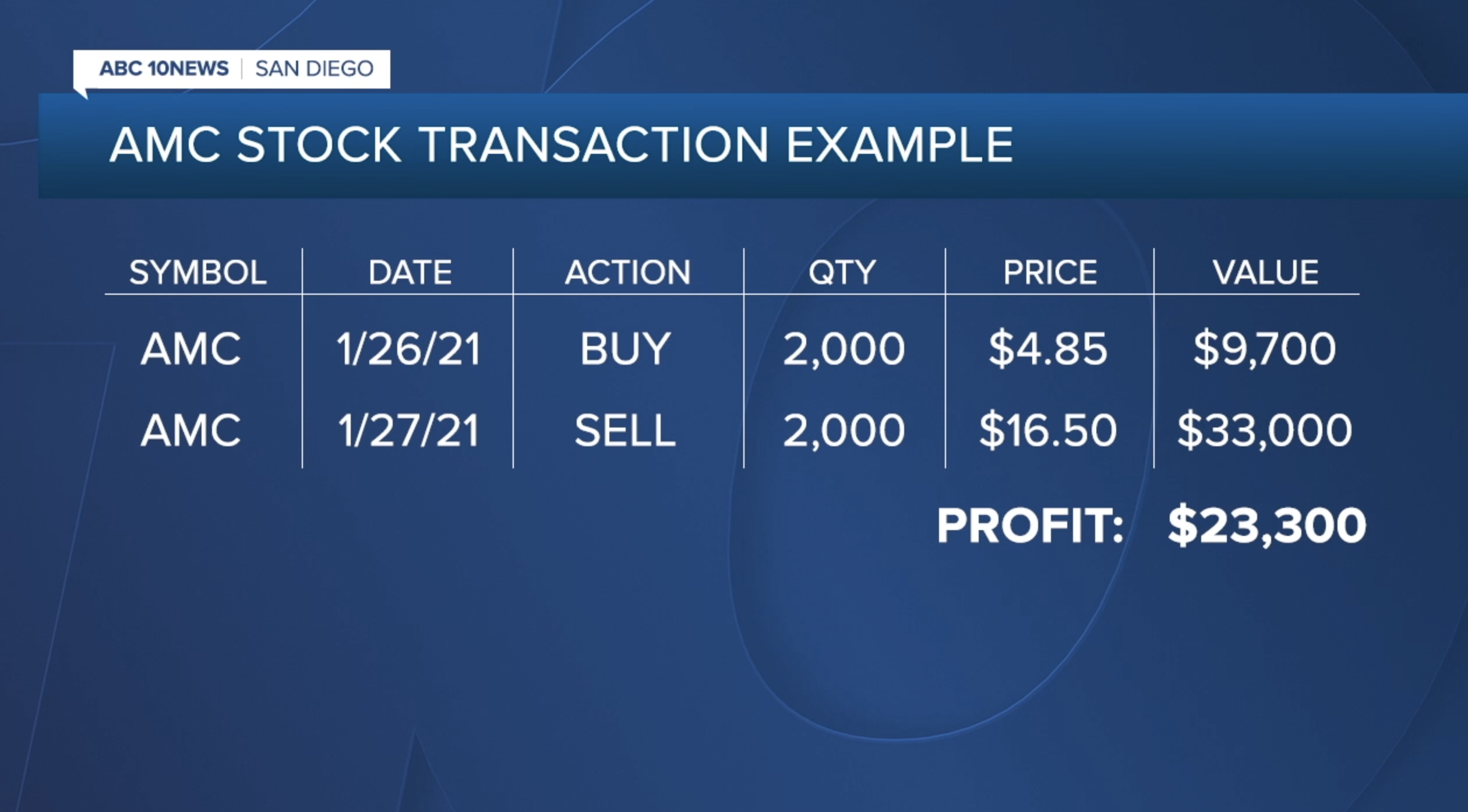 But the risk was extraordinary. In the past week, GameStop and AMC stocks have seen some volatility.

"I never thought I would do anything like day trading a meme stock," he said. "It was a positive expected value if you look at the momentum and the risk-reward profile if you look at what AMC was doing."

Wall Street hedge funds thought the two companies could be on the brink of collapse. So it seems odd for their stock prices to shoot way up. That's where Reddit comes into the story.

Members of the Reddit subgroup, "wallstreetbets," bought up the stocks en masse and forced Wall Street hedge funds to do the same.

The hedge funds had shorted the stocks, meaning they borrowed the shares from the owners, planning to return them at a later date at a lower price.

Financial analyst Jeremy Schneider says that instead of the stock price going down, it's gone up, forcing hedge funds to have to buy those shares back because the lenders of those shares want their money. So now, they have to buy them back at an increasingly higher price.

But a word of warning, those high-priced stocks to collapse at any moment.

"If the stock closes at say $300 or whatever the number is, that doesn't mean it's going to open in the morning at $299. That stock could open at half that price tomorrow," he said. "When something gets as inflated as these things are, they're a bubble ready to burst, and you don't want to be on the short end of that."

On Thursday, AMC and GameStop shares both plummeted in price, about 50% at the close today. The drop in price came after Robinhood and other trading apps halted trading of those shares.