Deployment of Amphibious Assault Ships bittersweet for friends and family 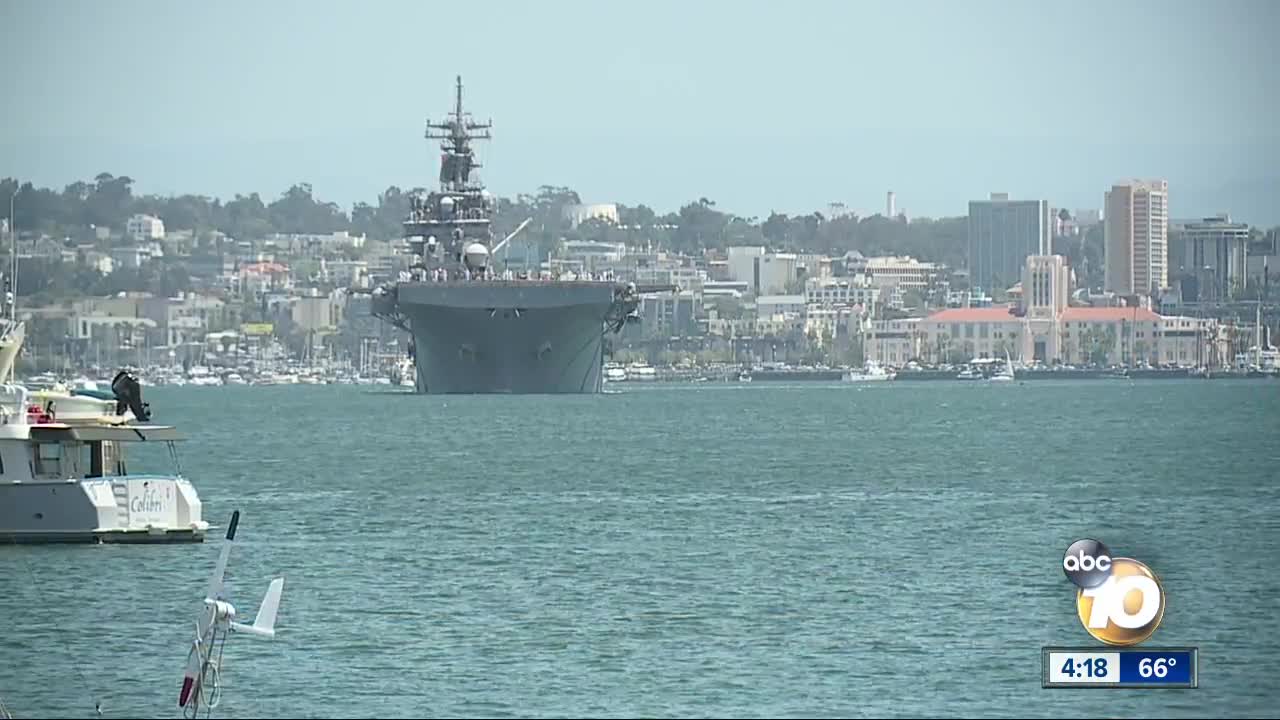 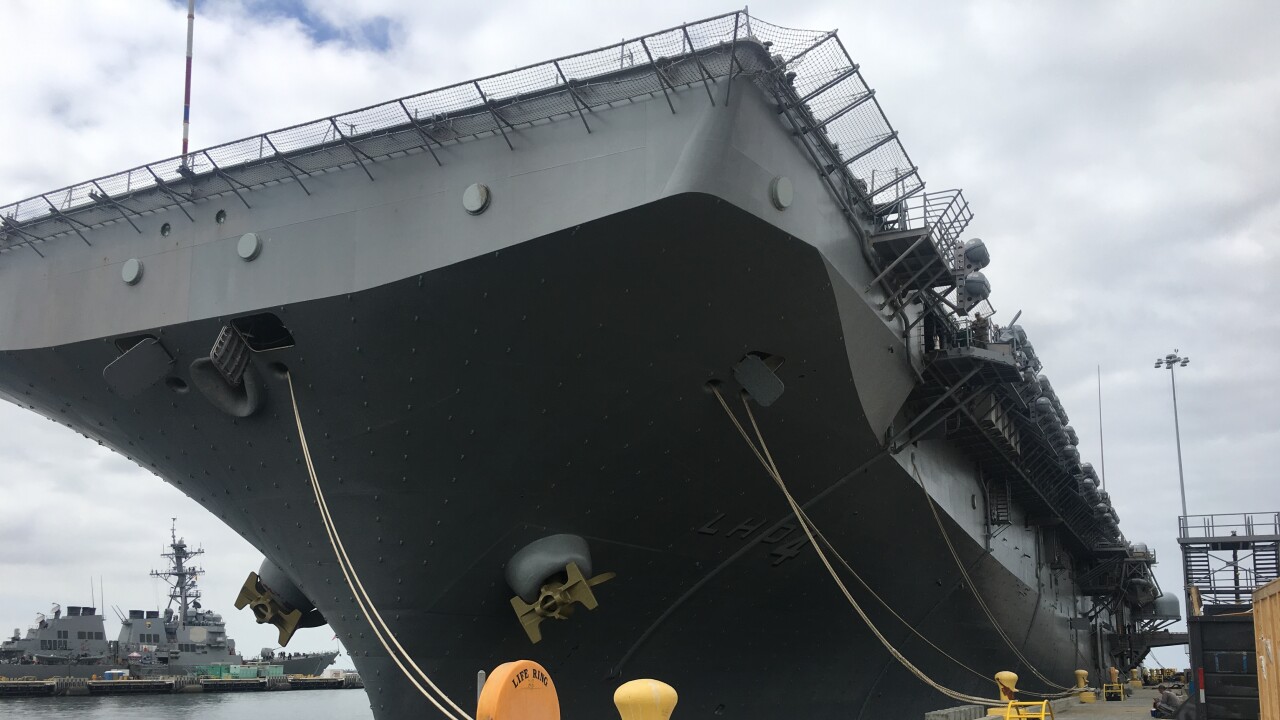 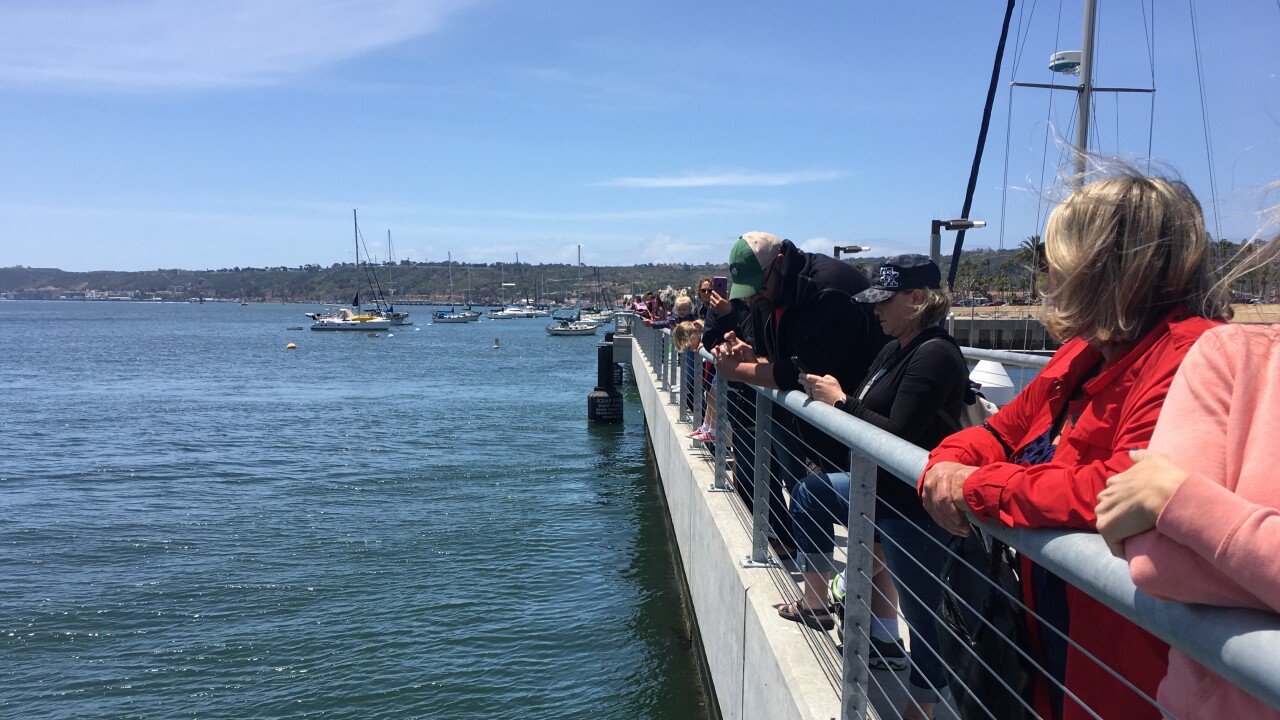 "A lot of people are interested in what we're doing. There's some unique capabilities that we bring, and when we go out there we just want to make sure that we're able to maneuver in the most secure way that we possibly can," Marine Colonel Fridrik Fridriksson said. Only lending this insight, "whether it's high order combat or humanitarian assistance, we're ready for it."

About 4,500 Sailors and Marines are on the three vessels combined.

Navy Captain Brad Arthur said Wednesday was a special day for all Marines and Sailors on board the USS Harper's Ferry, USS John P. Murtha and USS Boxer because it marks, "the culmination of seven months of training."

On the deck, Marines and Sailors, alternated lining the perimeter as a ceremonial part of deployment. Capt. Arthur said there's an even split of the branches on board.

As the USS Boxer floated past Shelter Island, families lined the railing on shore. The Salgado family holding neon banners, balloons and flags hoping to catch a glimpse of their Josh.

"From the time he started until now, I see more of a man in him," Father Edward Salgado said. He, his wife Susana and their Daughter-in-Law Vanessa all saying this is what he's always wanted.

"I'm really nervous I don't know why just seeing him, it's crazy just knowing he's going to be gone for a long time," Vanessa said. They held back tears as the ship floated by, screaming words of love, affirmation and encouragement, hoping he could hear them.

They stood with dozens of other families, some holding babies, all waving good bye to their parents, husbands, wives or grandparents, hoping they'll return safely before the holidays.