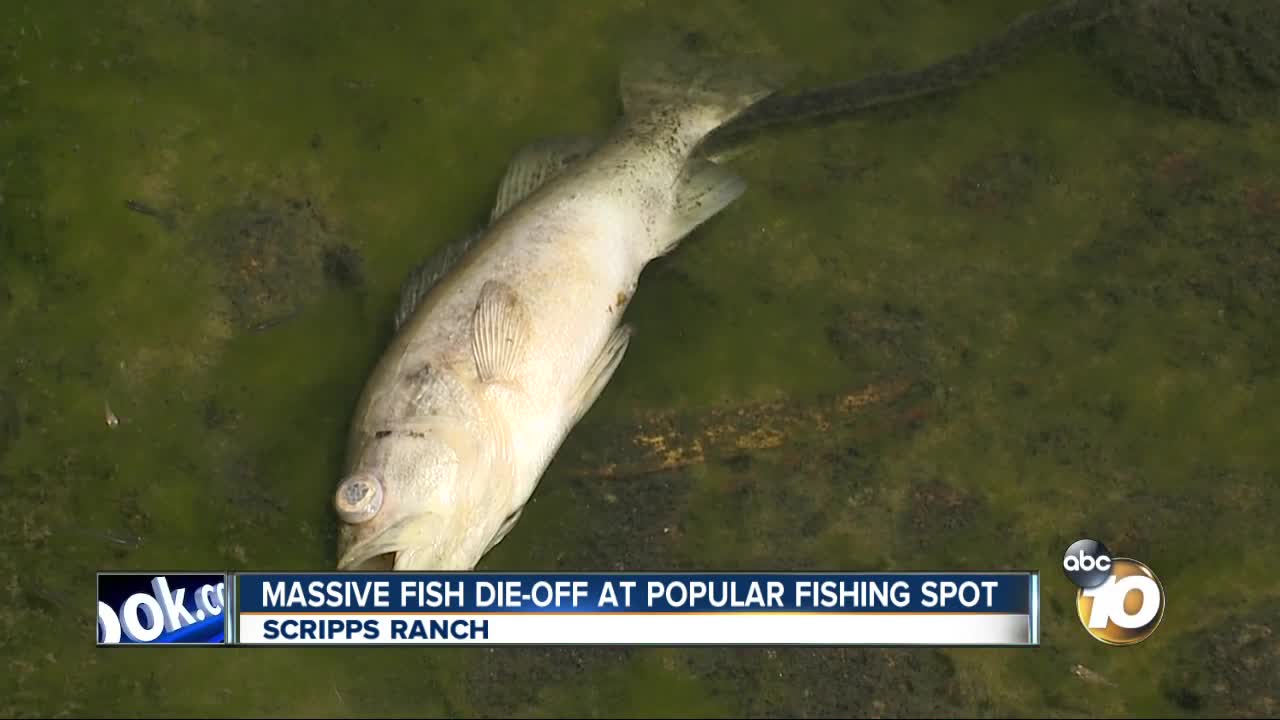 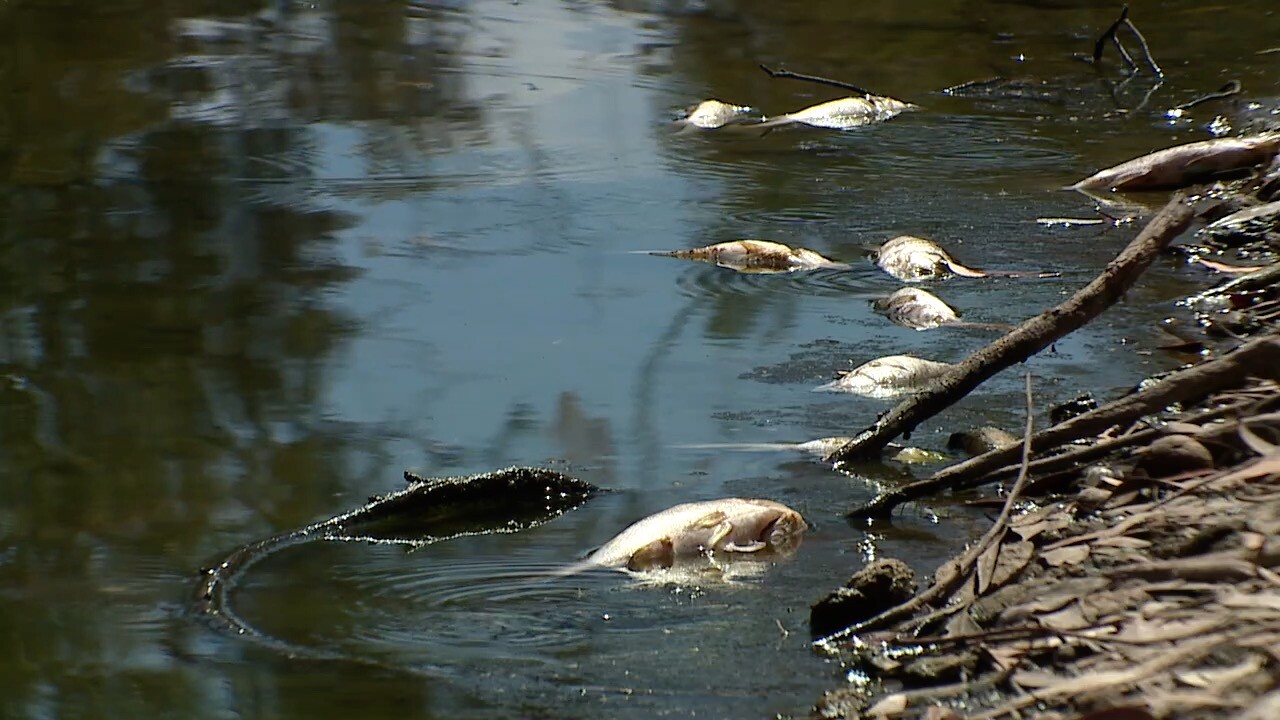 The die-off, largely of catfish and bluegill, happened over the weekend at Evans Pond, which is adjacent to the Scripps Miramar Branch Library.

On Sunday, the water was reflecting a deep green color, likely due to an algal bloom that contributed to the die-off.

"The water looked a lot better than this before, it was higher up," said Josh Jacobson, a regular fisher at the pond. "Of course, there weren't all the dead fish everywhere."

First, organic material is growing in the water, demanding more oxygen. The increasing algae takes up more oxygen as well. Finally, when the water heats up in hot weather, it doesn't hold as much oxygen - meaning there's less for the fish to breath.

"So, if there's not a lot of oxygen able to penetrate the water and get into the water, then you can end up with a pretty massive oxygen crash, and that can wipe fish out overnight," Curtis said.

Curtis said there are steps that can help prevent these die-offs, including minimizing organic loading, and encouraging oxygenation in the water through mixing.