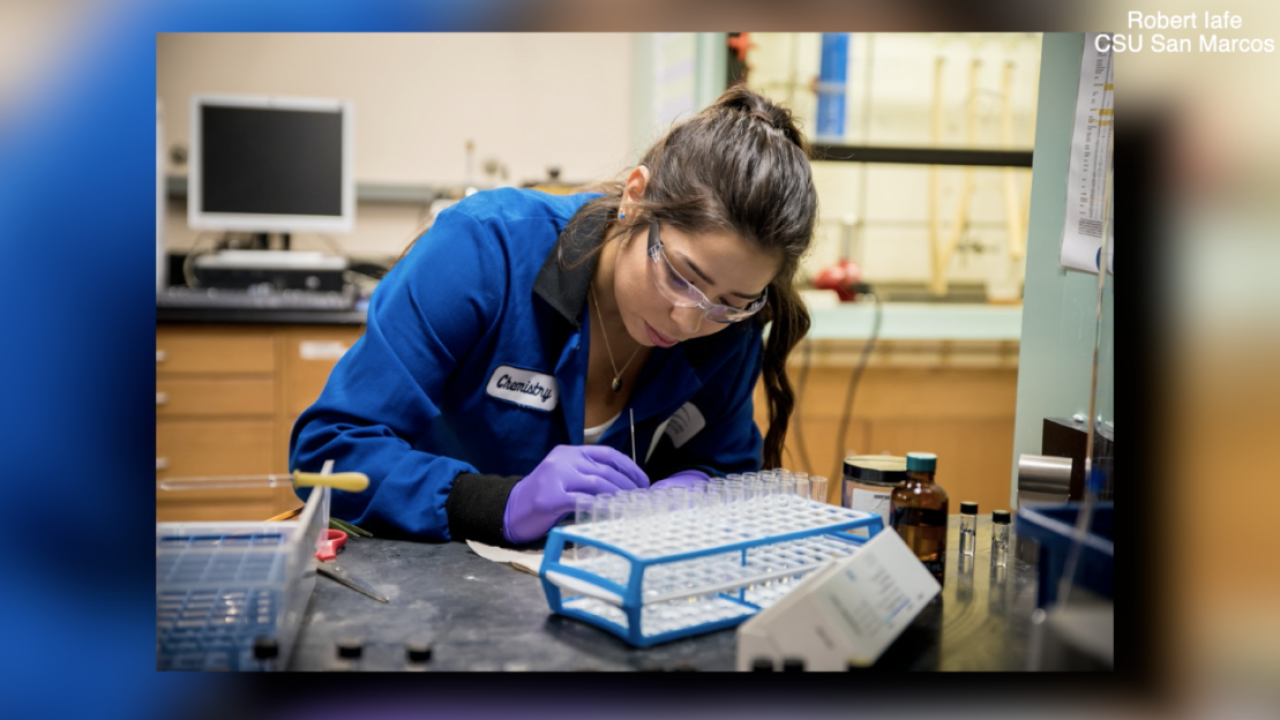 San Diego (KGTV)- CSU San Marcos is hoping to help low-income students enrolled in the chemistry and biochemistry department. The department received a nearly $1 million grant. A new program is expected to lead to a higher graduation rate.

“Students from our department, they get placed in graduate programs across the nation,” says Professor Robert Iafe. “A large percentage actually joins the workforce.”

Iafe says it’s their goal to continue students down this path.

Incoming freshmen will participate in the department’s new program, referred to as the Targeted Learning Community.

“We’re going to have a community made up of about 30 students that start freshman year in the same classes and progress all throughout as a cohort, through their entire career as a student,” says Iafe.

The money will help the students pay for tuition, books, and more.

The Targeted Learning Community is only for the fall’s incoming freshman, but the staff is hopeful it will become permanent. The department tried the program back in 2013, and students had a much higher percentage of graduating in four years.

The Chemistry and Bio-Chemistry Department will be hosting live Zoom sessions for parents and high school seniors interested in the scholarship and Target Learning Community. The Zoom sessions will be held on October 16th, October 24th, and November 12th.