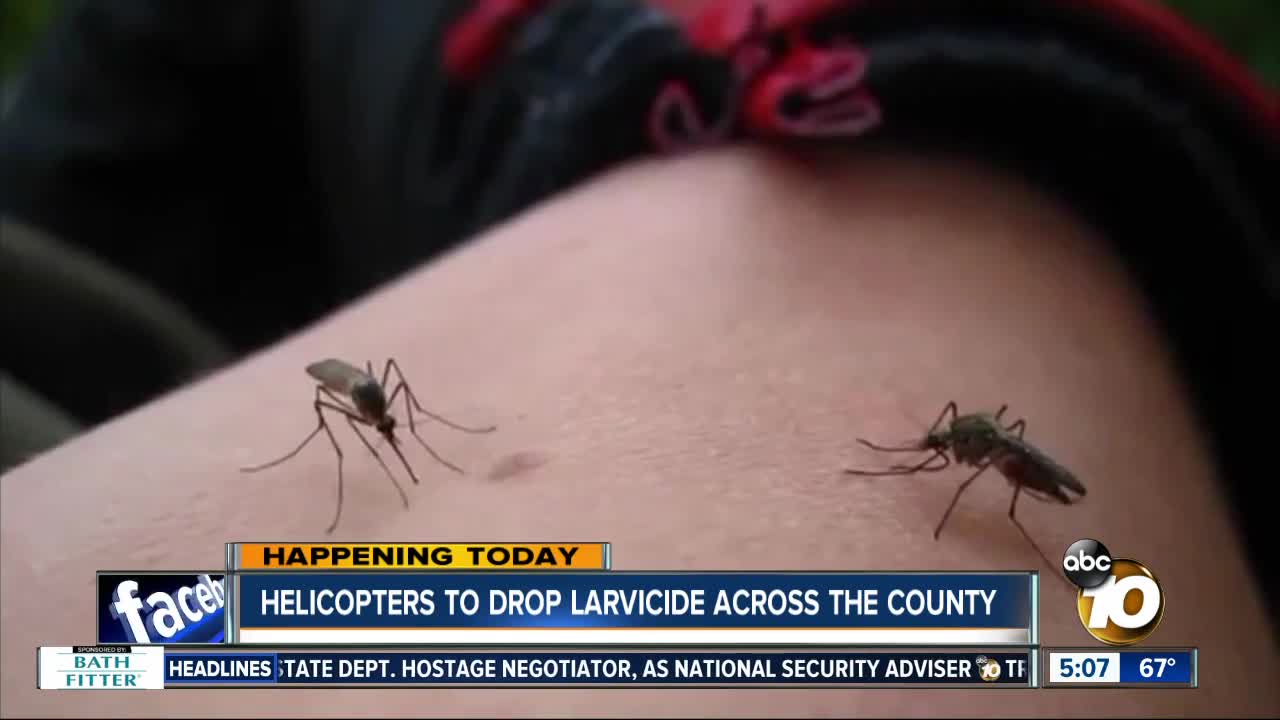 SAN DIEGO (CNS) - The county of San Diego's Vector Control Program will conduct a routine mosquito larvicide drop Thursday on more than 30 waterways around the county.

Vector Control officials conduct mosquito larvicide drops about once a month for half the year -- April or May through October -- to combat the spread of the potentially fatal West Nile virus. The virus is usually carried by birds but mosquitoes can transmit it to other animals, including humans, by biting them.

About 80% of people who become infected with West Nile virus don't show symptoms, which can include headache, fever, nausea, skin rash or swollen glands, according to Vector Control officials. The virus is deadly in rare cases and most who show symptoms suffer an illness similar to the flu.

Residents can obtain mosquitofish from the county for free to control larvae and breeding in items like swimming pools and bird baths that may contain standing water.

The county also encourages residents to report local mosquito activity, dead birds and possible breeding areas to the Vector Control Program, which can be reached at 858-694-2888. Residents can learn more about the county's efforts to counter local mosquito activity at its Fight the Bite webpage, sandiegocounty.gov/content/sdc/fightthebite.html.