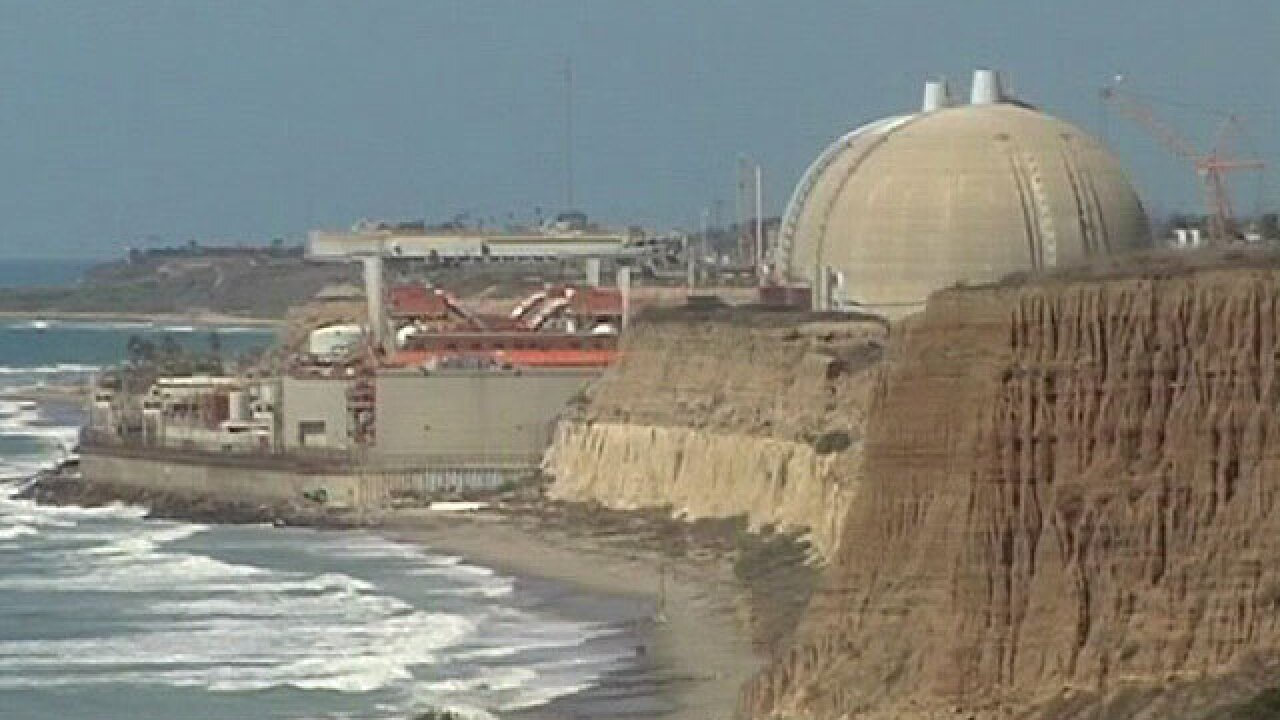 SAN DIEGO (CNS) - The San Diego County Board of Supervisors voted unanimously Tuesday to extend an agreement with Southern California Edison to receive emergency planning funds from the utility as it removes spent nuclear fuel from the decommissioned San Onofre Nuclear Generation Station.

The county's Office of Emergency Services entered a similar memorandum of understanding with SCE in 2015, through which the company provided radiological emergency planning funds to five jurisdictions around the plant, including San Diego County, through the end of Fiscal Year 2019-20.

A county staff report estimates SCE will pay the county $366,500 in the remainder of the agreement.

The remainder of the spent fuel is planned to be moved from spent fuel pools to dry cask storage by the end of this summer, but the memorandum approved by the board runs through the end of Fiscal Year 2049 or whenever all spent fuel is removed from the site -- whichever comes first.

The federal Nuclear Regulatory Commission and the State of California do not require decommissioned nuclear power plants to reimburse local jurisdictions for emergency planning, but SCE has agreed to continue paying jurisdictions surrounding the plant, for planning and preparation for radiological emergencies.

San Onofre hasn't produced power since a steam leak in 2012, and SCE closed the plant the following year and began decommissioning activities.

When the California Coastal Commission voted 9-0 last October to allow SCE to begin dismantling the plant, the canisters were being moved from a "wet storage" facility to a newly constructed "dry storage" facility on the site. San Onofre is located on 85 acres of the Camp Pendleton Marine Corps base and is home to 3.55 million pounds of spent nuclear fuel, the San Diego Union Tribune reported last year.

The nuclear waste is being stored in self-cooling canisters which take in cool air and expel hot air.