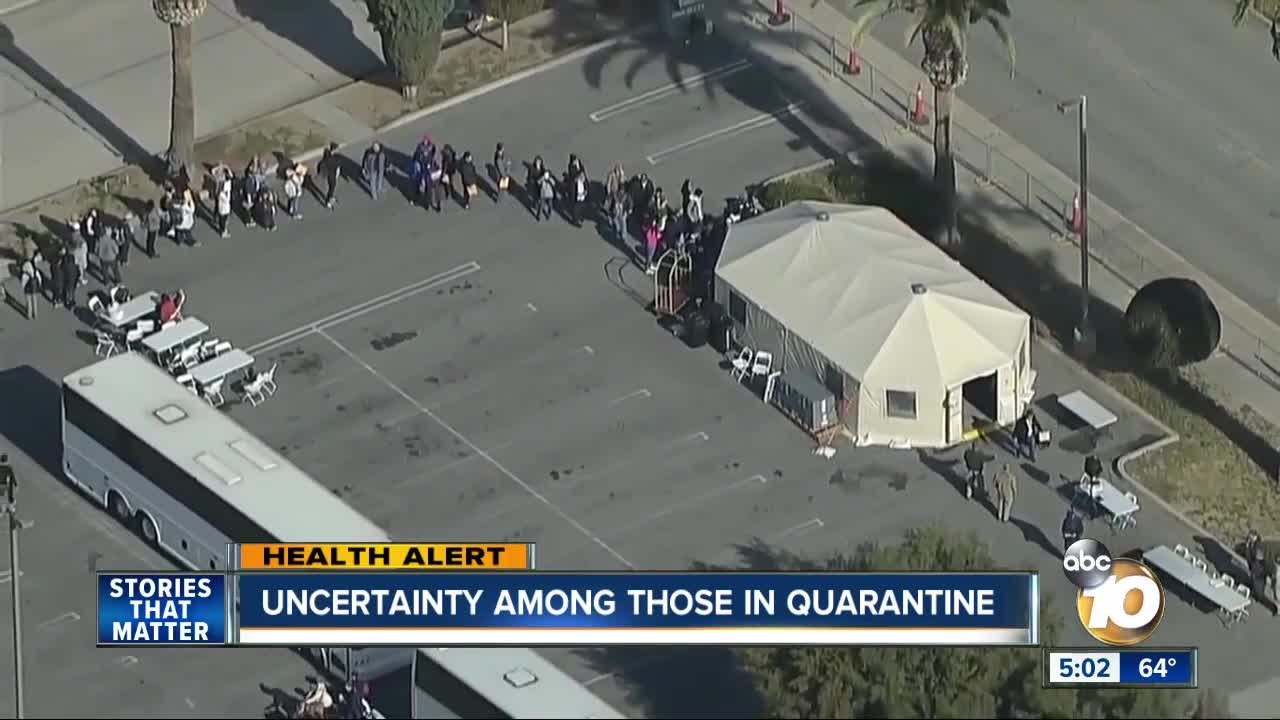 Some evacuees staying at MCAS Miramar say they are waiting in uncertainty as they finish out their 14-day quarantine order, after two people tested positive for the virus. 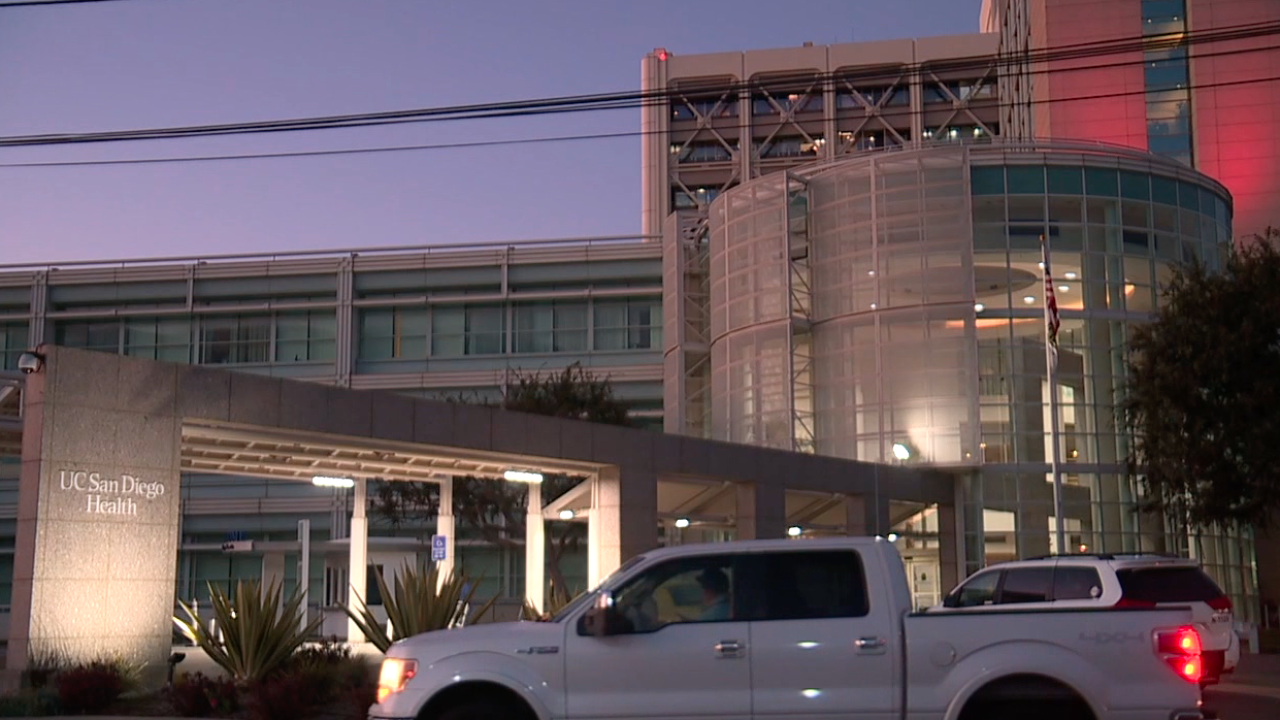 SAN DIEGO (KGTV) -- Two patients diagnosed with the potentially deadly novel coronavirus remain hospitalized at UC San Diego Medical Center Thursday, while physicians at the facility continue to monitor a third person who has shown symptoms linked to the virus.

Dr. Randy Taplitz, an expert on infectious diseases with UC San Diego Health, updated the media Thursday on the patients’ respective conditions. Taplitz said one of the coronavirus patients is in good condition, with the second patient listed in fair condition. She did not elaborate when asked by reporters to further define “fair condition.”

Both patients are in isolation at the hospital.

According to Taplitz, the third person showing possible signs of the virus remains under observation.

Taplitz said the hospital was anticipating more cases of the illness coming into the UC San Diego Health system.

The CDC said in a news release that the “first and second patients arrived on different planes and were housed in separate facilities; there are no epidemiologic links between them.”

One of the patients was mistakenly released from isolation and taken back to MCAS Miramar due to a mislabeled test sample. She was later returned to UC San Diego Medical Center.

Regarding that patient's accidental release, Taplitz said it was due to "miscommunication," rather than mislabeling. According to the doctor, the labels on the samples were performed according to hospital protocol, but a miscommunication must have caused some issue between UC San Diego Health and the CDC, leading to the patient's inadvertent release back to the base.

According to the CDC, as of Feb. 13, there are 15 confirmed coronavirus cases in the U.S.

UC San Diego Health officials stressed that the medical center is fully equipped to handle the illness, which has now been dubbed COVID-19 by the World Health Organization.

So far, Miramar has received two flights carrying evacuees from Wuhan. A total of 167 evacuees were aboard the first flight that arrived on Feb. 5. The second flight carried 65 people to the base on Feb. 7.