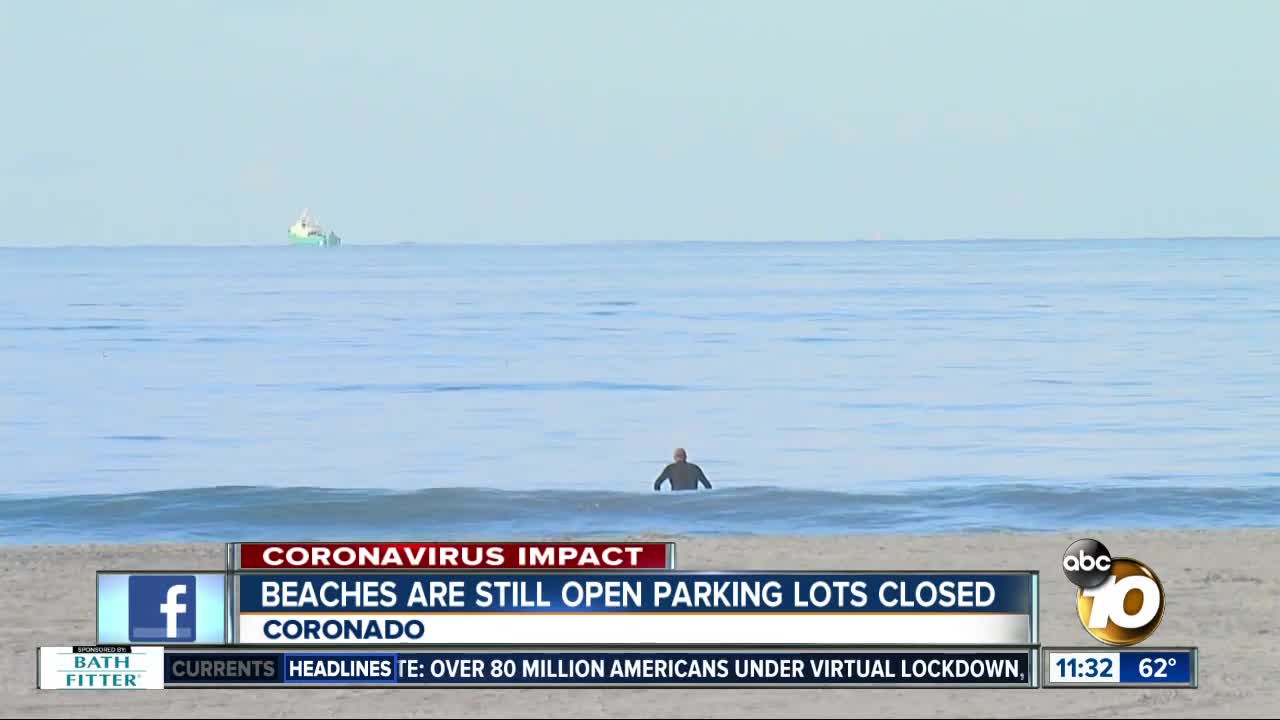 Coronado beaches are still open, but city officials say they are taking steps to keep people from gathering.

On Tuesday morning, 10News observed numerous people walking on the beach and surfers were still in the water. Everyone was doing their best to practice social distancing, but basically going about their business.

Meanwhile, beaches and parks within the City of San Diego were shut down.

Though beaches are open, Coronado officials have put up signs at some beach parking lots encouraging people to stay home and avoid hanging out on the beach.

Some surfers told 10News they believe Coronado will soon follow in the footsteps of San Diego and close the beaches too.

Coronado officials said they have removed physical fitness equipment on the beach to make sure people are not holding workouts.