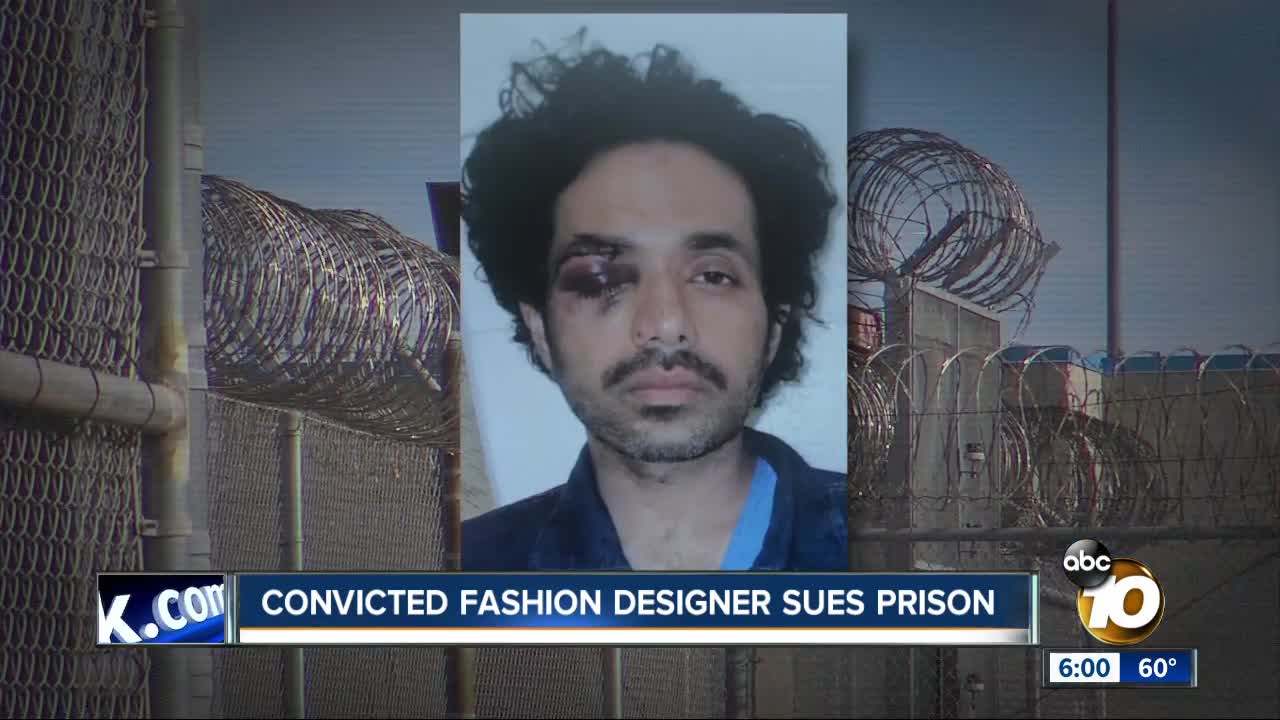 A convicted rapist and former fashion designer is suing a prison. SAN DIEGO (KGTV) - An inmate at R.J. Donovan State Prison has filed a lawsuit against the California Department of Corrections and Rehabilitation.

Anand Jon Alexander filed the complaint on Monday, alleging prison officials failed to keep him safe and to provide adequate medical care after he was assaulted behind bars.

In the complaint, Alexander claims he was attacked by another inmate while waiting to make a phone call on May 18, 2019. He was allegedly stabbed multiple times in the face and kicked on the ground.

After the attack he sustained “five facial fractures, a lower orbital floor blowout, sinus and nasal fractures, a deviated septum, a 50% abrasion to the right cornea, long term impairment of his vision and respiration, serious nerve damage, PTSD” according to the complaint.

An up and coming fashion designer, Alexander had been featured on “America’s Next Top Model” and was listed in Newsweek’s “Who’s Next in 2007.”

But his career was put on hold after being accused by multiple women of sexual assault.

Many of the charges were dropped, but he was convicted on one count of rape and 15 other counts following a trial in Los Angeles. The jury found him not guilty or were hung on several other counts.

Alexander has maintained his innocence. In the complaint, his lawyer writes he “has acknowledged the existence of blurred lines between his personal and professional relationships…Nevertheless, he holds steadfast to his innocence.”

The American Justice Alliance, a group which seeks to free prisoners who have been wrongfully convicted, submitted an amicus brief to the Federal Central District Court.

In it, they wrote Alexander “was targeted by a collusion of disgruntled business associates and some former girlfriends, who have admitted they were out to “bring him down,” and “get revenge,” seeking notoriety and monetary benefits. He was then subject to a prosecution and trial riddled with extraordinary police misconduct.”

The lawsuit names CDCR as well as Marcus Pollard, the Warden of R.J. Donovan Correctional Facility and Daniel Paramo, the former Warden.

It alleges prison officials failed to protect Alexander from harm and after he was injured gave “deliberate indifference to Mr. Alexander’s medical condition.”

They are seeking unspecified monetary damages and a jury trial.

So far, no criminal charges have been filed against the assailant.

10News reached out to CDCR for comment but had not heard back before the story was published.