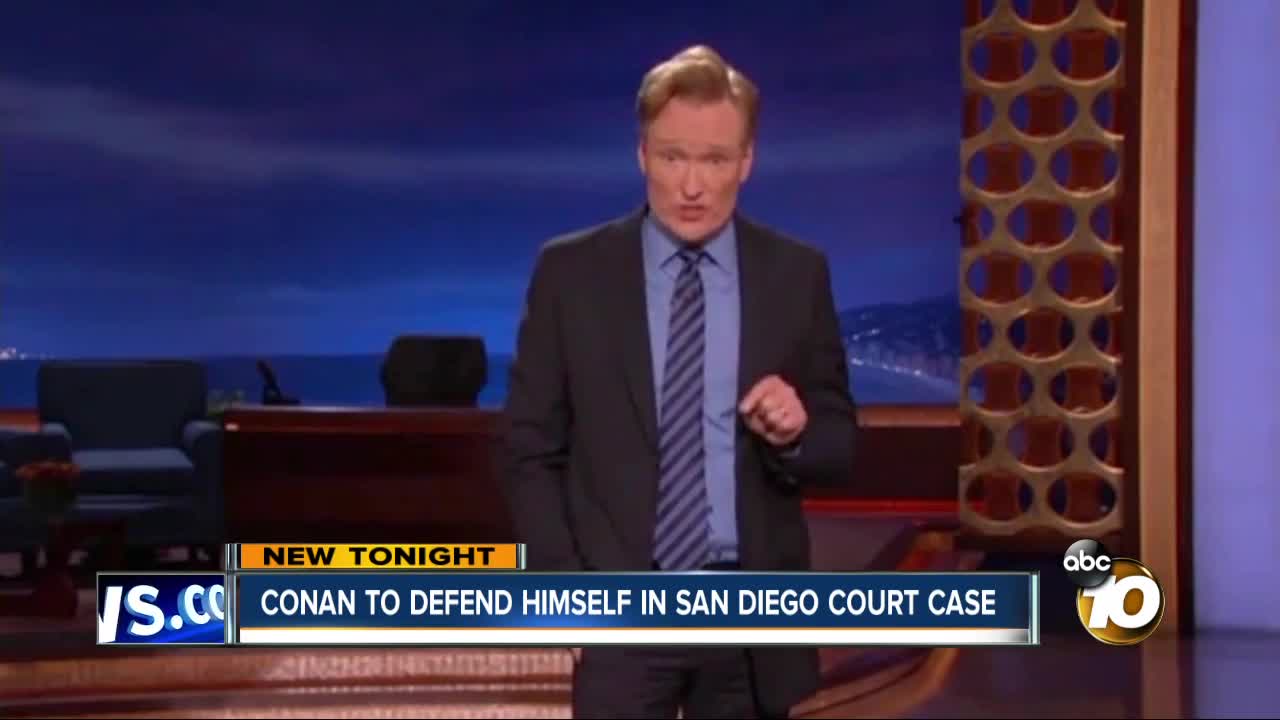 Normally when we see Conan O'Brien in San Diego, it's here at Comic-Con. But next month, he'll be here — at the federal courthouse.

SAN DIEGO (KGTV) — Normally when we see Conan O'Brien in San Diego, it's here at Comic-Con.

But next month, he'll be here — at the federal courthouse.

All because of three jokes.

"No, there's a story about him doing something nice that I thought was really sweet," O'Brien starts in a joke about football player Tom Brady, from an episode of his talk show on TBS in February 2015.

The problem? Freelance comedy writer, Alex Kaseberg, from San Diego, says he posted an almost identical joke on his blog and Twitter the day before.

And it wasn't the first time.

"On Monday, a Delta flight from Cleveland to New York took off with just two passengers. Two passengers on the whole plane. Yet somehow they spent the whole flight fighting over the armrest," O'Brien joked during another punchline in question.

Kaseberg sued for hundreds of thousands of dollars and after four years of legal wrangling, it's finally going to trial.

Mike Vinn is a comic based out of the Comedy Store in La Jolla. He feels for anyone who's had their material stolen.

"It happens more than you think," Vinn said. "It's a huge deal because all the time and the work and the effort that a comic has to put into writing his own material or her own material."

But with thousands of people writing jokes about current events every day, it's also common for people to come up with the same line.

"There's a fine line between joke stealing and just being similar," Vinn adds.

That's exactly what O'Brien's team is arguing, in court and online. Show co-host and comedian Andy Richter sarcastically tweeted, "There's no possible way more than one person could have concurrently had these same species-elevating insights. These takes are too hot!"

Vinn thinks you can make a compelling argument for both sides of the case.

Ultimately, it will be decided in court. The trial is scheduled for the end of May.