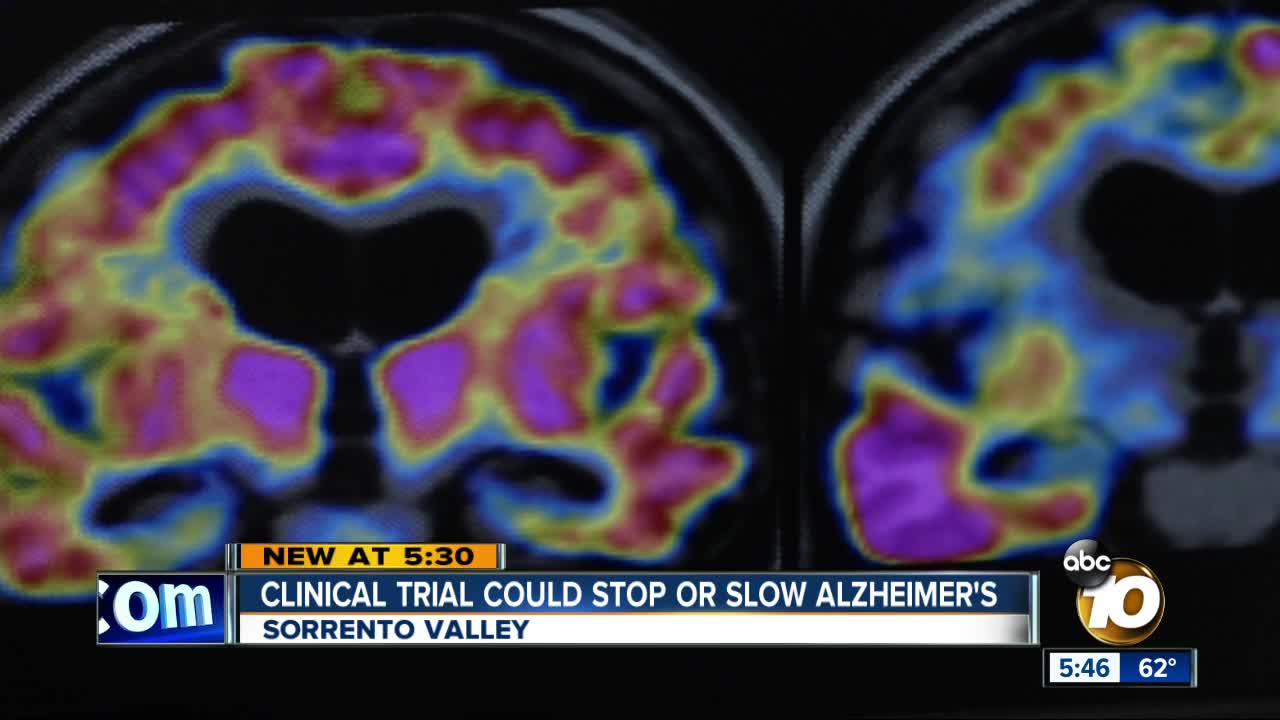 SAN DIEGO (KGTV) - Anyone touched by Alzheimer's knows how painful the disease is.

"It's affected my family. It's affected most families. It's such a prevalent disease. As people get older, it becomes quite likely this will become an issue," said Paul Aisen, director of USC's Alzheimer's Therapeutic Research Clinic (ACTC).

Aisen's team began their research in San Diego many years ago and teamed up with USC about four years ago.

He's spent over 30 years trying to solve Alzheimer's mysteries and is leading the upcoming clinical trial.

Aisen says the large-scale study is the culmination of decades of work from scientists worldwide.

"Our focus lately has been trying to alter the disease, prevent it, or significantly slow its progression. How should we do that? We think attacking amyloid early is the most promising approach," said Aisen.

Researchers believe sticky amyloid deposits, which form on the brain later in life, start the Alzheimer's process. Aging, genetics, and lifestyle factors can all contribute to amyloid build-up.

A drug called BAN2401 will be delivered intravenously, designed to bind to the sticky amyloid. The binding neutralizes beta amyloid and helps "tag" it, so the immune system can recognize it and clear it from the brain.

They're seeking participants over 50 who are not yet showing symptoms of Alzheimer's but do have elevated amounts of amyloid on their brain. Researchers can determine that through a PET scan or spinal tap.

"We think that the most promising approach of all is to take a vigorous attack on amyloid while the brain is still functioning normally. And we can see amyloid in people many years before they develop the symptoms of Alzheimer's."

Investigators hope that by treating a patient with BAN2401 very early in the disease, before symptoms occur, it will significantly slow disease progression.

"If we're successful, it will have a huge impact on human health," said Aisen.

There will be 100 sites worldwide for the study, including major cities like San Diego and Los Angeles.

Study participants will receive treatment for four years, given either the drug or a placebo. Results are expected in seven years, Aisen says.

If you or a loved one wants to participate, learn more here.

Screening will officially begin in May.