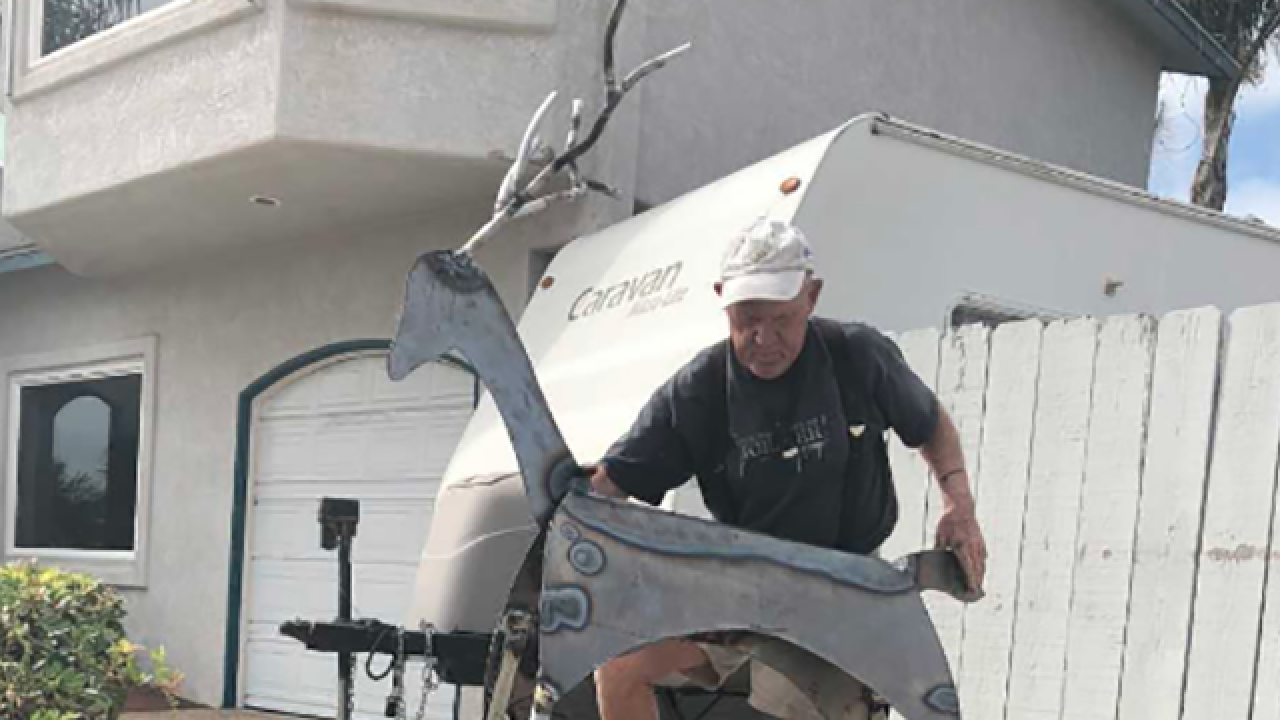 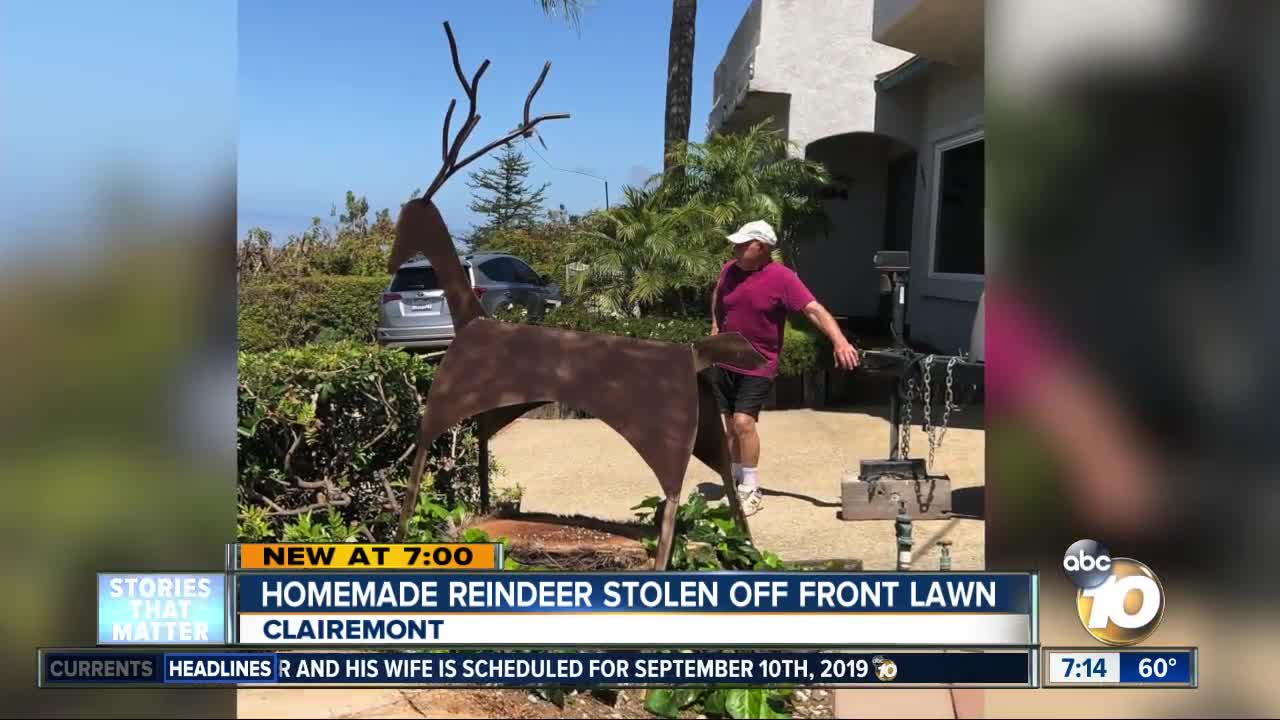 CLAIREMONT (KGTV) - A Clairemont couple is heartbroken after their homemade metal reindeer, that stood about 5-feet tall, was stolen off their front yard.

"Oh I loved it, I loved it! And you know my neighbors did too, they would comment on it," Shurli Wilkinson said neighbors first saw the reindeer appear perched on three palm tree trunks that acted as a pedestal.

"I wanted to make a deer for the front yard so we could decorate for Christmas," Metal Artist Don Rochrke said. He spent weeks creating the life-sized brown deer for his wife of 5 years.

Wilkinson loves Christmas and was excited to put it out as soon as it was finished. "It's a wonderful time of the year, it's a time of sharing and giving, loving and expressing... It was something he did specially for me because I wanted the reindeer," she said as tears grew visible in her eyes.

She was shocked when she woke up Sunday morning, looked out the bedroom window and saw it had vanished.

"Apparently someone liked it enough to take it," Rochrke said. Wilkinson said he loves creating metal art and when he's finished, if he likes it, he wants to keep it, and if not, he's too embarrassed to think of someone else displaying it in their home. He's never sold his art.

Instead, his home displays his vast collection, including floating whales in the kitchen, fish and turtles swimming on the walls and various waterfowl dotting the rooms.

As he gets older, the work becomes more difficult.

"He's had his wrist fused and he has to have his shoulder replaced... I was thinking it was one of the last pieces of art that he would be doing," she said.

The loss cutting that much deeper.

"Creating to me is the opposite of dying and since he's almost 80 and he's still creating it thrills me because I know he's living and enjoying life," Wilkinson said.

The reindeer, serving as a symbol. One that she wants back, "it's just something precious that someone did for another person and for someone to take that away is heartbreaking."

Wilkinson said they're now thinking about buying a surveillance system to keep something like that from happening again. Rochrke said he asked if the police could patrol the area, and was told the area has too little crime.

Rochrke said the statue weighed around 50 pounds and probably took 'two guys and a truck' to haul it away.

Both hope the reindeer will be returned.