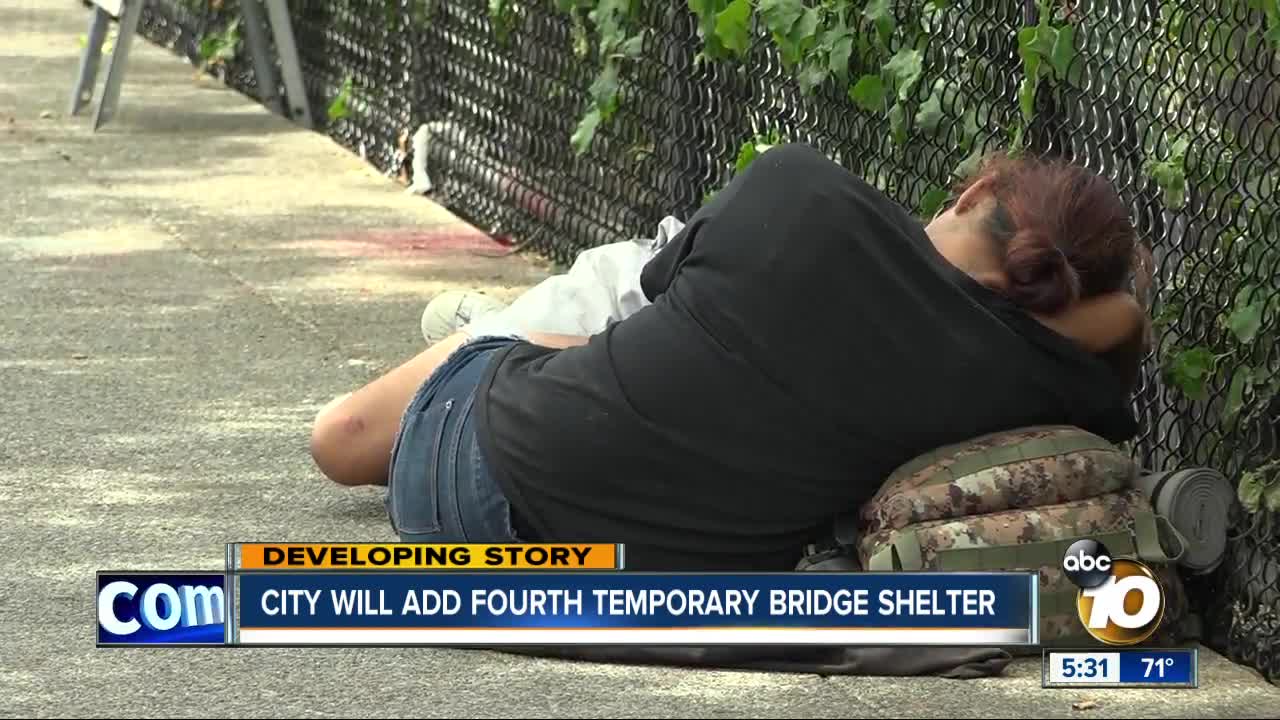 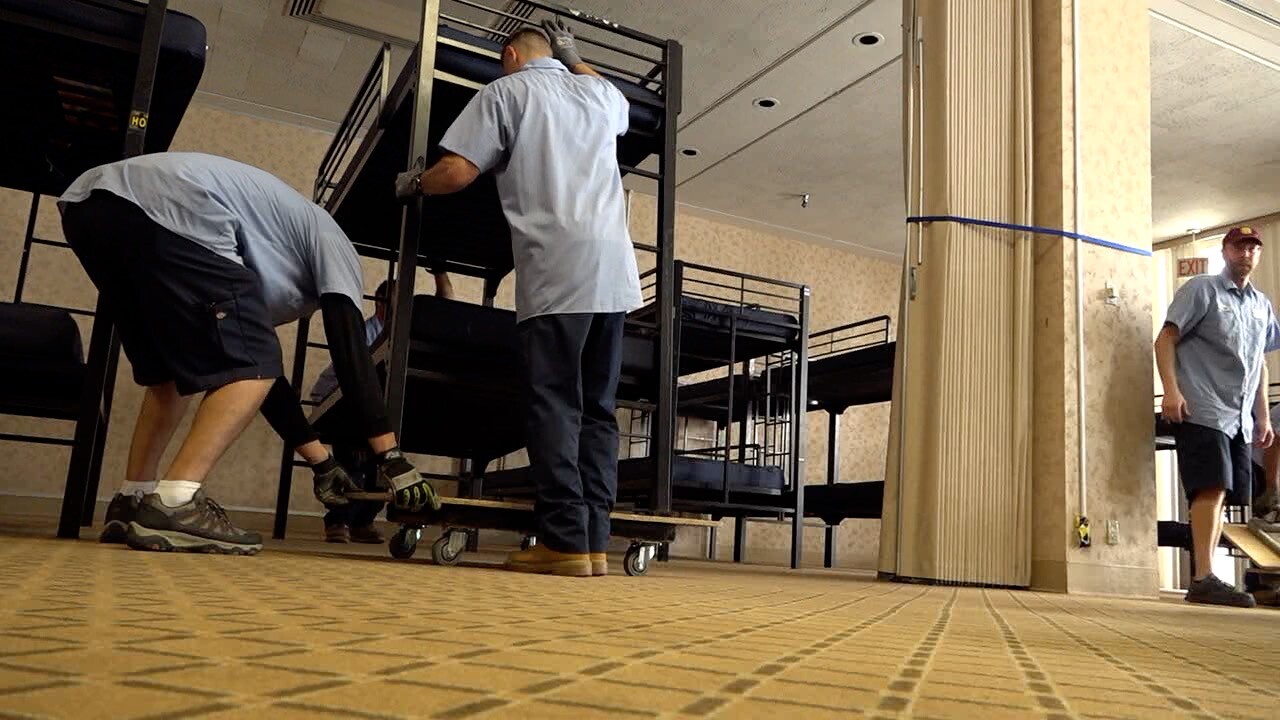 SAN DIEGO (KGTV) - San Diego will continue using part of the second floor of Golden Hall as a temporary bridge shelter, and add a fourth location on the other side of downtown.

The City Council voted Tuesday to fund its three current shelters for the next year, and seek an operator for a new one at 17th and Imperial.

A recent point in time count found more than 5,000 homeless people in the city - about half of whom are unsheltered. The temporary bridge shelters in total have about 665 beds.

The San Diego Housing Commission reports that since the shelters opened around December 2017, about 540 previously homeless people - or 39 percent - have transitioned to permanent or other long-term housing after a month-long stay. That shows improvement from a March 2018 update, when that number was about 14 percent.

"We're making headway big time," said Bob McElroy, who heads Alpha Project - which operates a downtown shelter. "Some of our folks have been out here 20-plus years, and you're not going to get your proverbial you-know-what together in three months."

The City Council authorized about $11.6 million to fund its three shelters for the next year. It also diverted $1.6 million to the new shelter, for which it will seek an operator.