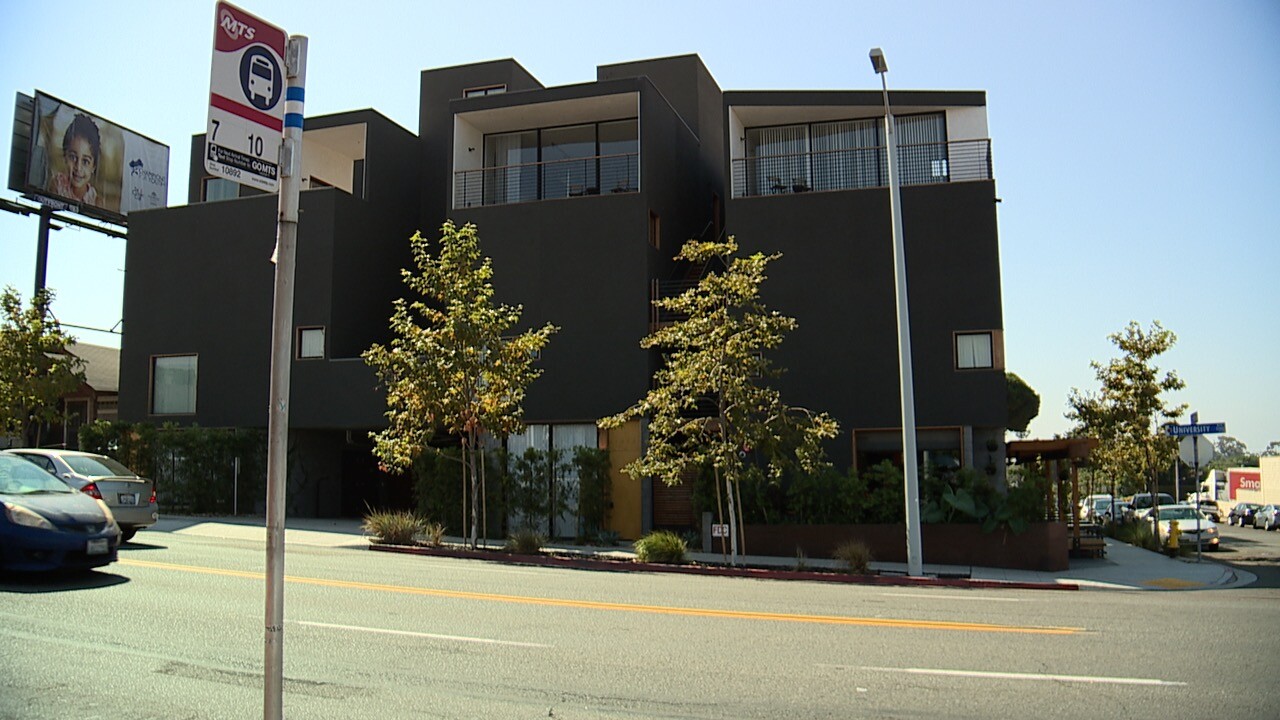 The city is opening a code enforcement investigation into an apartment complex that is made up almost entirely of short-term vacation rentals.

The complex, called The Louisiana, is on University Avenue in North Park.

A company called Sonder has leased each of its 13 market-rate apartments to rent to visitors (the complex has two affordable units as well). A one-bedroom apartment is listed at $150 per night for a weekend in October.

The city made the call after a group called Save San Diego Neighborhoods held a press conference outside the complex Thursday.

Board member Brian Curry said this type of business is contributing to the city's supply crunch that pushes up rents. He also questioned whether the complex, permitted as mixed-use apartments, is allowed to be operated more like a hotel.

"It is simply wrong to steal housing from our residents to meet the visitor room night demand," said Curry.

In a statement before the city announced its investigation, Sonder defended its arrangement with the developer.

"Sonder San Diego strictly complies with all local laws and pays all local taxes, period. Contrary to recent false claims, our location on University Avenue is fully licensed, legal and not zoned ‘residential' but for commercial and mixed-use with visitor accommodation allowed by right," the statement said. "We look forward to continuing to grow and give back in San Diego while working with the City on real solutions for affordable housing.”

Additionally, the buildings developer said the extra funds from the lease with Sonder is helping to fund other housing construction faster.

Councilwoman Barbara Bry, who attended Thursday's news conference, said the city can't build its way out of its housing crisis without addressing the proliferation of short-term rentals.

10News has reached out to Sonder for comment on the city investigation.