City removing hundreds of trees from Tierrasanta canyon with helicopter 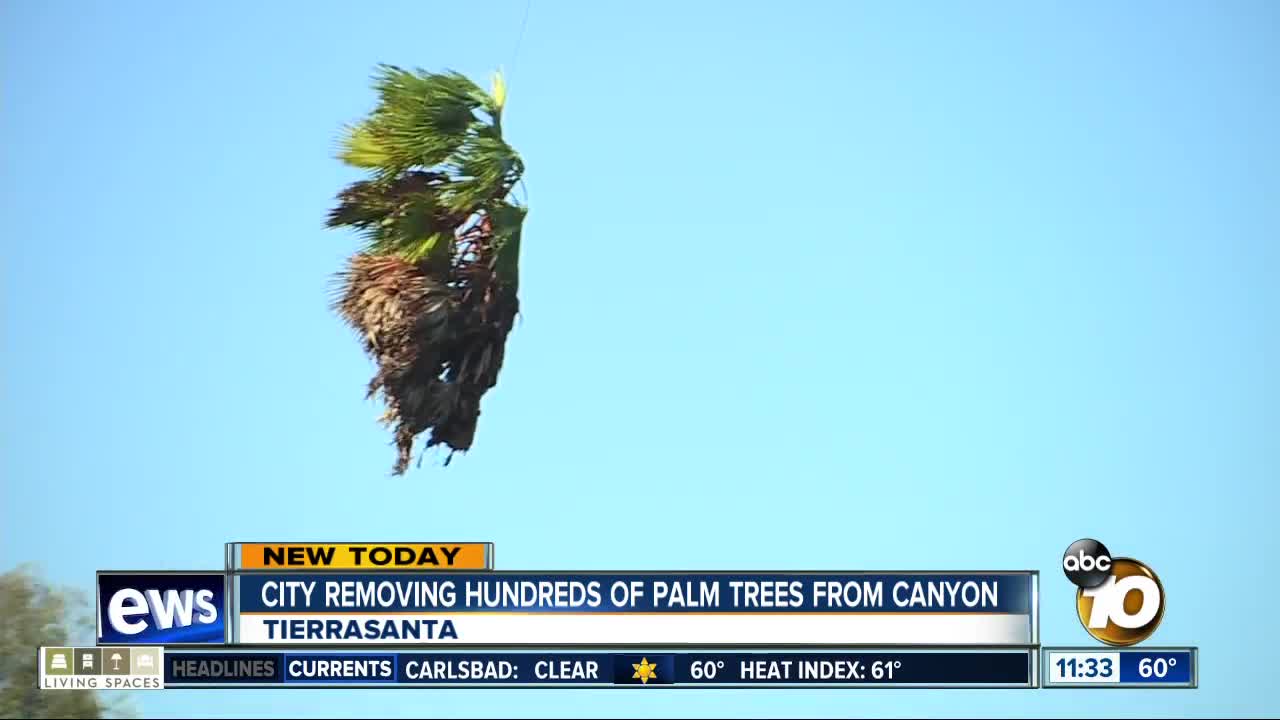 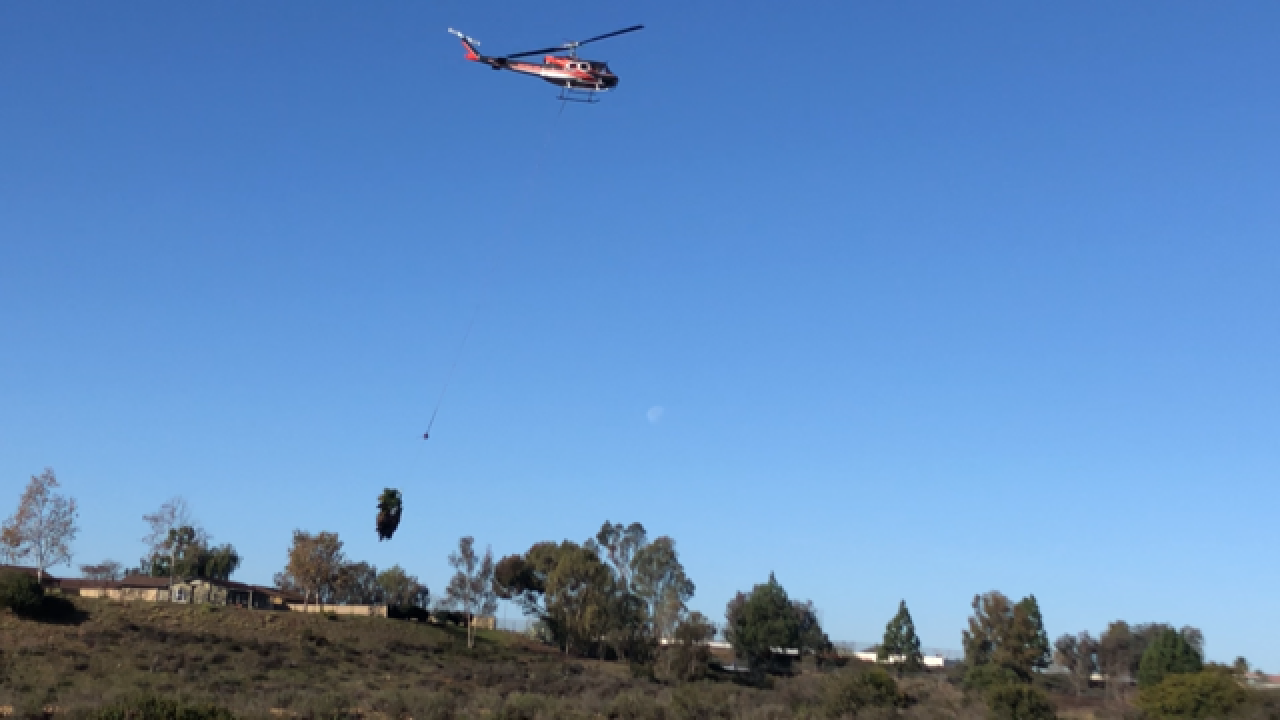 SAN DIEGO (KGTV) - Over the next three days, City of San Diego crews will remove hundreds of palm trees from the Rueda Canyon in Tierrasanta by helicopter.

The city is working with the San Diego Canyonlands nonprofit and the San Diego River Conservancy throughout the process, which is expected to last through Friday.

Hikers and joggers are warned not to enter the canyon while the tree removal is underway.

“It’s extremely dangerous for anyone to be in there, it’ll actually stop the operations,” said Eric Bowlby, Executive Director of San Diego Canyonlands.

The palm trees are not native to this region. Bowlby added they aggressively establish themselves and grow along the narrow stream at the bottom of canyons. The trees absorb so much water, they hinder the growth of all the native plants in the area.

Because these palm trees grow so quickly, they’re also very hard to maintain. Dead fronds often create a skirt around the trees that’s not only a fire hazard but also becomes an area for pests, like rats, to live and breed.

“We’re going to be removing some 300 mature Mexican Fan and Canary Island Palm Trees from Rueda Canyon,” said Bowlby. “That would be about 90,000 pounds of fuel that would otherwise remain in the canyon and in the event of a fire add a tremendous amount of danger and fuel to the community.”

Once the trees are removed, they will be replace with trees native to our region, like Willows and Coast Live Oaks.

The project was funded with money from a state grant.