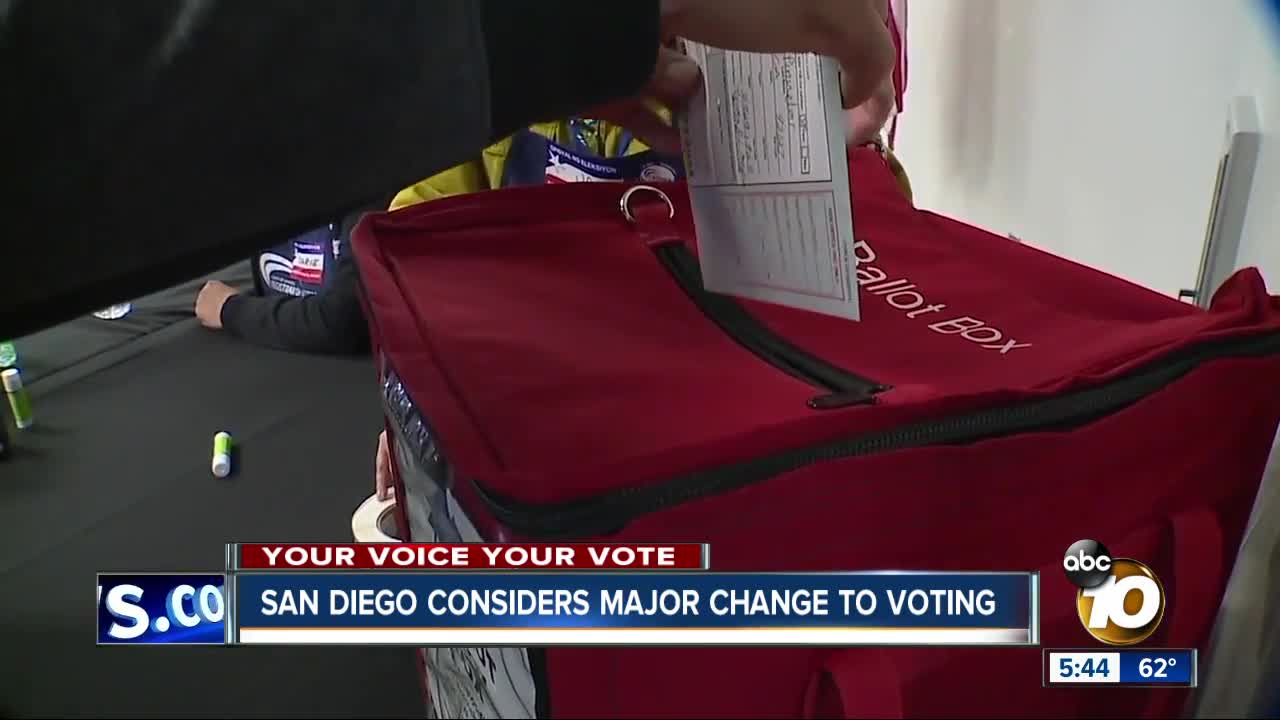 The City of San Diego will consider making a significant change to the way voting is done, best known as "ranked choice voting." 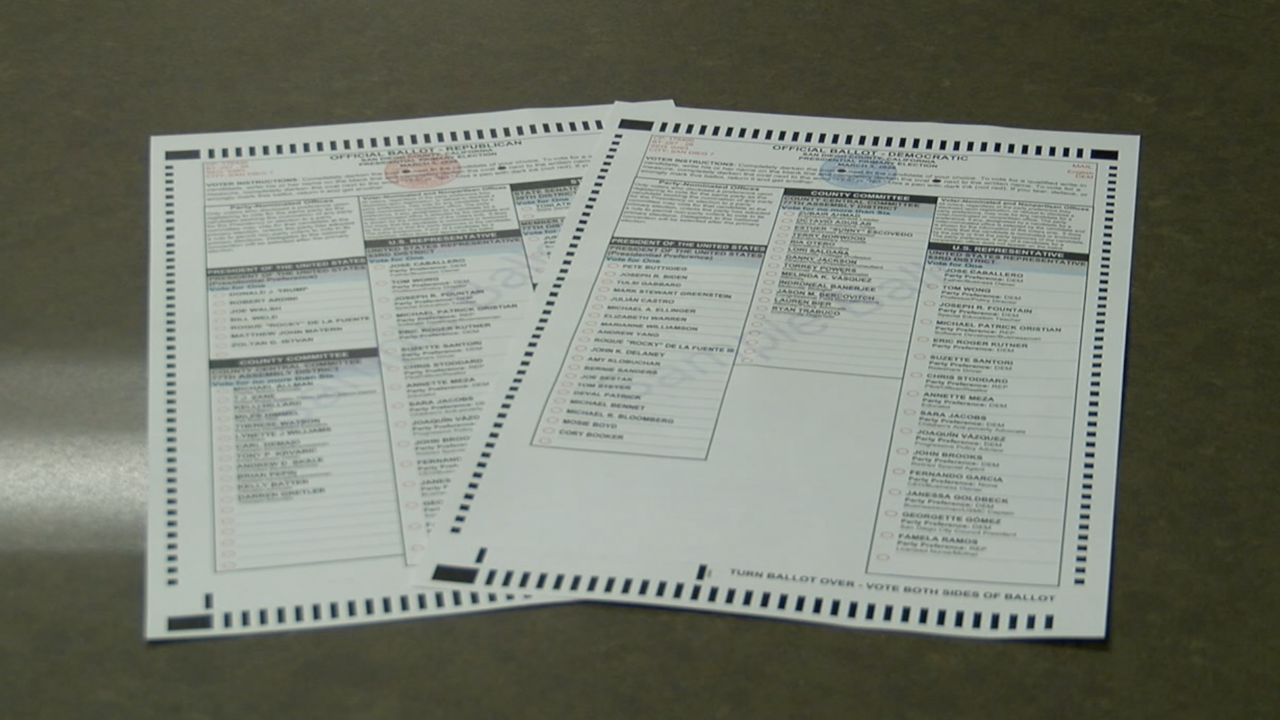 SAN DIEGO (KGTV) — The City of San Diego will consider making a significant change to the way voting is done, best known as "ranked choice voting."

It would allow voters to list up to four candidates in order of preference, rather than just cast a traditional ballot for one candidate.

"It's a very interesting system that hopefully decreases some of the negative campaigning that we ordinarily see," Councilmember Mark Kersey, who supports ranked choice, told 10News Friday.

In the proposed version of ranked choice that San Diego is considering, the top four candidates in each primary race would advance to the general election, rather than the top two. In November, voters would then rank the candidates by preference. If one candidate has more than 50 percent of the vote on first count, that candidate would win. If no candidate reaches 50 percent, the last place finisher would be thrown out. That person's votes would then be reallocated according to the voters' second choice. The field would continue winnowing until a candidate tops 50 percent.

UC San Diego political science professor Thad Kousser says ranked choice allows voters to feel like they are not wasting their vote on a long shot, and helps avoid the idea of voting for the lesser of two evils.

"It allows voters to take a sincere vote without throwing away the weight that their vote would have," Kousser said.

"It could give candidates incentive to play nice with each other, to be less negative in their advertising beceause they would love to be second place on every voter's dance card," he added.

Other cities in California have already adopted ranked choice, including San Francisco, Oakland, and Palm Desert. The concept is also gaining steam elsewhere in the country, with Maine moving to ranked choice for statewide elections.

"There's a reason why people are looking at doing it this way," Kersey said. "I think it's just a better way."