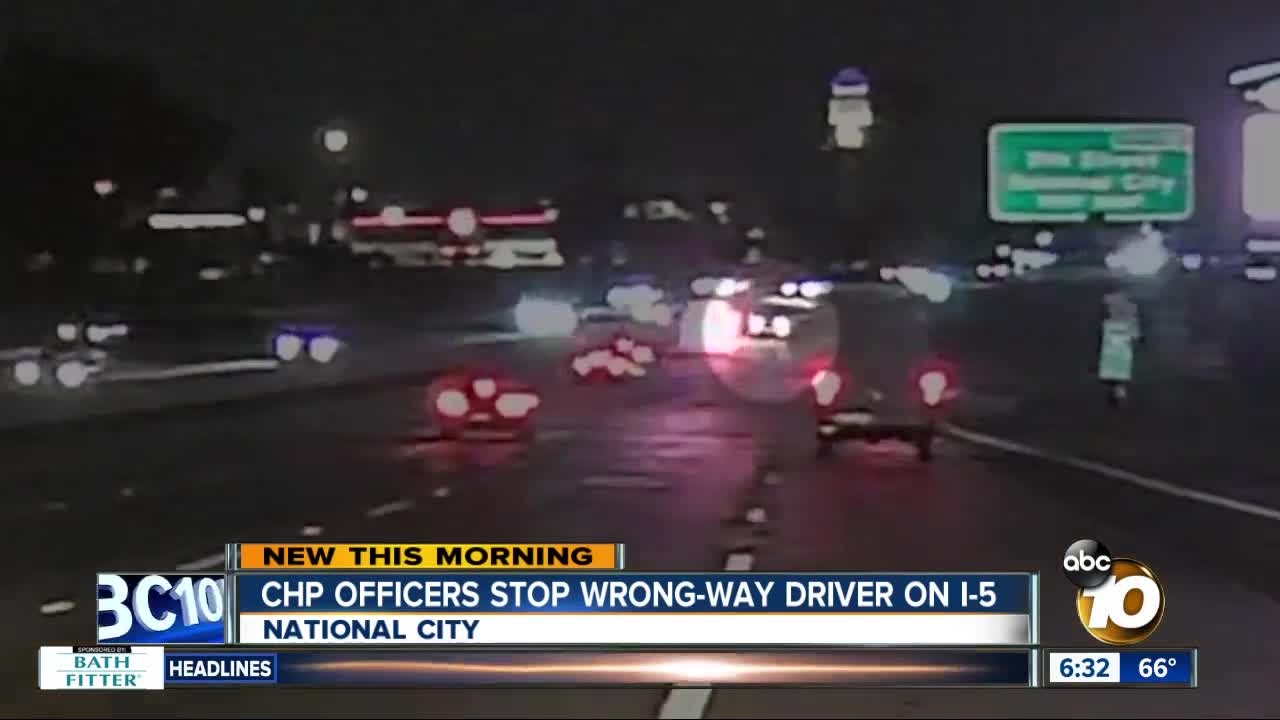 NATIONAL CITY, Calif. (KGTV) - A driver was stopped by California Highway Patrol officers early Friday morning after he had been driving the wrong way for about 10 miles on Interstate 5 in the South Bay.

At around 5:20 a.m., CHP officers were notified of a car heading northbound in the southbound I-5 lanes and stopped the vehicle at 8th Street in National City.

CHP officials said the male driver, believed to be elderly, had been traveling the wrong way from Via De San Ysidro in San Ysidro.

The driver was questioned and briefly handcuffed, but CHP officials said he was not under the influence. The driver appeared to be confused and disoriented, according to officials, and it is unknown where he was heading on Friday morning.

As his car was towed away from the scene, the driver was taken to a CHP station so his wife could pick him up.

The driver is not expected to face any charges, but 10News learned he was ordered to take a driving re-examination through the DMV.

No one was hurt in the incident.

Jim Gleason, a driving instructor who often works with seniors, told 10News sometimes when he's assigned an elderly client who needs to have their driving reevaluated, it's due to cognitive issues or they aren't able to think as clearly as clearly as they once did.

He said sometimes it's early signs of dementia and results in a driver's license being revoked.

Gleason said some clients he sees are ordered to get reevaluated after a law enforcement officer spots them making a traffic violations, sometimes it's swerving into other lanes, but can be as serious as driving on the wrong side of the road, or even crashing into buildings.