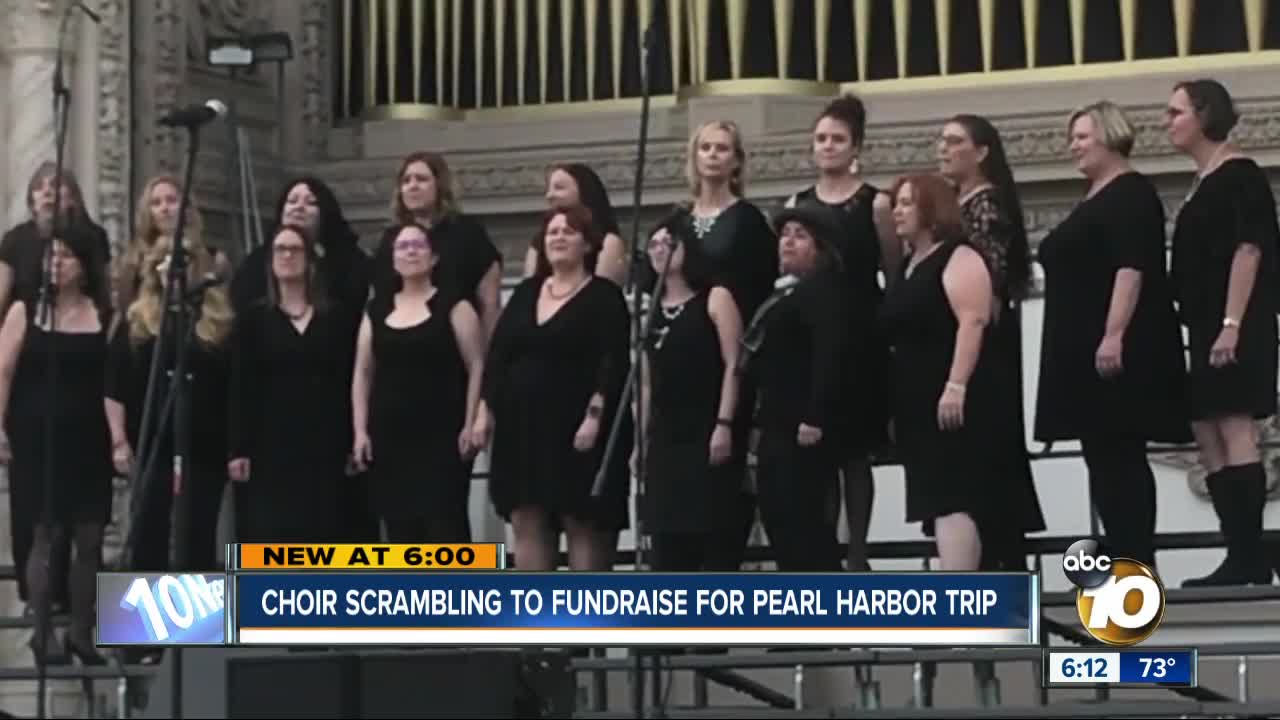 SAN DIEGO (KGTV) - The oldest San Diego women's choir is scrambling to raise funds for a last-second trip to sing at the Pearl Harbor Memorial Ceremony.

The Choral Club of San Diego dazzled crowds from veterans homes to Spreckles Organ Pavillion. They've been singing since 1939.

"It was a very private women's group. They all got together in their homes and they had tea," Executive Director Caron Andregg said, painting the picture of what the club looked like back then.

In 2012, they officially became a 501(c)(3) non-profit and over the past five years they've been tuning to a more modern note.

"We've filtered out a lot of the older traditional music and we started filtering in more modern music," Andregg said.

She said the crowds have loved it and they've ran with it, gaining notoriety and ultimately an invite to the Pearl Harbor Memorial Ceremony. Andregg added someone personally recommended the club to the organizers of the event on Honolulu.

The group has been frantically making calls for two weeks, but are not gaining any traction.

"I can't even get people to pick up their phones ... That's why we're panicking and asking you for help," Andregg said.

The club is stepping in after an East Coast choir suffered a misfortune and couldn't perform.

Andregg said they are honored for the opportunity to be the only vocal ensemble.

The group needs to raise $30,000 in a month so they can book the flights and lodging for the choir members.