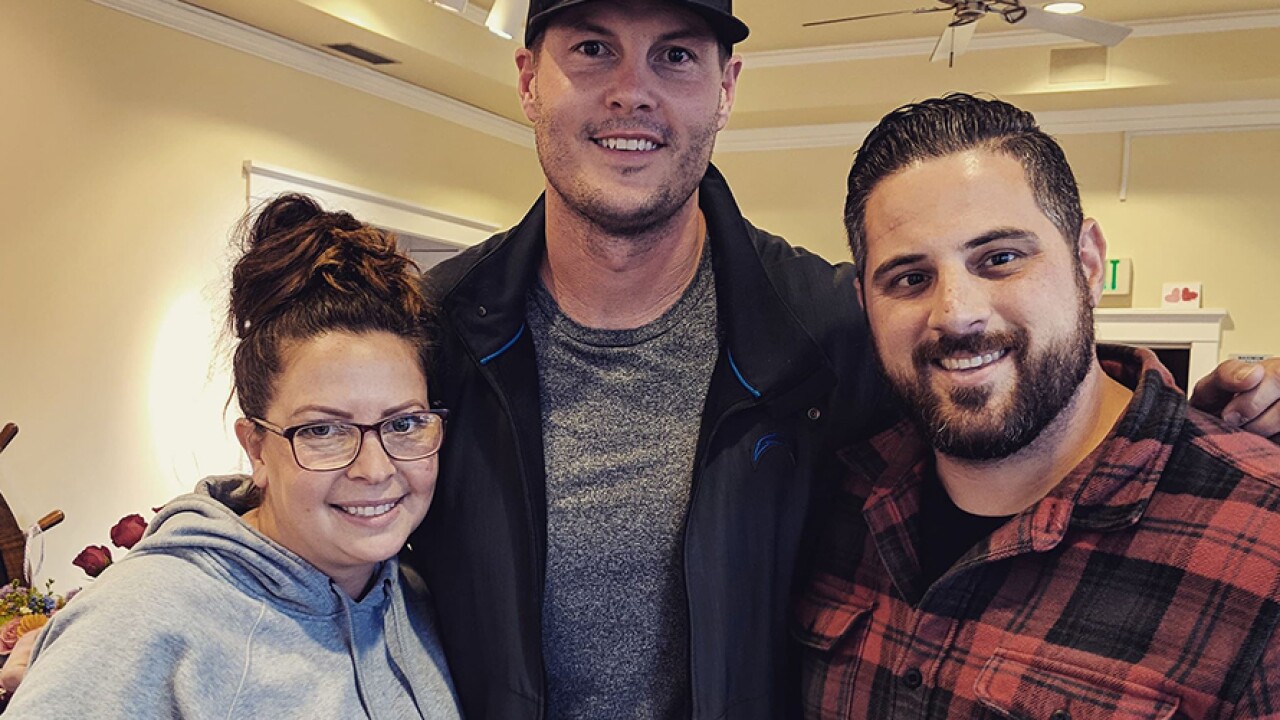 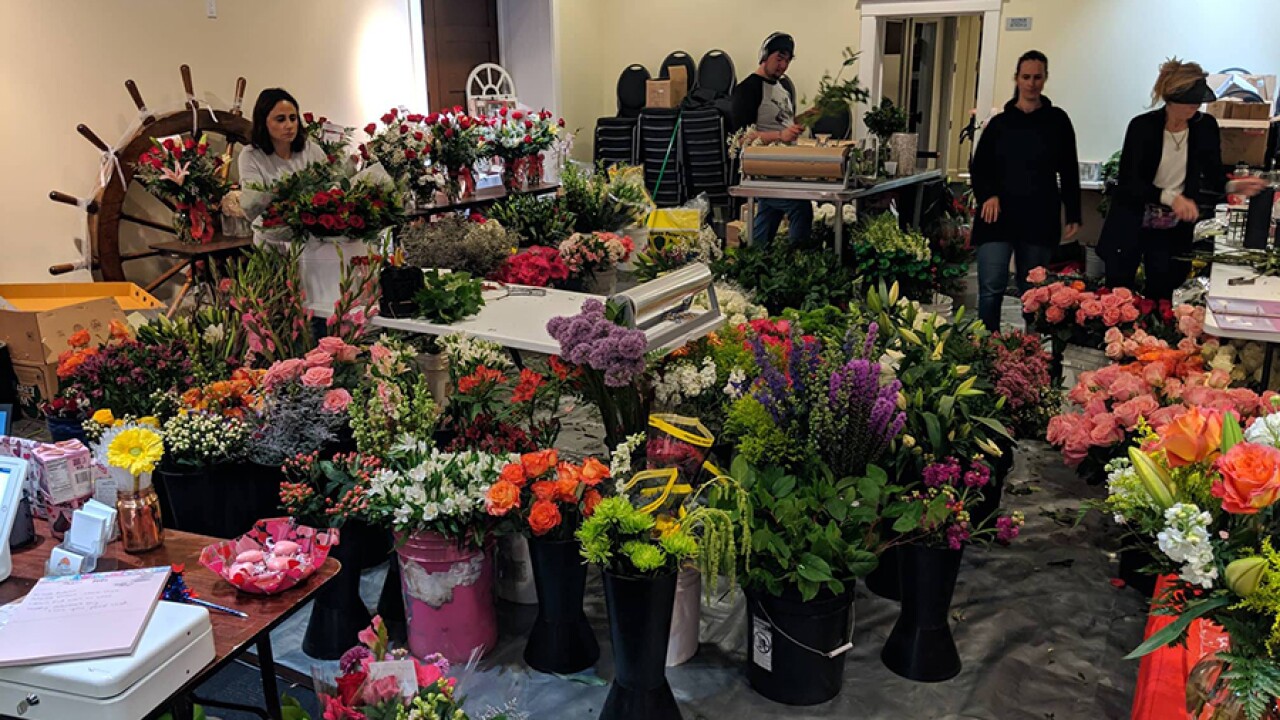 CORONADO, Calif. (KGTV) - The owner of a Coronado flower shop has experienced some bad luck in the last two years, but one of San Diego’s most famous residents helped brighten up her store's Valentine’s Day.

Rain or shine, Shanel Albert’s Coronado Flower Lady shop was going to be open on Valentine’s Day for those looking to pick up flowers for their loved ones.

However, the special day happened to fall on the same day that one of the strongest storms of the season hit San Diego County.

The pouring rain proved to be too much for Albert, forcing her to move her business on Orange Avenue to the shop’s production area inside the Coronado Museum of History and Art, behind the Tent City restaurant.

While the Coronado Flower Lady only moved a few yards, it seemed that no one came by due to the rain or because they had a hard time finding the shop.

“We had another weather crisis and had the worst sales day for Valentine’s Day. We relocated in a nearby building and no one came or could find us,” Albert said.

The day was not a complete loss for the Coronado Flower Lady, as Los Angeles Chargers quarterback Philip Rivers stopped by the shop before closing.

Rivers, according to Albert, walked in “to buy a bunch of flowers for his wife and kids” and was a “super nice guy.”

The quarterback and his family, who still live in San Diego despite the team having moved to Los Angeles, were in Coronado for a family getaway, Albert said.

On the bright side, we got to make flowers for Philip Rivers. Super nice guy. #lachargers #silverlining #rainraingoaway #philiprivers #philipriversincoronado

The rainy Valentine’s Day was not the first time the Coronado Flower Lady shop has had to deal with adversity.

In late 2017, an accused drunken driver smashed into the business, forcing it to close for nearly six months.