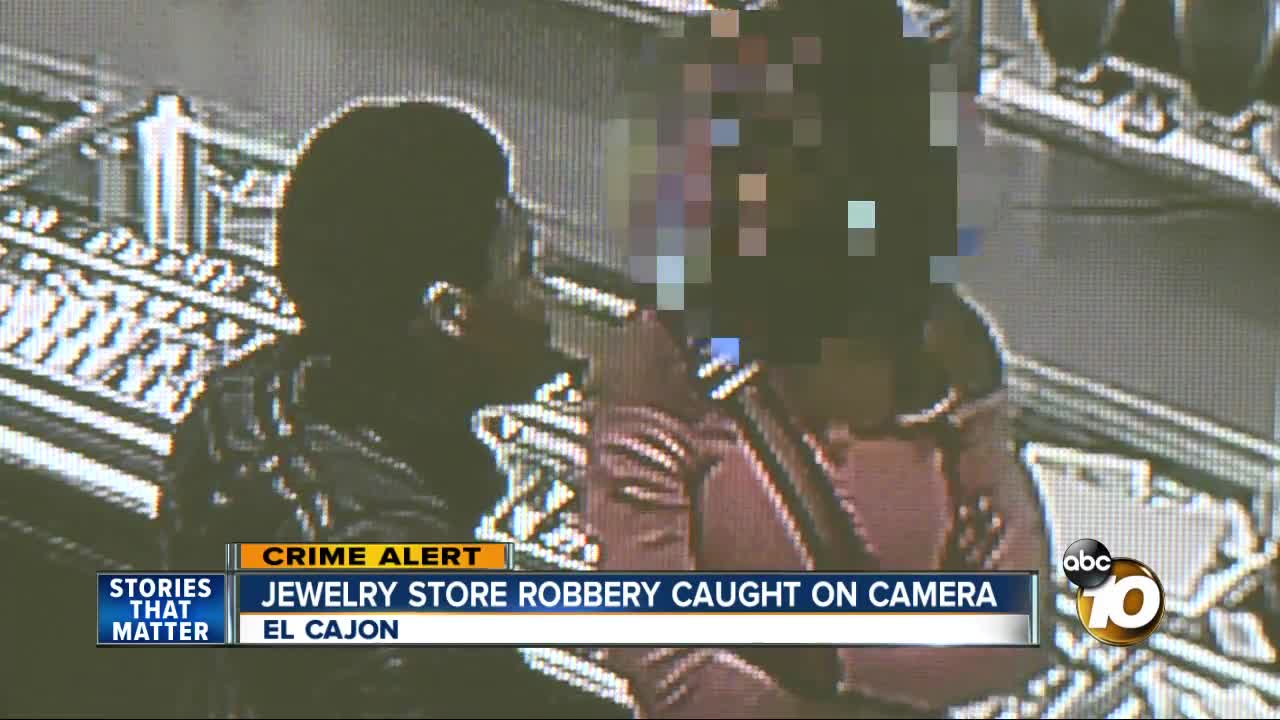 A family jewelry shop in El Cajon is out tens of thousands of dollars after a brazen robbery Friday. 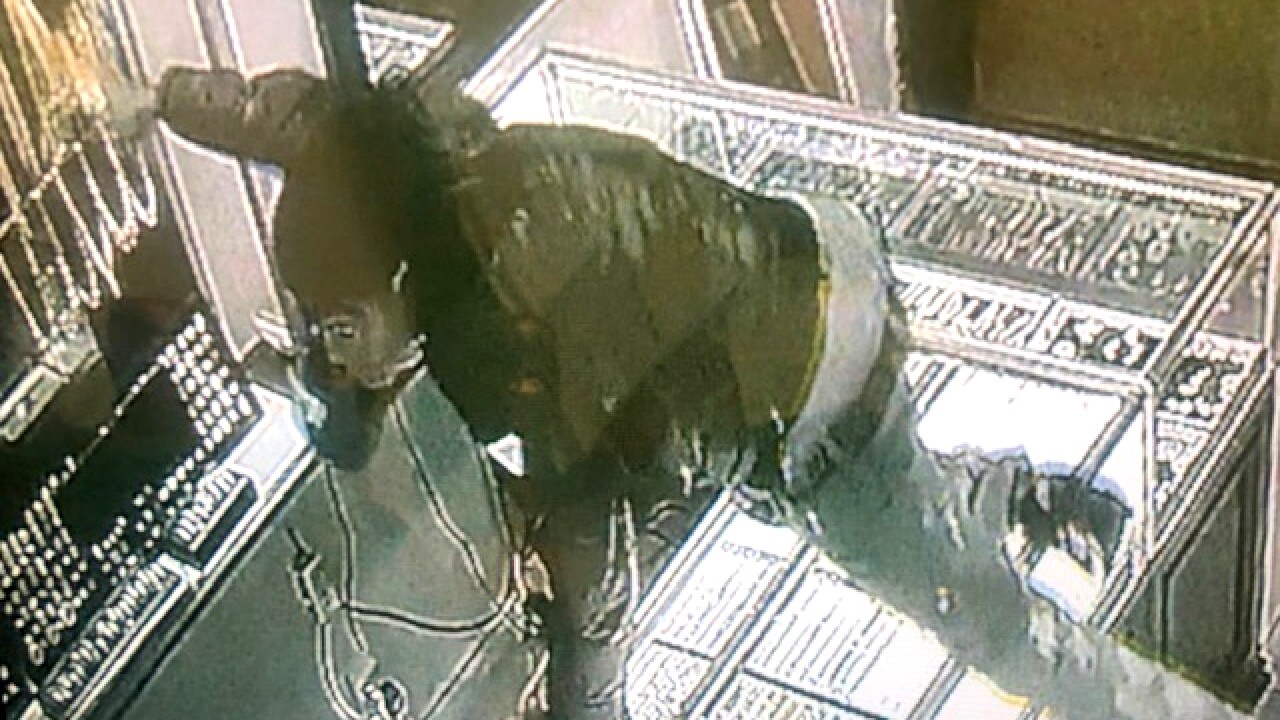 EL CAJON, Calif. (KGTV) — A family jewelry shop in El Cajon is out tens of thousands of dollars after a brazen robbery Friday.

A couple entered Ishtar Jewelry Store on Avocado Avenue and began browsing around. It was a seemingly ordinary evening.

"They were looking for different pieces of jewelry, bracelets, necklaces," said Nadin Toma, the store owner's daughter. "My mom was the one who was helping them out. The female found a piece that she liked."

After that, Toma said the woman claimed she needed to get her wallet from the car to purchase the piece of jewelry.

"Our door to get in is an electric door," explained Toma. "We have to buzz anyone in and out just for security purposes."

So, the woman was buzzed out, but Toma said she held the door open.

That's when the man by her side made his move, jumping over the display counter, snatching up a handful of gold chains, then running out of the wide-open front door.

"They just grabbed and ran as fast as they could," Toma said. "They got away."

But, the thief also left something behind. His fanny pack hooked onto the front door and broke off his body as he ran away.

Toma said inside the fanny pack was the suspect's identification card, which she gave to police.

She also said a Good Samaritan wrote down the license plate number of the car the couple used to get away.

"With any robbery, it's very painful for anyone who goes through it," said Toma. "Unfortunately, it happened to us."

Toma is hoping the ID card and the license plate number will help police track down the suspect.