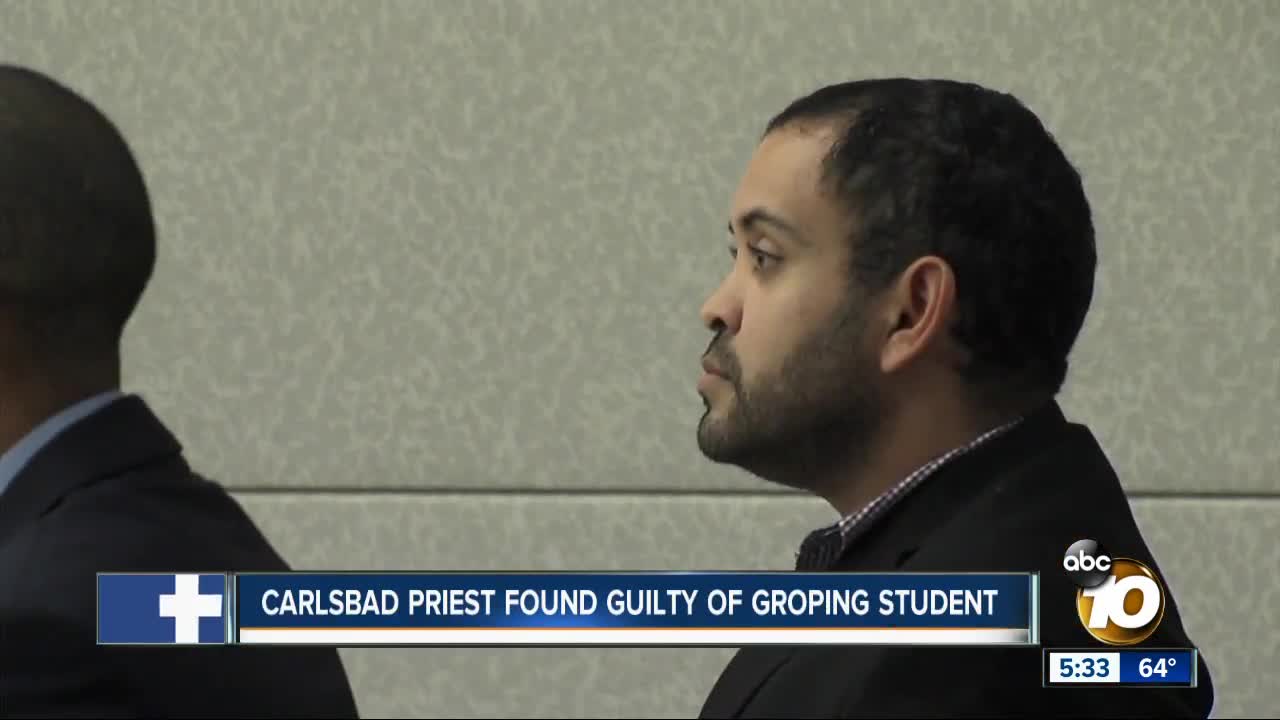 A Catholic priest who grabbed a seminary student's groin from behind in a restroom stall during a night of drinking at a Carlsbad restaurant was convicted of misdemeanor sexual battery.

VISTA (CNS) - A Catholic priest who grabbed a seminary student's groin from behind in a restroom stall during a night of drinking at a Carlsbad restaurant was convicted of misdemeanor sexual battery Monday.

Castillo, who had worked at St. Patrick's Church in Carlsbad since 2011, faces six months in jail and registration as a sex offender when he is sentenced Jan. 18, said Deputy District Attorney Joshua Brisbane.

The 33-year-old victim -- a former Navy attorney who left the military to join the priesthood -- testified that he had met Castillo the night before the incident, which happened about 1 a.m. on Feb. 4.

According to court testimony, the victim went to the restroom to be sick, and was in a stall when Castillo grabbed his genitals from behind.

The victim testified that he told Castillo to go away, but the defendant came back in the stall and massaged the victim's groin in a sexual way.

Castillo, 35, testified that he followed the victim into the restroom because it looked like he was going to be sick. The priest said he tried to put pressure on the victim's stomach to stop his vomiting because his mother had taught him that trick as a child.

The Roman Catholic Diocese of San Diego suspended Castillo once it learned of the "credible allegation" against him.