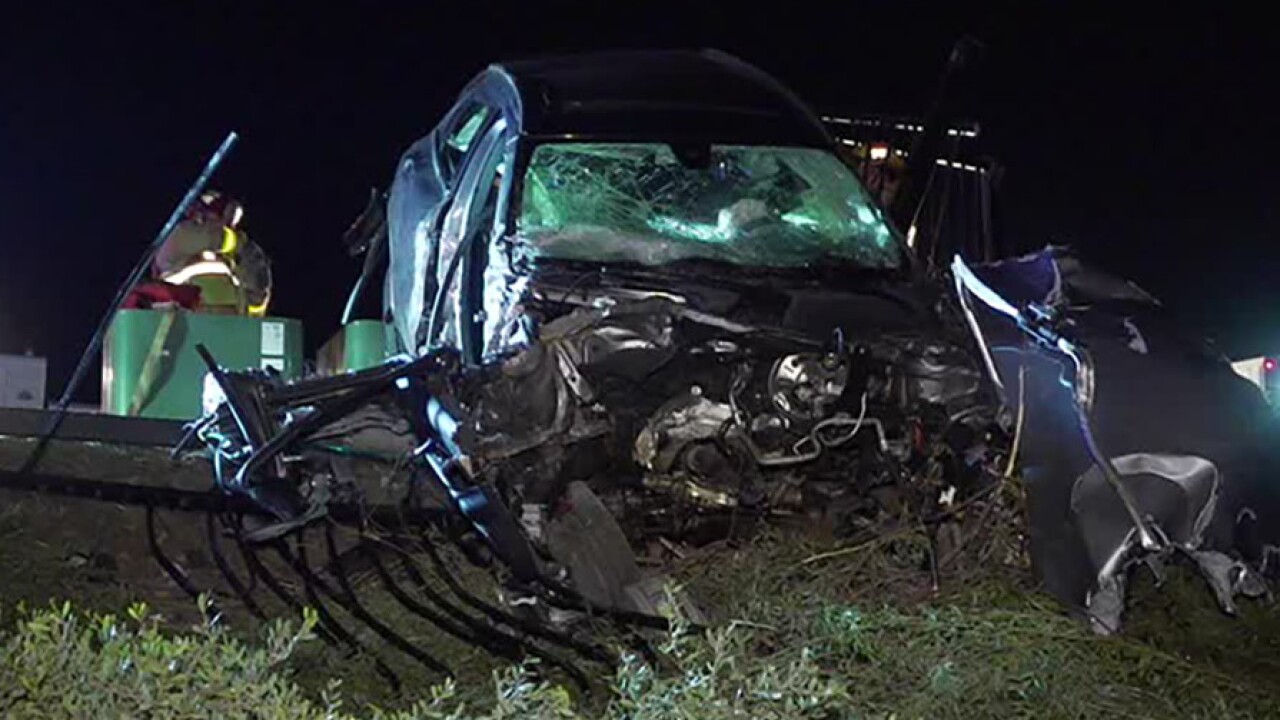 SAN MARCOS, Calif. (KGTV) -- A car being pursued in the North County slammed into a fence at San Marcos High School, prompting emergency crews to rescue the driver from the mangled vehicle.

At around 1:30 a.m. Friday, police were pursuing a car on the streets of Carlsbad, but officers lost track of the vehicle.

The crash left debris all over the walking path in front of the school and down an embankment.

Because the driver was trapped in the wreckage, emergency crews took nearly 30 minutes to get him out.

The driver suffered only minor injuries and was taken to the hospital to be evaluated for DUI, 10News learned.

It is unclear why police were pursuing the car in Carlsbad.