Car bursts into flames along I-805 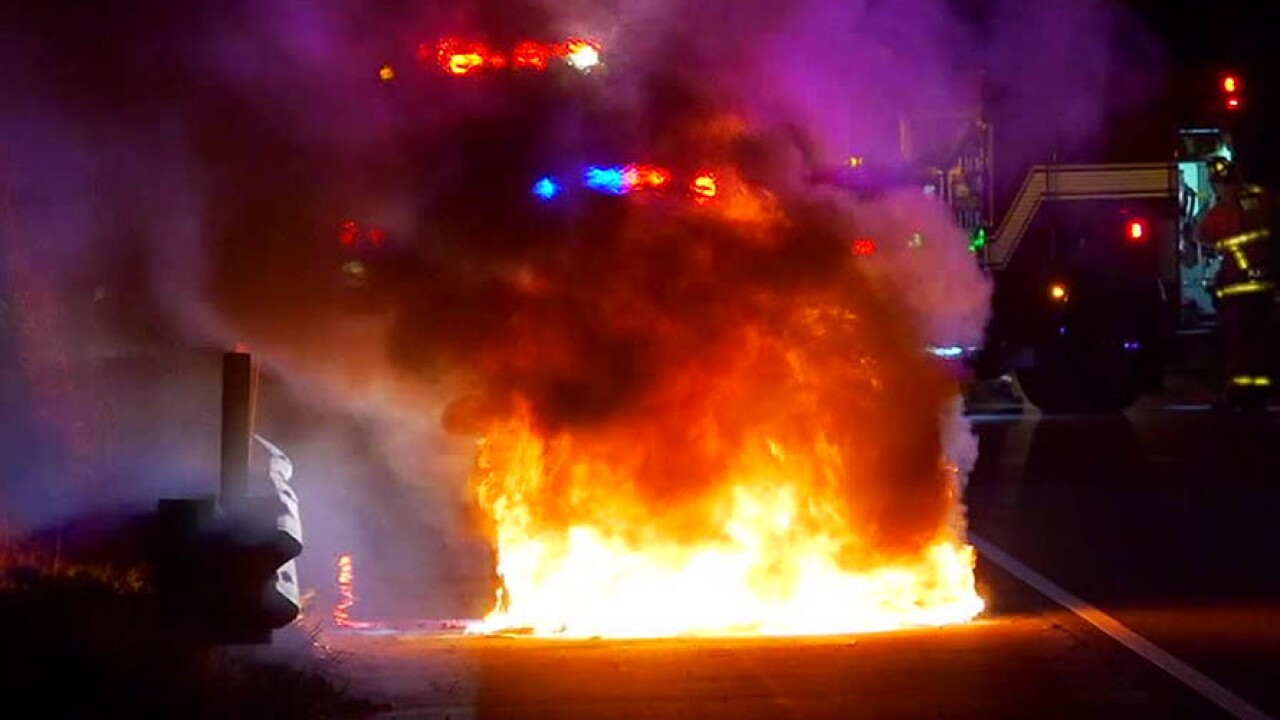 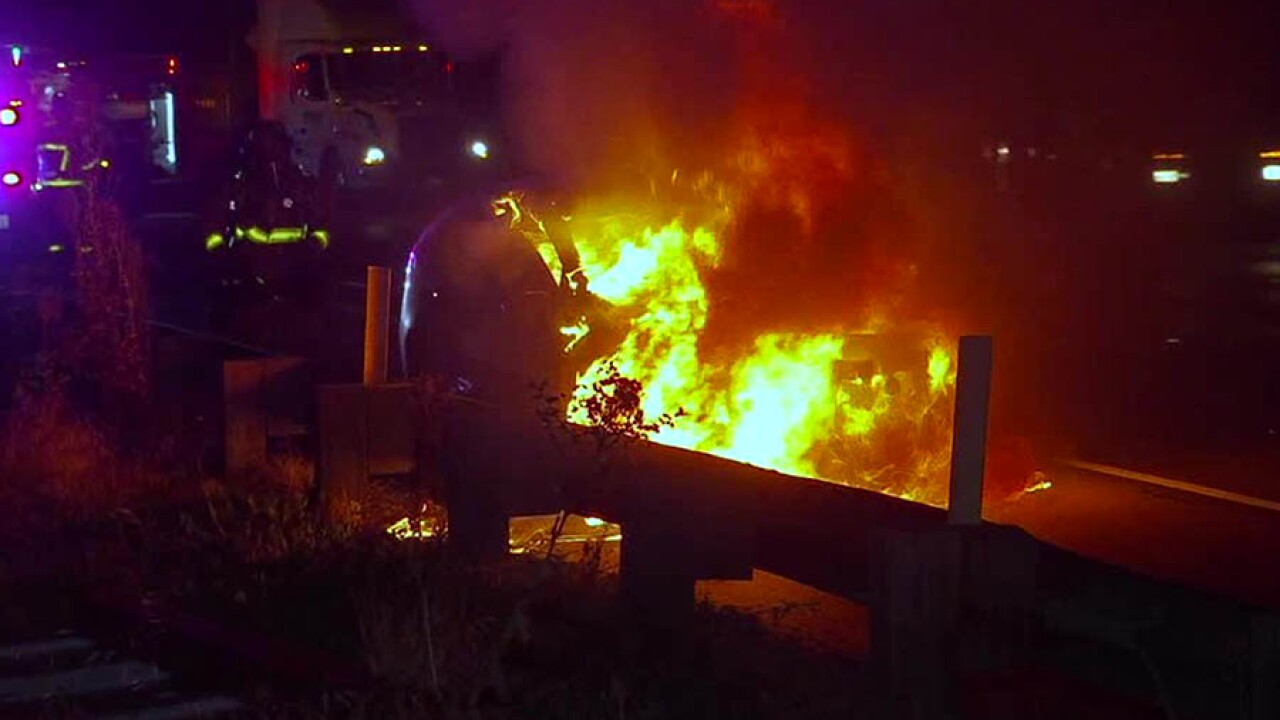 SAN DIEGO (KGTV) – A car burst into flames and exploded several times while parked along Interstate 805 in the City Heights area early Wednesday morning, but no injuries were reported.

California Highway Patrol officials said the fire happened at around 3:15 a.m. on the northbound side of I-805 near University Avenue.

According to the CHP, the driver of a Toyota Prius apparently pulled over on the right shoulder and walked to a gas station. It is unclear if the car had broken down or started to catch fire at the time.

Firefighters were able to douse the flames, but the car was considered a complete loss.

There is no immediate word on what happened to the driver.