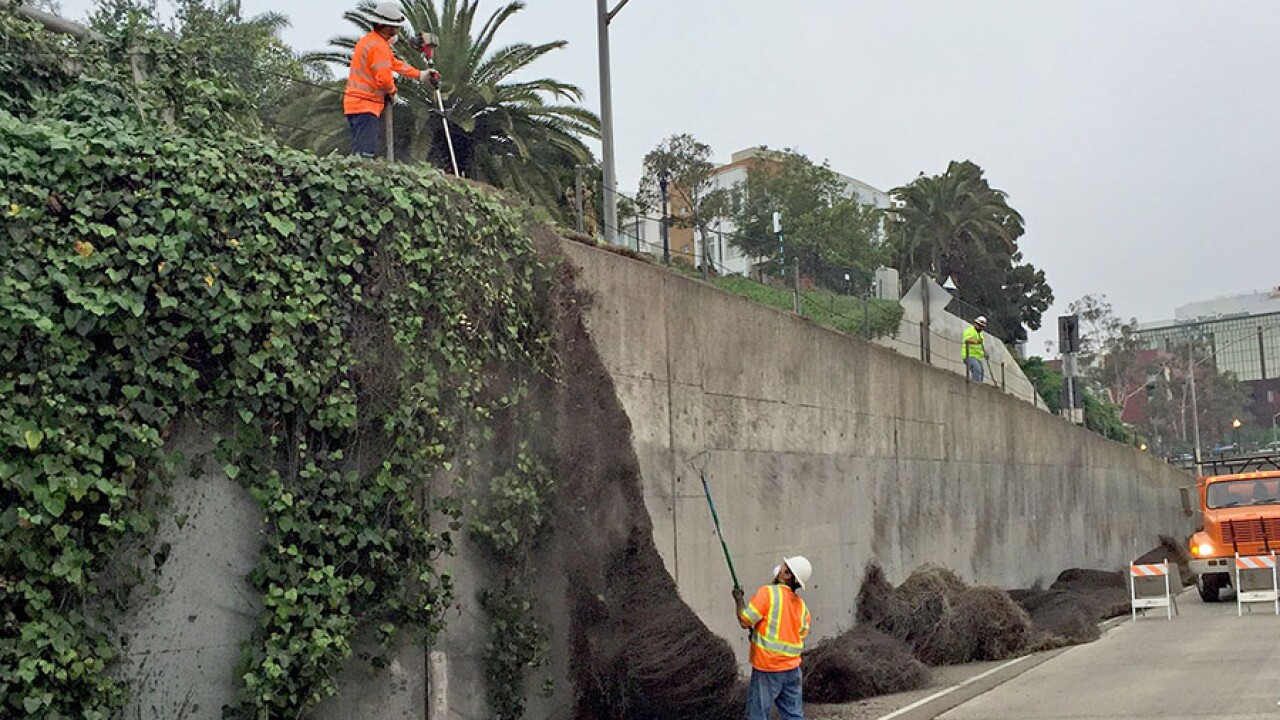 SAN DIEGO (KGTV) - The recent rainfall has given life to much of the vegetation across San Diego County, and to many San Diegans, seeing more green is a great thing for the region.

With the downpours and vegetation growth come some concerns over potential fuel for wildfires, especially with the county nearing the beginning of its fire season.

Caltrans officials said they are aware of the problems the overgrowth of greenery along local highways and freeways could cause, and they have crews already working to stop any possible threats.

Cartagena said Caltrans has crews working in different parts of the county right now on preemptive procedures, such as brush clearing and using pre-emergent measures to stifle grass growth.

“Priorities are set by Mother Nature right now, so all crews are still digging out from the last couple of weeks,” Cartagena said, referring to the series of storms that battered the region in recent weeks.

Cartagena told 10News that Caltrans has taken notice of the growth along county roads, and if the time comes, he said the agency is ready to send larger crews to any areas where the growth could pose a potential problem.

“Each area in San Diego County has specific needs, but the focus changes from time to time. But [fire season preparation] is always a part of our plan,” he said.