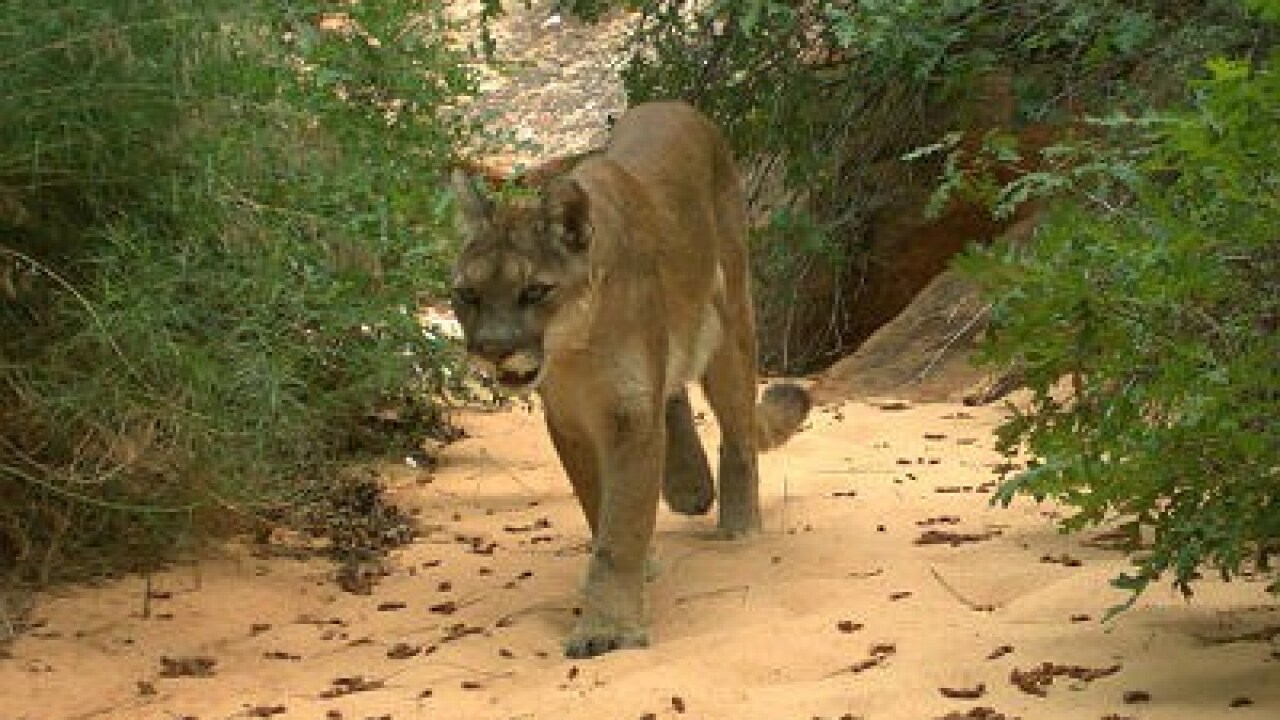 Although the animals usually avoid humans, they may prey on pets, livestock, and rarely, humans.

In Colorado, a man fended off a mountain lion by wrestling it and eventually suffocating it with his bare hands.

The most recent deadly attack in San Diego County was in December 1994, when a 56-year-old woman was killed in Cuyamaca State Park.

More than half of California is home to mountain lions, according to the State Department of Fish and Wildlife (CDFW).

What can you do?

Property owners can obtain a permit to kill mountain lions that prey on pets and livestock. Officials say relocating a troublesome mountain lion is not an option because the animal returns, or creates conflict with other mountain lions in its new location.

Wildlife experts also recommend you start by preventing deer, the preferred prey of mountain lions. This step may include removing plants deer like to eat. You can also trim brush to remove hiding places for mountain lions. Also, protect other potential prey including small children, pets, and pet food.

How should you handle a mountain lion encounter?

The website iNaturalist, a joint initiative by the California Academy of Sciences and the National Geographic Society, created a map of mountain lion sightings around the world, including dozens in San Diego County.