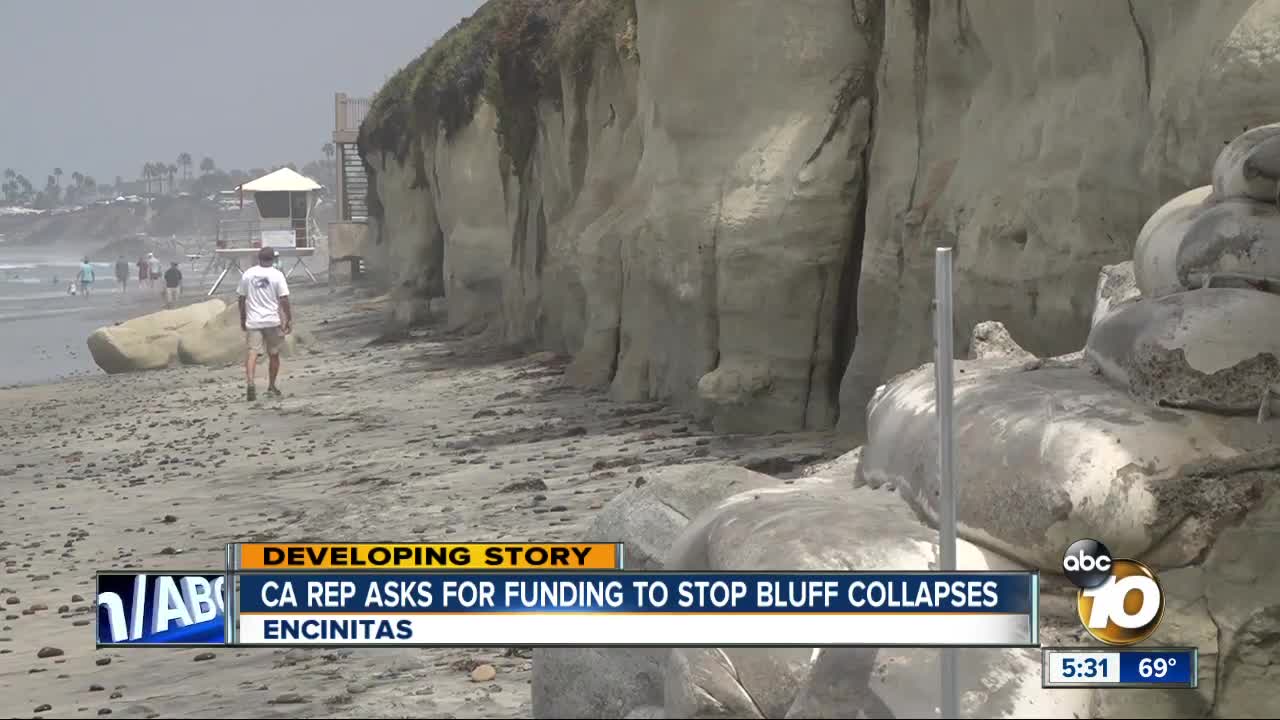 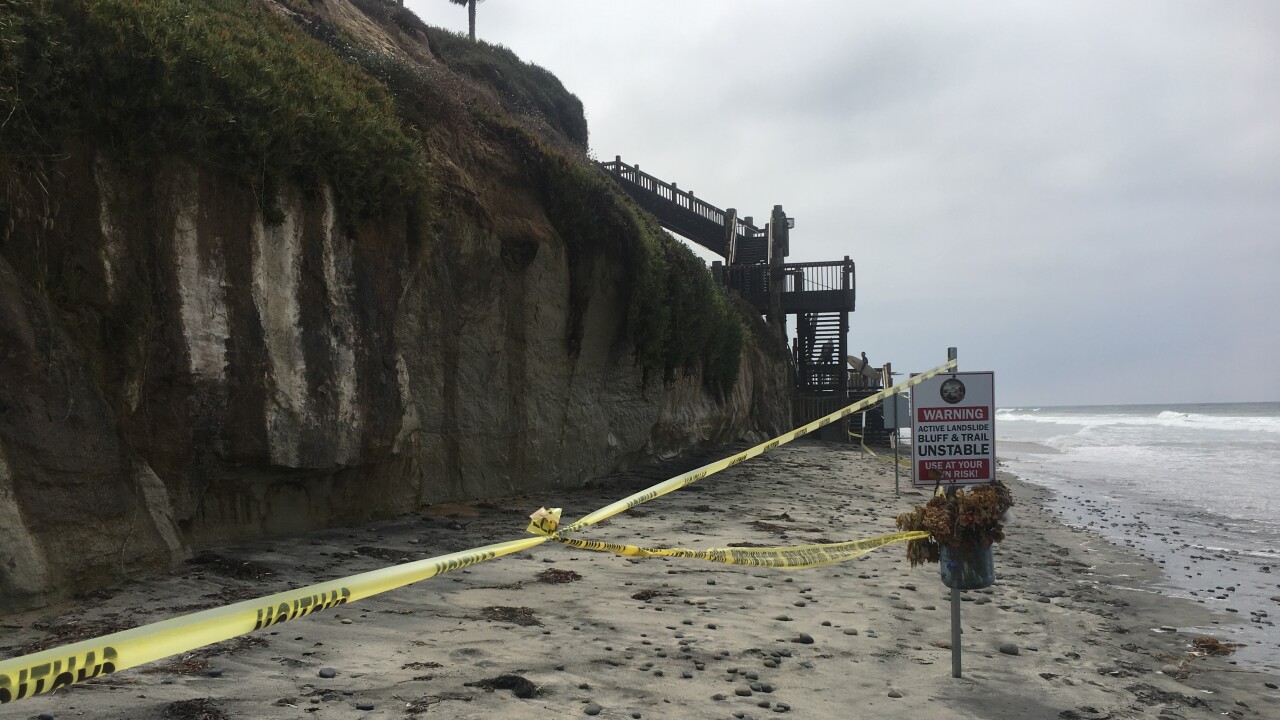 At Grandview Beach in Encinitas flowers surrounded the beach entrance sign Thursday. Down on the beach caution tape hung around the cliffs, serving as a somber reminder of the three women who died three weeks ago after a bluff collapse.

Two days before the tragedy, Representative Mike Levin said he asked for federal funds to stabilize the cliffs from Encinitas to Solana Beach. "It's long past time for the federal government to uphold its responsibility here," he said.

He championed the Storm Damage Reduction Project that was approved by Congress in 2016.

The project would dredge tons of sand from the ocean and dump it on the beach to protect the cliffs from powerful, eroding waves.

Environmentalists are concerned that would destroy tidal ecosystems. A study conducted by researchers at Scripps Institution of Oceanography at the University of California San Diego states invertebrate populations were negatively affected by tons of sand dumped on Imperial Beach.

“We understand Solana Beach and Encinitas have been working with the federal government on the San Diego County Shore Protection Project for years and it was approved in 2016 by Congress. While we believe beach replenishment might help slow down wave action, we must also acknowledge our sand supply has been impacted by upland development that is blocking the natural flow of sand to the beaches.

Thorough monitoring is going to be of the utmost importance to see how this project impacts coastal ecosystems (including Marine Protected Areas) and impacts to recreation (such as surfing, snorkeling, etc.). Surfrider highly advocates against future seawalls and other coastal armoring. Even the Environmental Impact Report for this project acknowledges these kinds of structures exacerbate erosion.”

"I'm an environmentalist myself; it's what I do for a living. I care very deeply for our coastline. I'll do everything I can to protect it," Levin said. He, Senator Kamala Harris and Senator Dianne Feinstein are asking for $400,000 for planning, engineering and design. They want another $300,000 for an economic update.

Levin said it's necessary to "avoid the next foreseeable tragedy, that's why it's so critically important that we move forward."