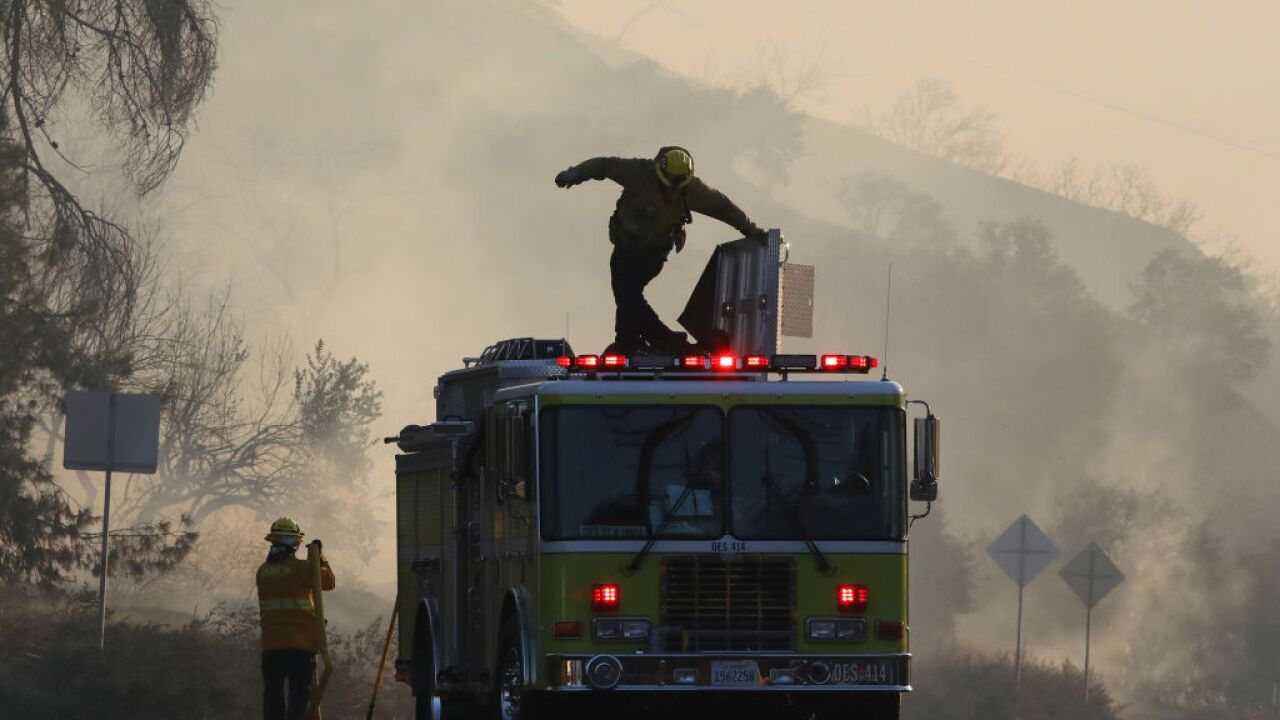 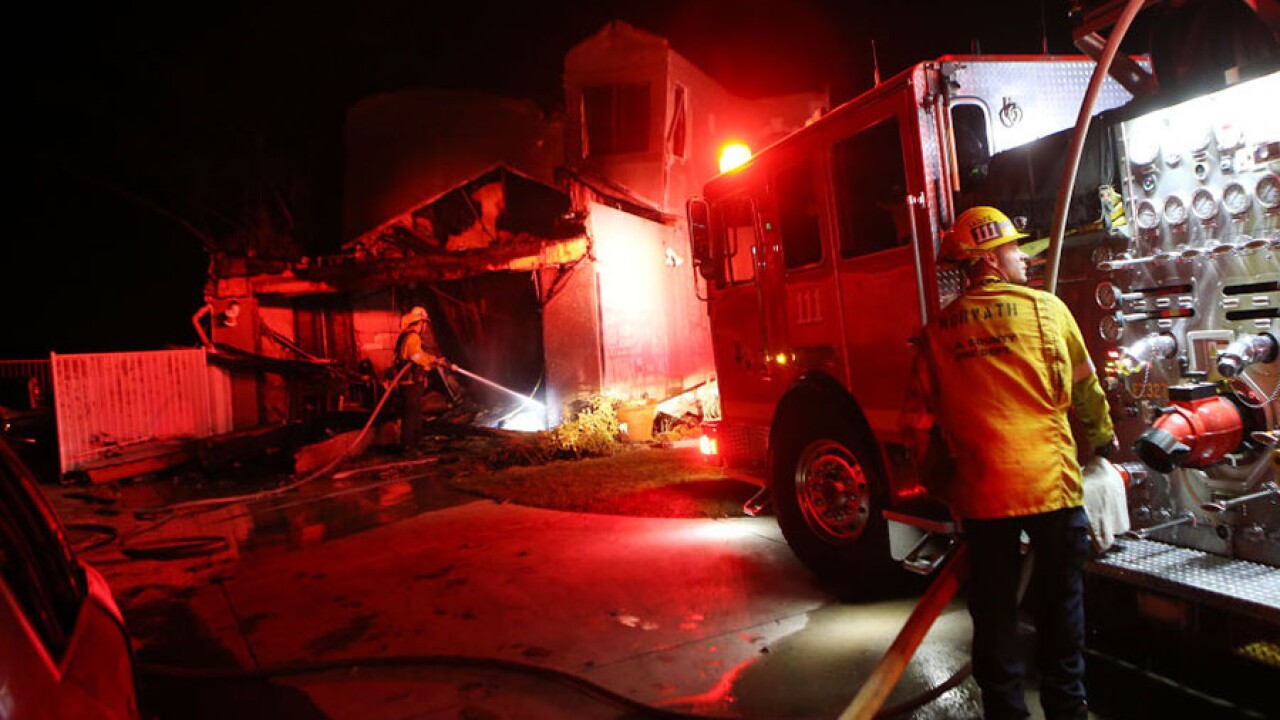 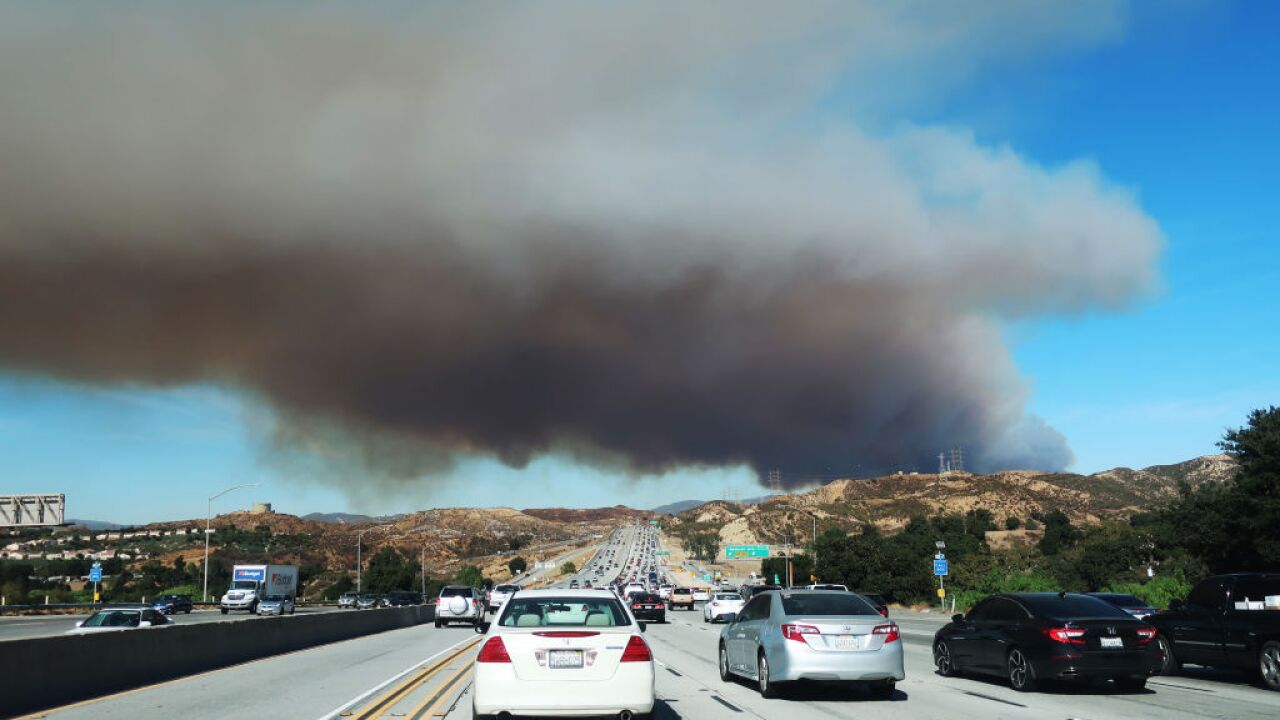 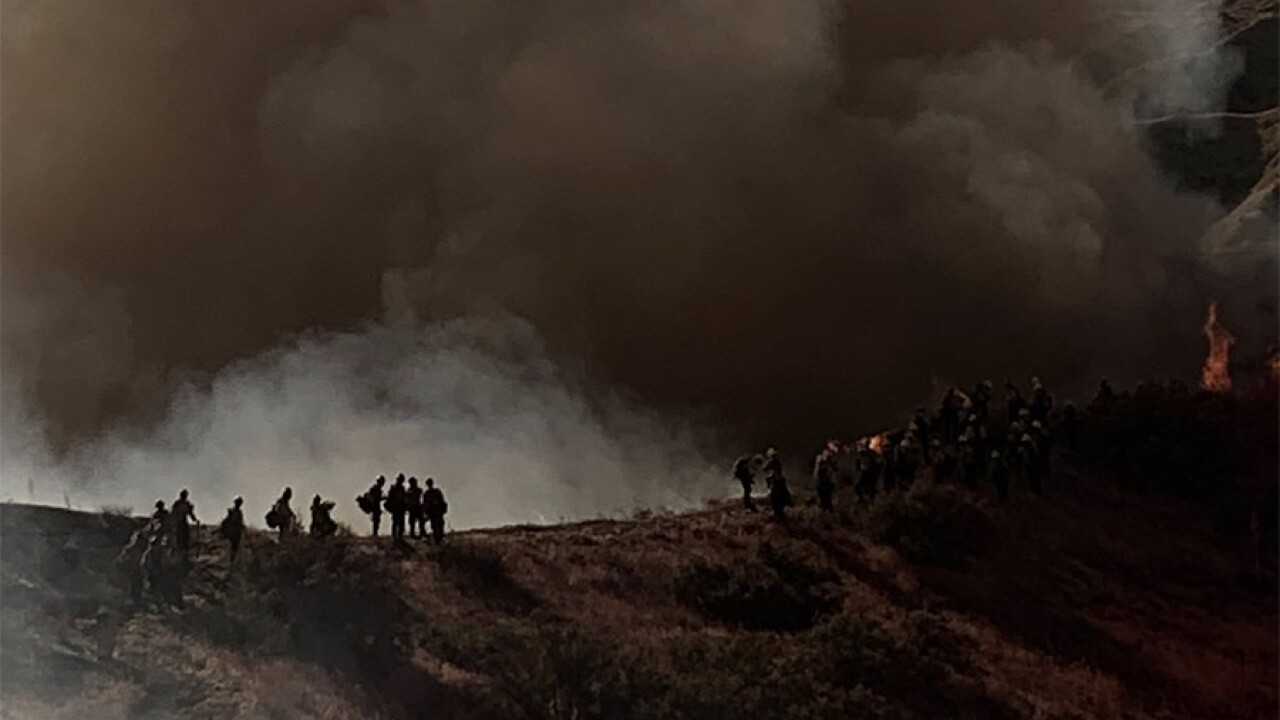 CANYON COUNTRY (CNS) - The Tick Fire was 25% contained today, having scorched 4,615 acres, and most evacuation orders issued because of the blaze were lifted, fire officials said.

All but one lane of the Antelope Valley (14) Freeway was reopened this morning as crews battled the fire burning in Canyon Country and Santa Clarita. Three lanes of the southbound Antelope Valley Freeway, including the carpool lane, reopened at 10:30 p.m. Friday.

The northbound Antelope Valley Freeway, which had been closed between Golden Valley Road and Agua Dulce, was reopened about 4 p.m. Friday. The freeway was closed early Friday morning when flames jumped the roadway.

Residents were urged to avoid Bouquet Canyon Road because sheriff's deputies and firefighters were using it as a primary staging area.

Evacuation orders, which were affecting tens of thousands of residents, were lifted for those living north of Soledad Canyon between Whites Canyon Road and Sierra Highway, and for residents in the Sand Canyon area south of Fire Station 132 from Sand Canyon Road to Placerita Canyon Road, Los Angeles County Fire Department Assistant Chief Vince Pena said at a Friday afternoon news briefing.

Areas still under mandatory evacuation order were Baker Canyon Road from Sierra Highway, north of Vasquez Canyon Road, top where it ends near 15142 Sierra Highway and the area of Tick Canyon Road from Abelia Road to Summit Knoll Road. Gov. Gavin Newsom declared a state of emergency in Los Angeles County Friday in response to the fire, freeing up state resources to assist in the firefighting effort.

County Board of Supervisors chair Janice Hahn also issued a local emergency declaration. Six structures have been confirmed destroyed, although fire officials said that number will likely increase following damage assessments. More than 15,000 structures had been considered threatened in the fire area.

The other evacuation center at College of the Canyons remains open. Evacuations of small animals were being handled at the Castaic Animal Care Center at 31044 N. Charlie Canyon Road in Castaic; and evacuations of large animals were being handled at Antelope Valley Fairgrounds, 2551 West Avenue H, Lancaster; Pierce College, 6201 Winnetka Ave., Woodland Hills; and the Castaic Animal Care Center.

The program targets areas where weather conditions ``may create the potential for elevated fire risk,'' SCE reported. More information is available at www.sce.com/safety/wildfire/psps. The fire prompted the cancellation of classes at numerous schools and two colleges.

Red flag parking restrictions ordered in Los Angeles by its fire department to keep designated streets clear in case fire trucks have to be deployed expired at 8 a.m. today. The fire in Canyon Country was reported about 1:40 p.m. Thursday near the 31600 block of Tick Canyon Road, earning it the moniker Tick Fire, according to the Los Angeles County Fire Department. Initially reported at 200 acres, the blaze rapidly grew to more than 850 acres in less than an hour, fire officials said.

Residents, particularly those with sensitivity to air quality, were asked to avoid outdoor activity and remain indoors as much as possible. It was also recommended that pets be brought inside, particularly at night. No injuries were reported in the fire.

Two other, smaller brush fires broke out in the same general area Thursday while crews were battling the Tick Fire. One erupted about 10 miles to the west along the Golden State (5) Freeway in the Castaic Lake area, scorching about 18 acres while destroying two homes and damaging six, Pena said.

Another fire broke out in the Del Valle area west of the Golden State Freeway and burned about an acre of brush, officials said.

The series of fires erupted amid red flag conditions prompted by Santa Ana winds and single-digit humidity. Newsom's office announced Thursday night that the state was awarded a Fire Management Assistance Grant from the Federal Emergency Management Agency to help cover costs of efforts to fight the Tick Fire. The grant allows agencies responding to the fire to apply for 75% reimbursement of eligible firefighting costs.