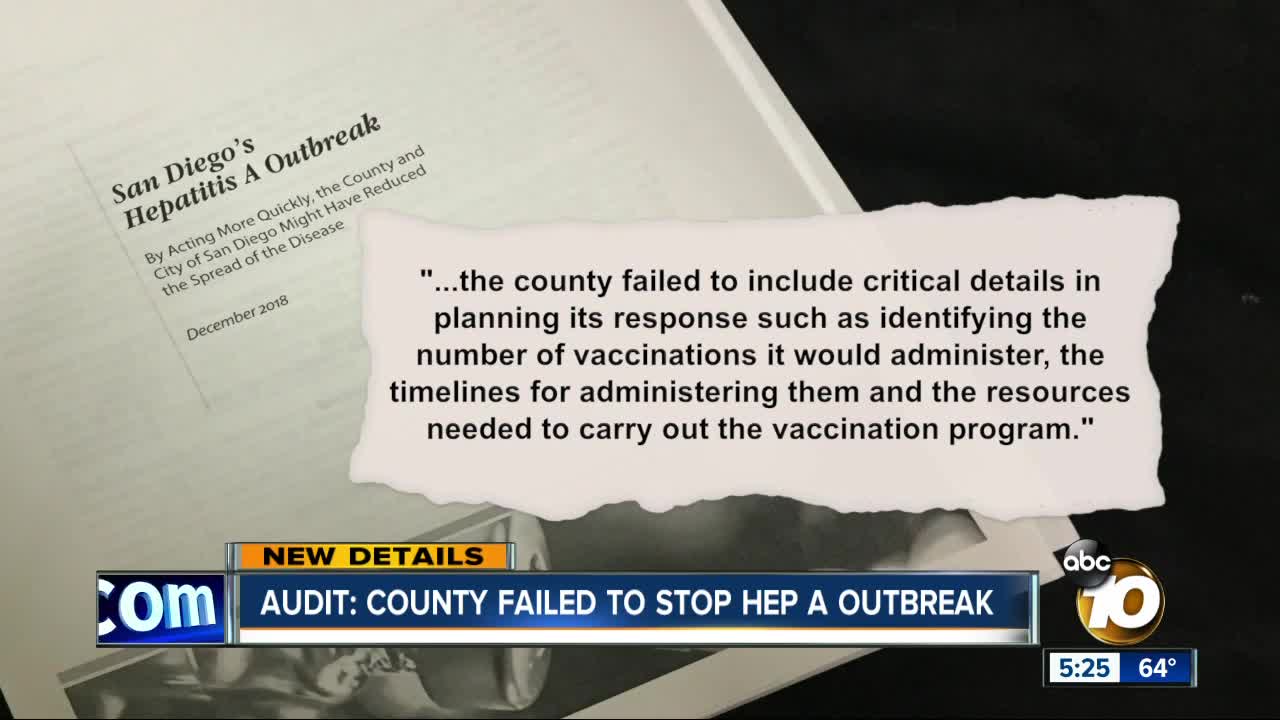 A California audit released Thursday heavily criticized the city and county of San Diego for their response to the 2017 hepatitis A outbreak that led to the deaths of 20 people. 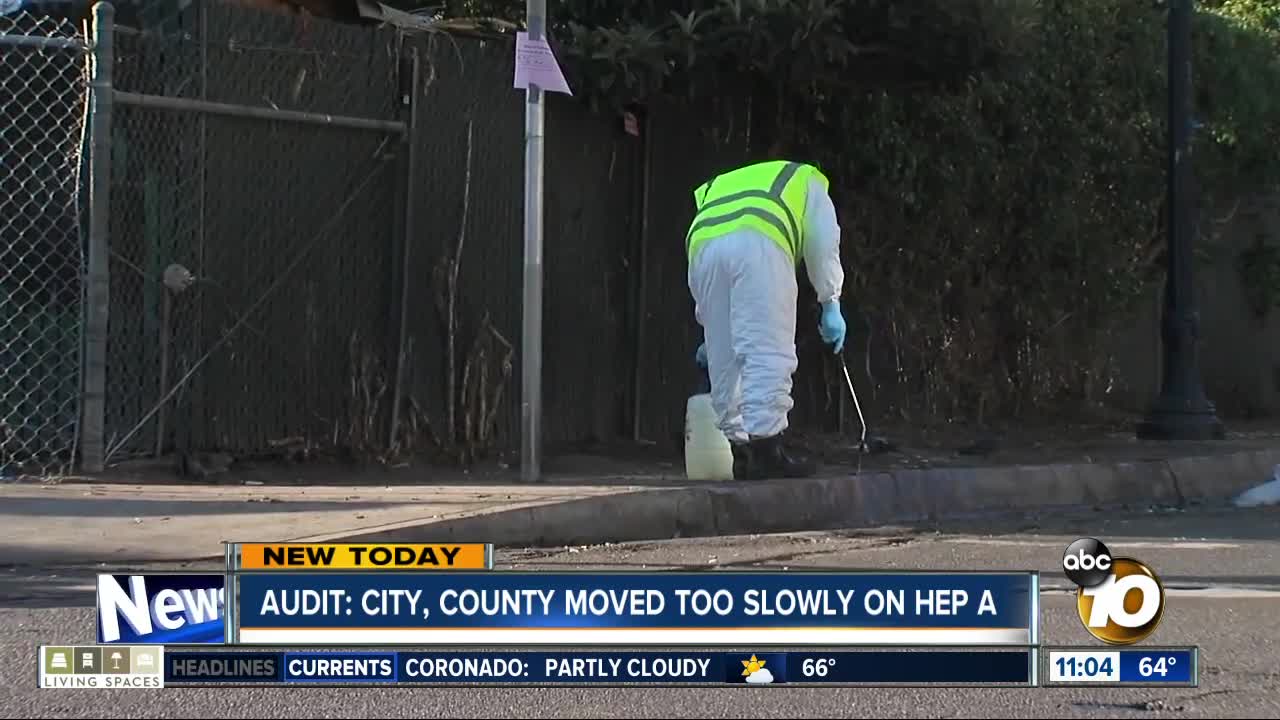 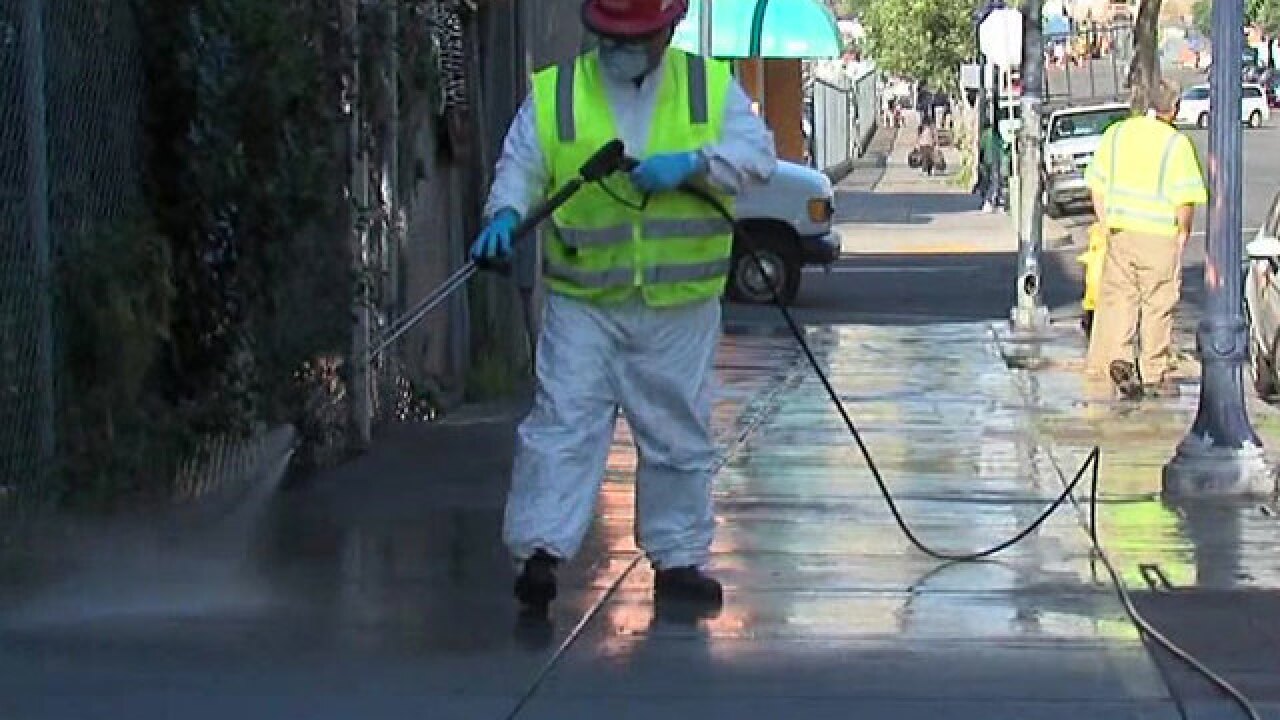 SAN DIEGO (KGTV) - A California audit released Thursday heavily criticized the city and county of San Diego for their response to the 2017 hepatitis A outbreak that led to the deaths of 20 people.

An investigation conducted by the California State Auditor said San Diego health officials took the right steps to contain the outbreak, which began in early March 2017, but they were not quick enough to initiate their plans and did not properly budget the resources necessary to contain the disease.

The audit found officials could have slowed the outbreak if vaccinations were distributed quickly to those considered “most vulnerable,” such as the homeless.

Officials were critical of the city and county for taking months to implement sanitation protocols. In September, six months after the outbreak was announced, the city began setting up hand-washing stations, installing public restrooms and assigned crews to power-wash streets in the downtown area.

TIMELINE: Key events during hep A outbreak in San Diego

State officials said: "The county failed to include critical details in planning its response such as identifying the number of vaccinations it would administer, the timelines for administering them, and the resources -- primarily, nursing staff -- needed to carry out the vaccination program. As a result, the county did not accelerate vaccination efforts until September and October 2017. Had the county hastened its vaccination efforts, it may have more quickly reduced the risk of the disease’s spread, which grew to include 584 reported hepatitis A cases, 398 hospitalizations and 20 deaths by the end of January 2018."

State officials recommended the city and county work better together on a plan that can be quickly implemented in the event of a future outbreak.

San Diego city officials, in response to the audit and its recommendations, said: “Audits are an important way to analyze how government is working, and can lead to improvements that make government better. We appreciate the extensive review the State Auditor did in looking at the region’s response to the severe Hepatitis A outbreak last year. We agree with the recommendations, particularly that the City and County should strengthen their relationship as it relates to responding to regional emergencies. We look forward to working in partnership with the County on this recommendation.”