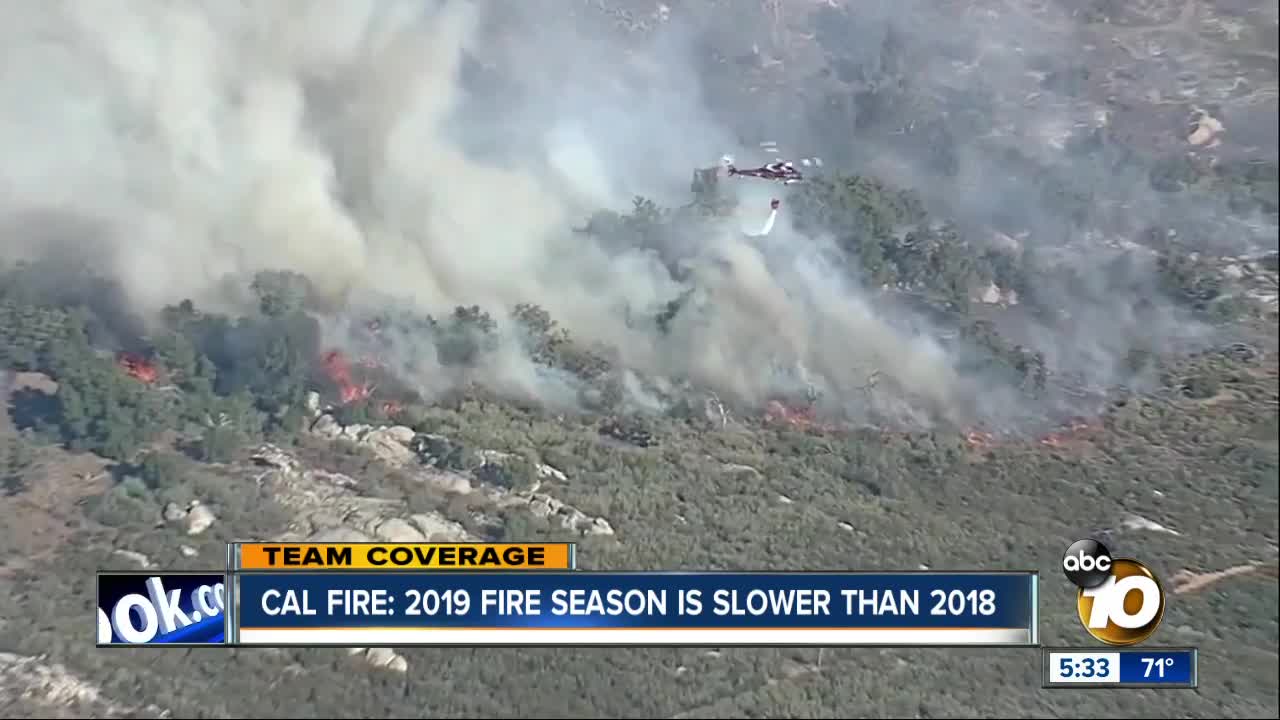 Fewer acres have burned across California. 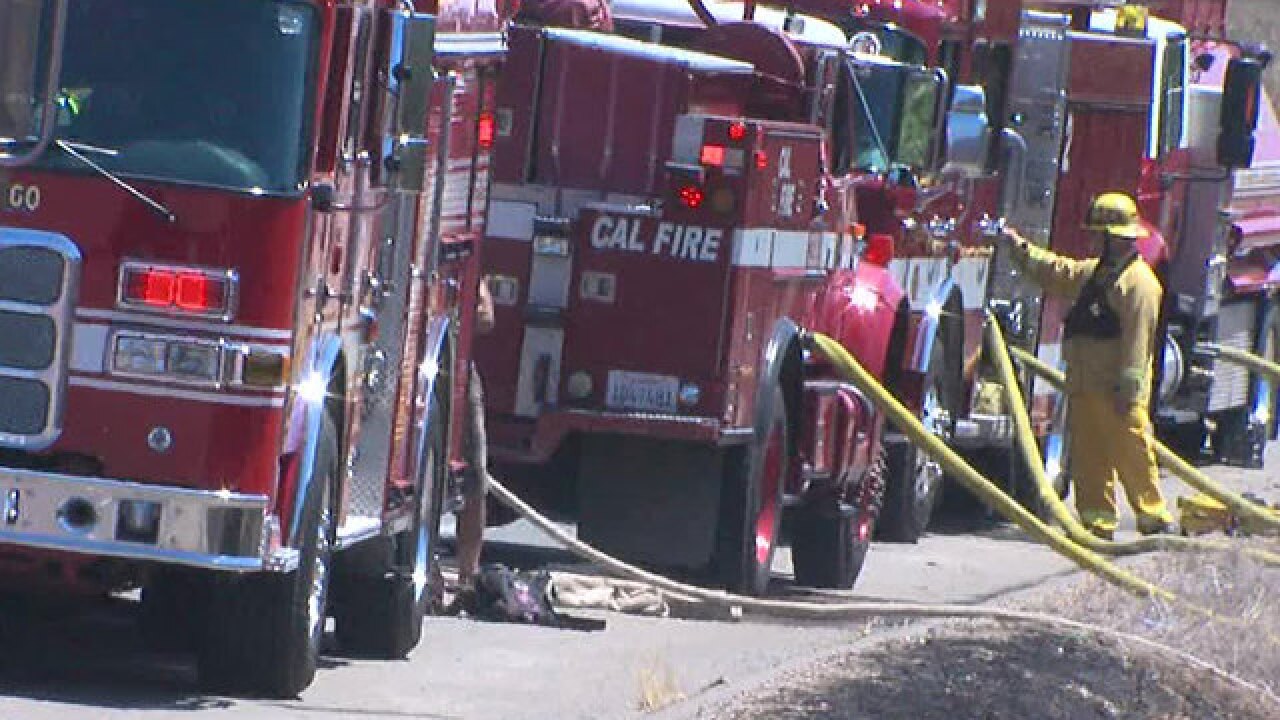 SAN DIEGO (KGTV) -- Cal Fire officials say the acreage burned across the state by wildfires is much lower in 2019 than 2018.

Cal Fire San Diego Capt. Thomas Shoots, who serves as the agency’s public information officer, said, “We’re looking at 10% of the average burned from last year -- a significant reduction in the amount of average we've lost so far."

When looking at San Diego County alone, in 2018, there were 2,205 acres that burned. In 2019, the county is at 1,030 so far -- a stat that Shoots attributes to factors like rainfall. The county had a wet winter, which means it has taken longer for the fields and brush to dry out.

Cal Fire has also been very aggressive when battling the fires. They say crews have had some luck with the locations of the fires.

Shoots said, “The spark has to be in the right spot and sometimes the conditions line up. And it can be the worst-case scenario and they aren’t. We catch some breaks and we are able to get in there and have resources in these fires.”

Even though the numbers are down, Cal Fire wants everyone to stay vigilant and stay fire ready because fire season is far from over.