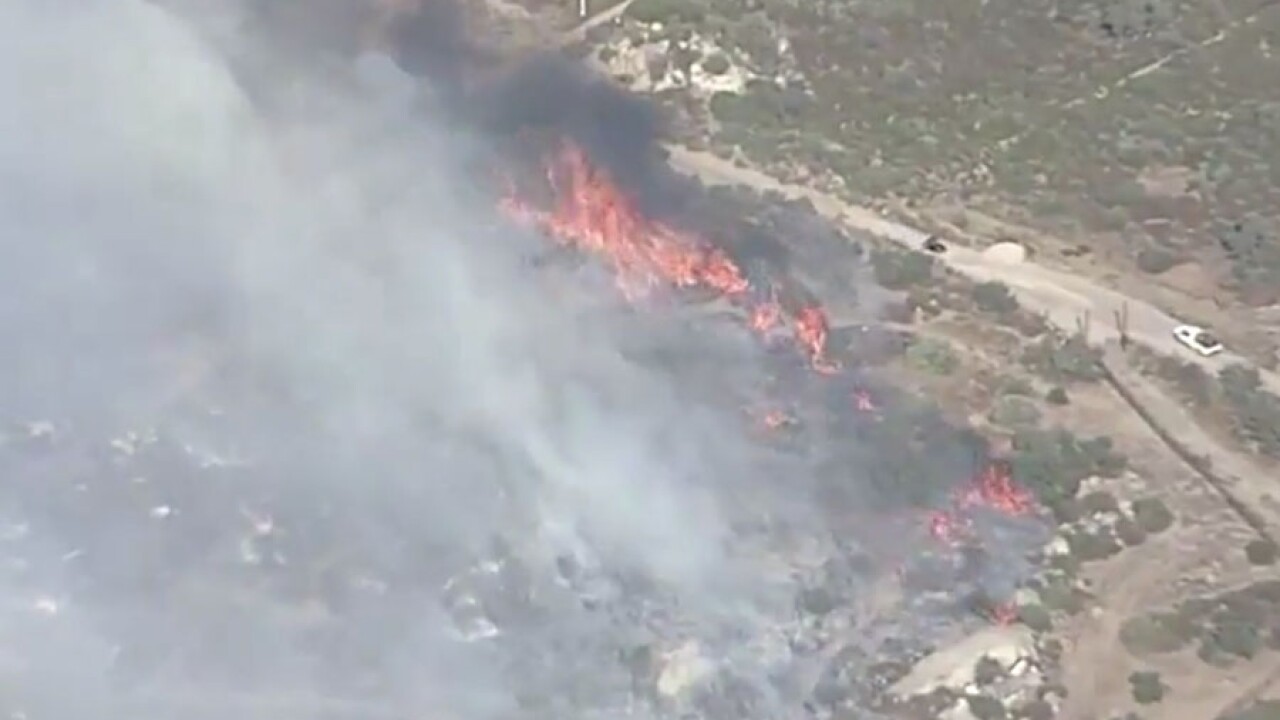 SAN DIEGO (KGTV) -- A brush fire that scorched nearly 100 acres in the eastern Ramona area was sparked by a parked trailer that caught fire, a Cal Fire official told 10News.

The so-called Sawday Fire ignited on Oct. 25 at around 9:30 a.m. amid unseasonable heat and gusty Santa Ana conditions near Sawday Truck Trail and Littlepage Road, south of state Route 78.

Over three hours after the blaze began, crews on the ground and in the air stopped the fire’s spread at 97 acres burned.

Cal Fire said the Sawday Fire was at 98 percent contained as of early Monday morning.

No structural damage or injuries were reported.

Issac Sanchez of Cal Fire told 10News the fire was believed to have been caused by a trailer that was parked on Sawday Truck Trail and somehow caught fire.

The exact cause remains under investigation.