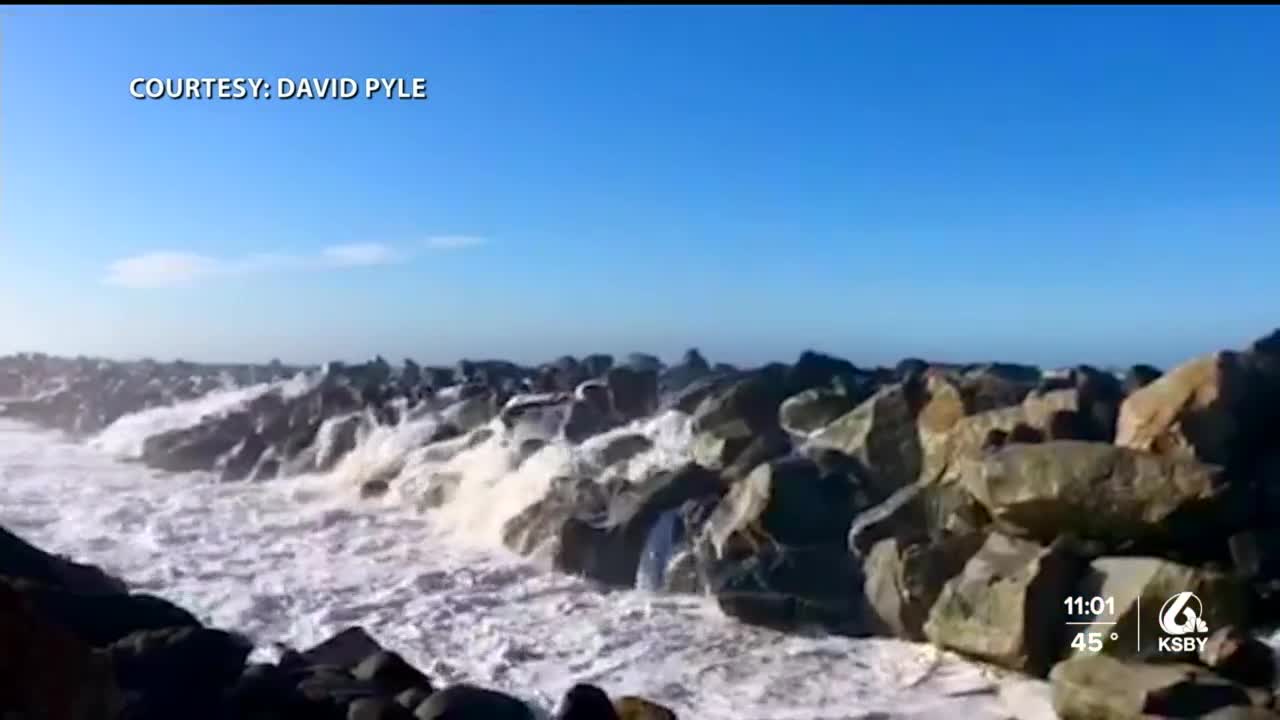 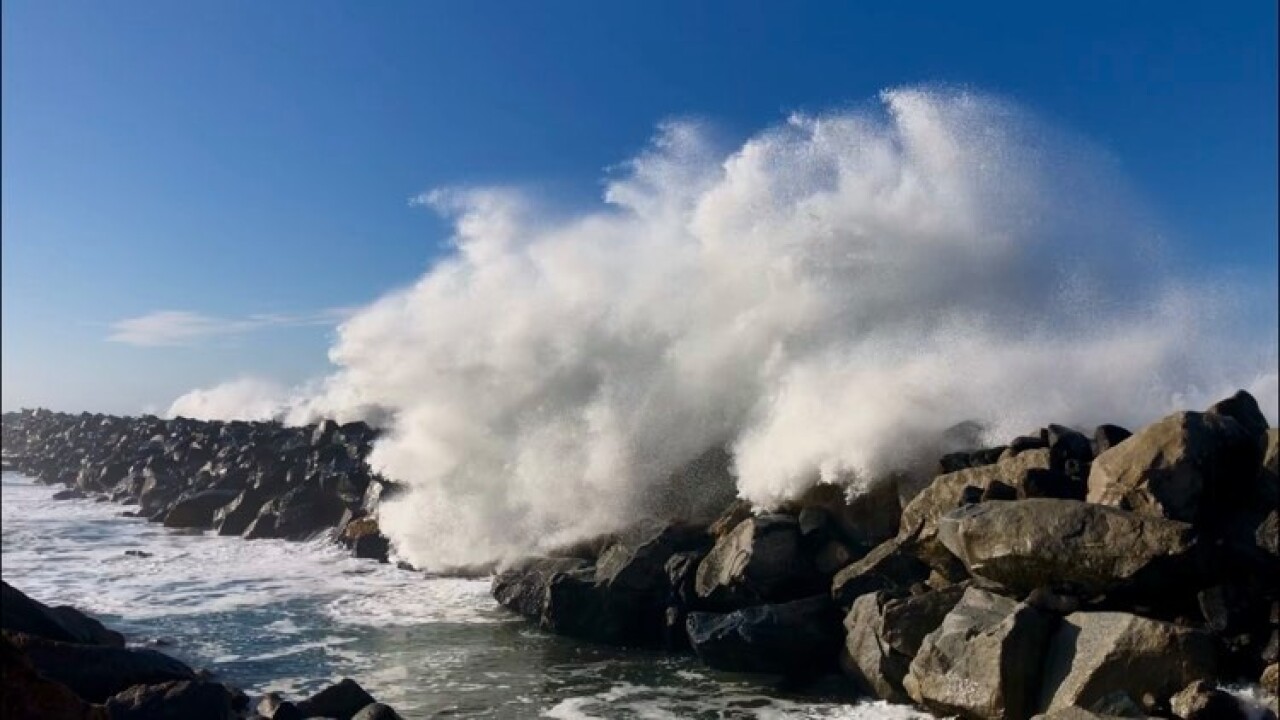 Strong waves continued to pummel the Central Coast Monday, sweeping one man off the jetty in Morro Bay.

Bystanders say it happened in the blink of an eye.

"On the big ones you usually see a big wave coming and this one kinda came out of nowhere," Cayucos resident David Pyle said.

Pyle was recording the waves on in his phone and says he immediately sprung into action once he saw the man off the rocks.

"I thought he was going to be okay but when I didn't see him on the rocks, I realized he had gotten washed down. I turned off my phone, put it in my pocket, and raced for the water," Pyle said.

Pyle says once in the water, he was able to get a hold of the man, but then struggled to get back out.

"It was a couple minutes and then finally someone came down and helped me out. We grabbed him by under the arms and tried to pull him over from rock to rock. It had been about three or four minutes and he kind of had consciousness but he was still out of it," Pyle said.

Emergency crews made it to the scene minutes later.

Morro Bay Harbor Patrol says while they appreciate the effort, it is risky to try and help.

"They were like: 'You saved someone today,' which was weird because at the time I didn't really think of it that way, at the time you just kind of react and go to help someone else," Pyle said.

"The bystanders helping out was amazing, but it also comes with their own risk. Those waves out there are very deadly and they were in a very sticky spot. I wouldn't have recommended them going out there because instead of one victim, it could have been three," Morro Bay Harbor Patrol Officer Reserve Stella Nicodemus said.

Patrol officers say it's important to know your limits before heading out on the water.

"If you're not familiar with the area sit back and realize maybe there's another day you can get embark on your endeavors on surfing and kayaking; just get familiar with the tides more so instead of actually going out and trying," Nicodemus said.

Pyle says he was able to connect with the man he rescued's girlfriend and has been invited over for dinner once the man recovers.

Another set of strong waves are on the way, with large swells expected to start again Tuesday night.