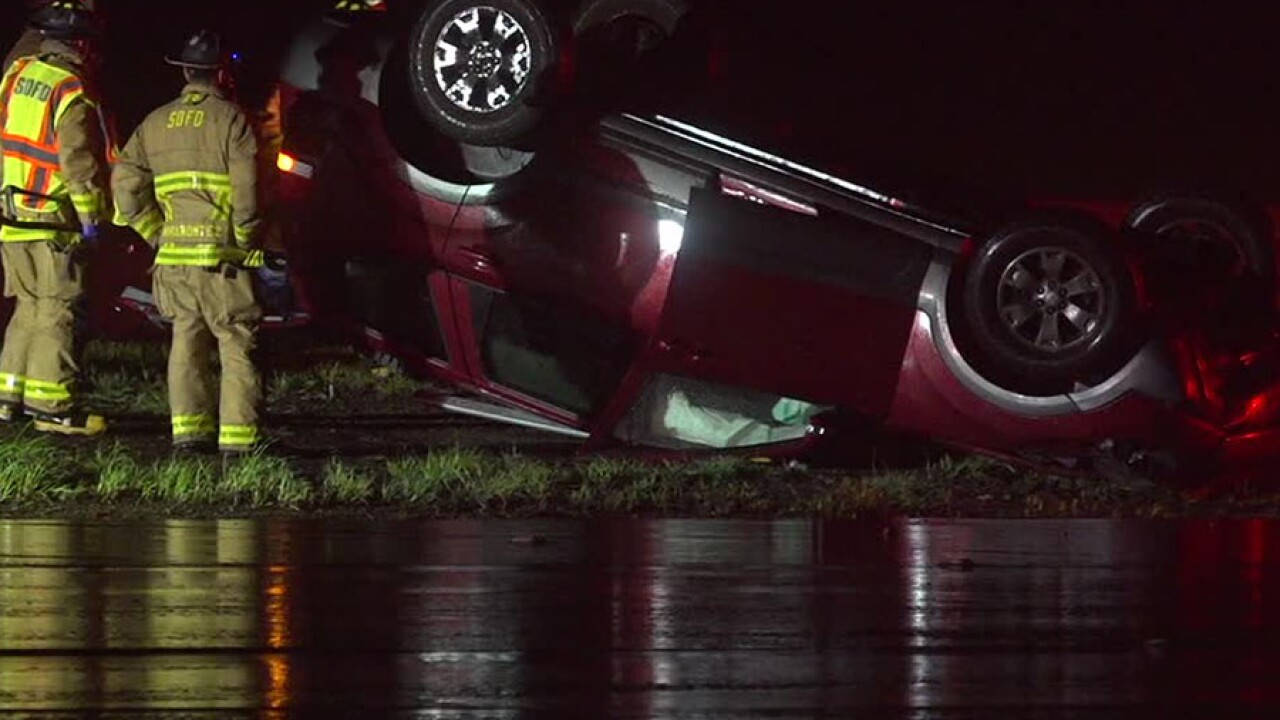 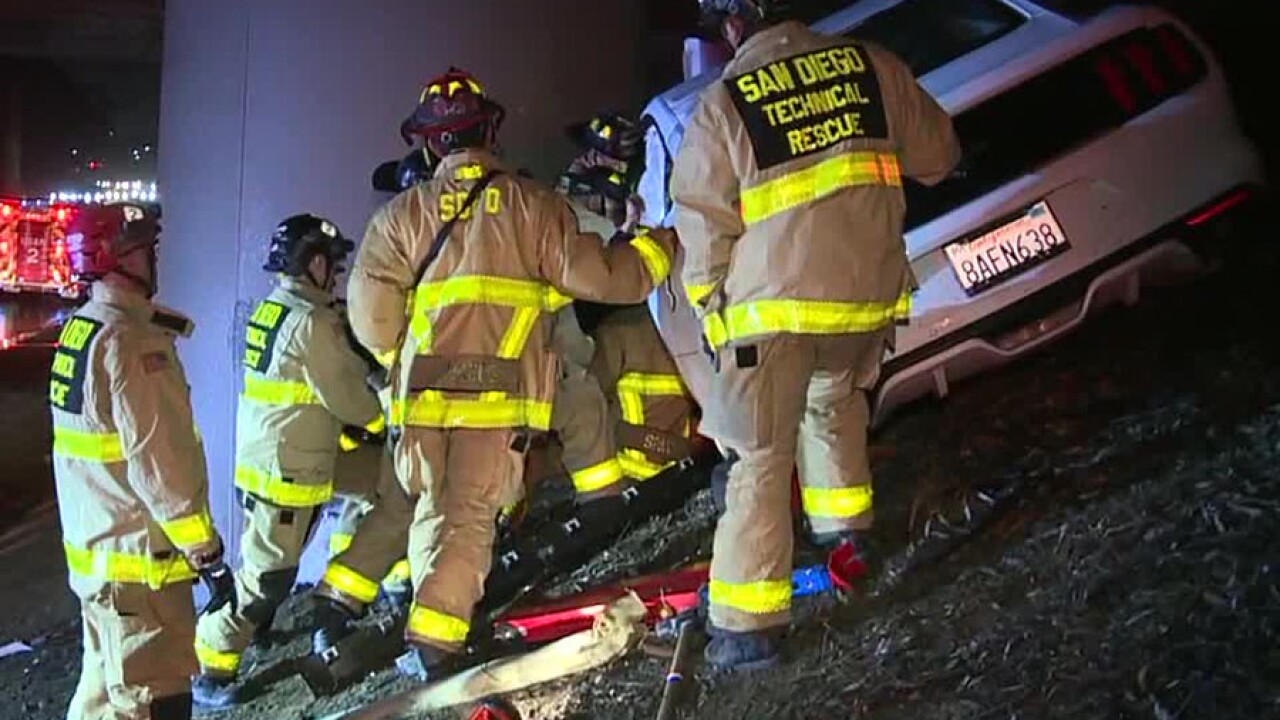 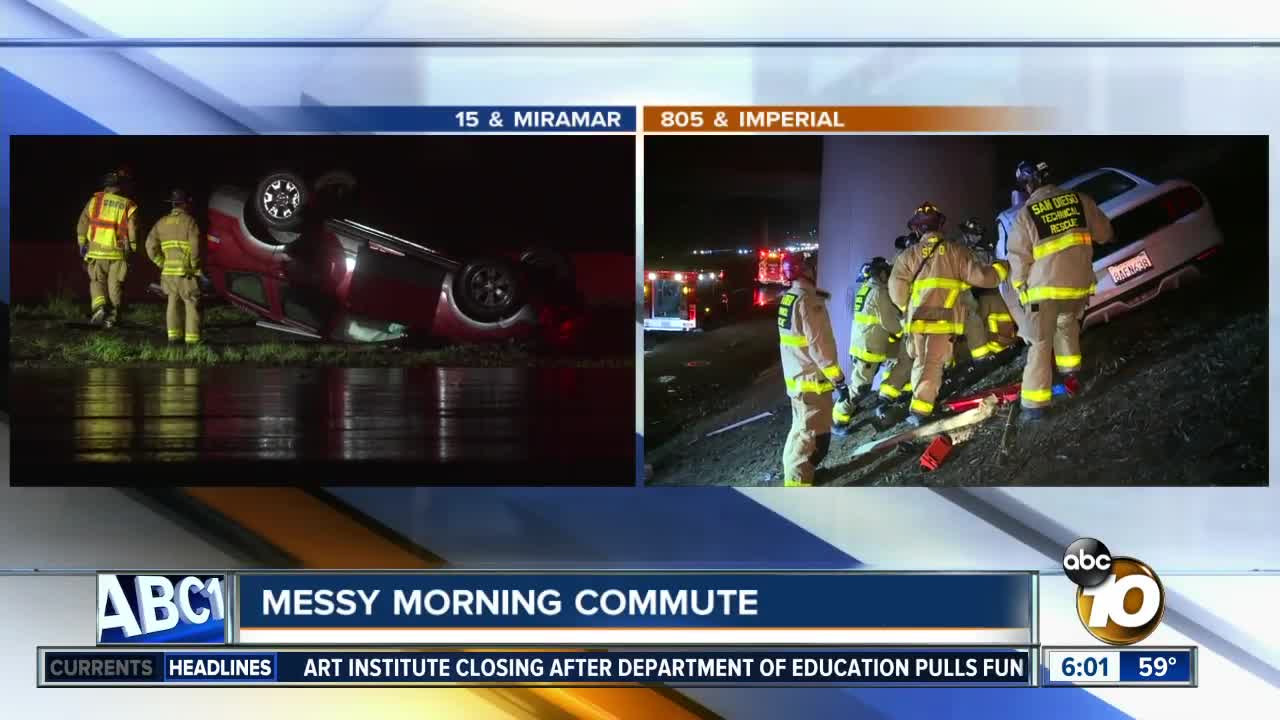 Three vehicles involved in Chula Vista-area crash (6:18 a.m.)
-- A three-vehicle wreck caused a slowdown on northbound I-805 near H Street. Crews moved the incident to the shoulder.

Multi-vehicle crash in Miramar area (5:27 a.m.)
-- At least three vehicles were involved in a collision on northbound I-15 near Miramar Way.

Vehicle spinout on I-5 in Del Mar (4:48 a.m.)
-- An SUV and a sedan were involved in a spinout on southbound I-5 near Del Mar Heights Road. All traffic was stopped as crews worked to clear the incident. Affected lanes were reopened by 5:41 a.m., the CHP reported.

Car goes off roadway on southbound I-805 (4:40 a.m.)
-- A white Ford Mustang veered off southbound I-805 near Market Street and crashed, trapping the driver inside. Emergency crews responded to remove the driver from the wreckage and took the person to UC San Diego Medical Center.

Car rolls over onto roof on I-15 (3:30 a.m.)
-- A woman escaped serious injuries after she lost control of her car and rolled over. The car came to rest on its roof off northbound I-15 near Miramar Way, and the woman managed to crawl out of the vehicle before emergency crews arrived.