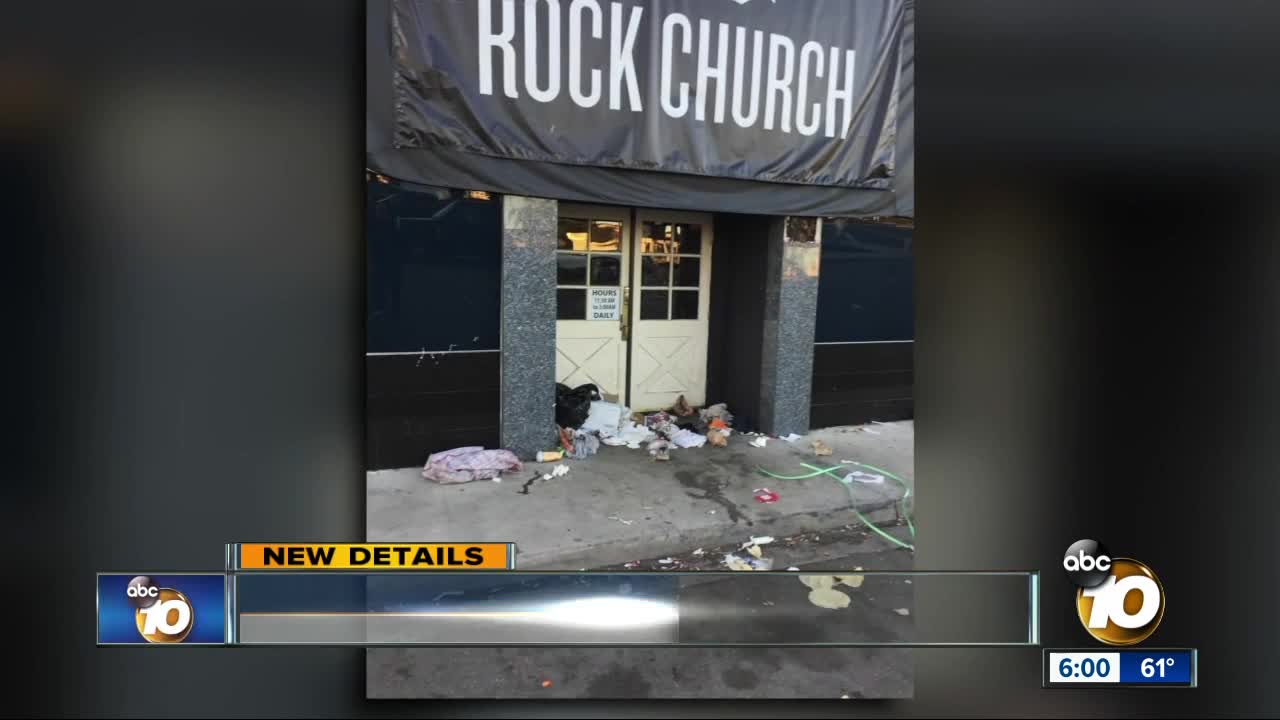 Fed up business owners in the Midway District say an old strip club was a better neighbor than the current property owner, which happens to be a church. 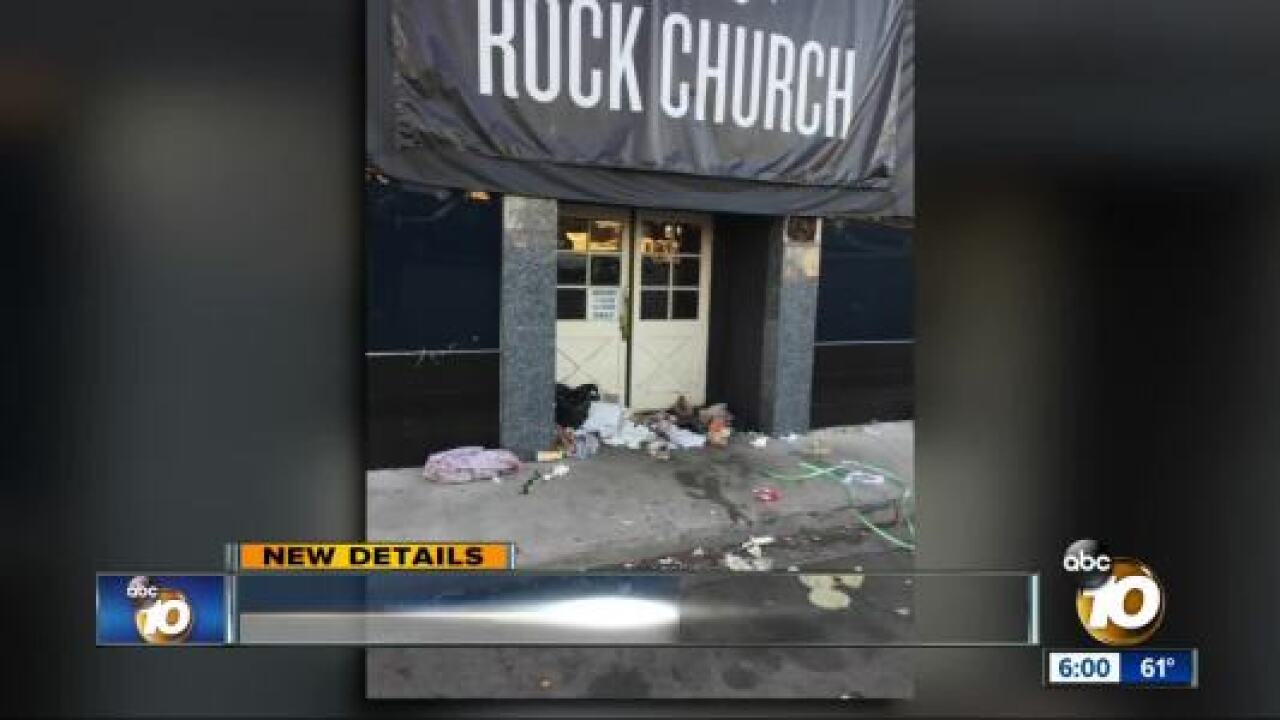 SAN DIEGO (KGTV) -- Frustrated business owners in the Midway District say an old strip club was a better neighbor than the current property owner, which happens to be a church.

The Rock Church bought the strip club, formerly known as The Body Shop, in August of 2018. Now, businesses say nothing has changed except there’s now more trash and drugs. Neighbors say they want the church to clean it up.

Noor Shamoon comes to work at Navis Pack and Shop to a very unwelcome sight. “Food, trash feces on wall, on our vehicles.”

He says it’s a foul odor and claims people who hang out in the area vandalized the businesses work truck.

People who work in the area say prostitution is rampant as are drugs. One man reportedly overdosed recently. “I think he maybe shot up some kind of drug or something. We were concerned about him so we called an ambulance,” Stricker said.

When The Rock Church dropped the banner over the “nude girls” sign at the former strip club, they promised to clean up the neighborhood.

Since the church purchased the property for $2.3 million, they haven’t touched it.

"I hope they do something about that to clean the place up you know,” Stricker said.

The Rock Church responded Tuesday to 10News requests for comment.

Over the past several months we have been reviewing our options for the use of the property formally known as The Body Shop. We understand this area in the midway district has had homeless encampment issues over the past several years, even before we took possession of the property. Our facilities staff goes a couple times a week to check on the property and see how we can help those individuals camped outside. Rock Church continues to help the homeless thorough our various outreach ministries as we are made aware of each individual case. In addition to providing help to those in need we are also enclosing the front door entryway with fencing, where so much activity takes place. We have also requested the SDPD to increase their patrols of the area.

Rock Church spokesperson
Copyright 2019 Scripps Media, Inc. All rights reserved. This material may not be published, broadcast, rewritten, or redistributed.