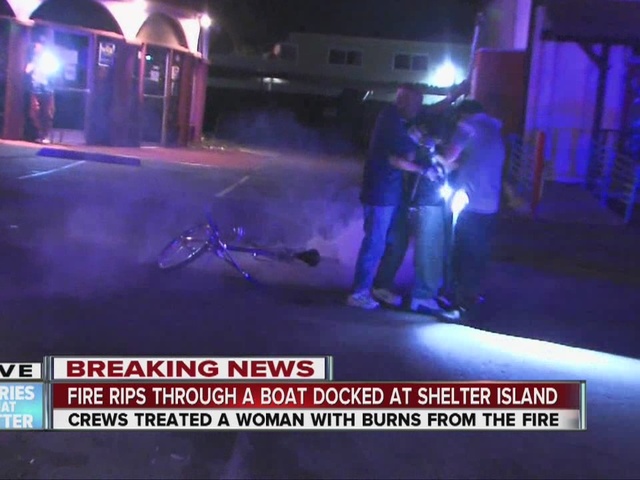 Protests of the fatal police shooting of a Ugandan emigre at an El Cajon strip mall turned violent Thursday night, prompting the arrests of two men and the use of pepper balls by officers to disperse the crowd of about 50 to 75. 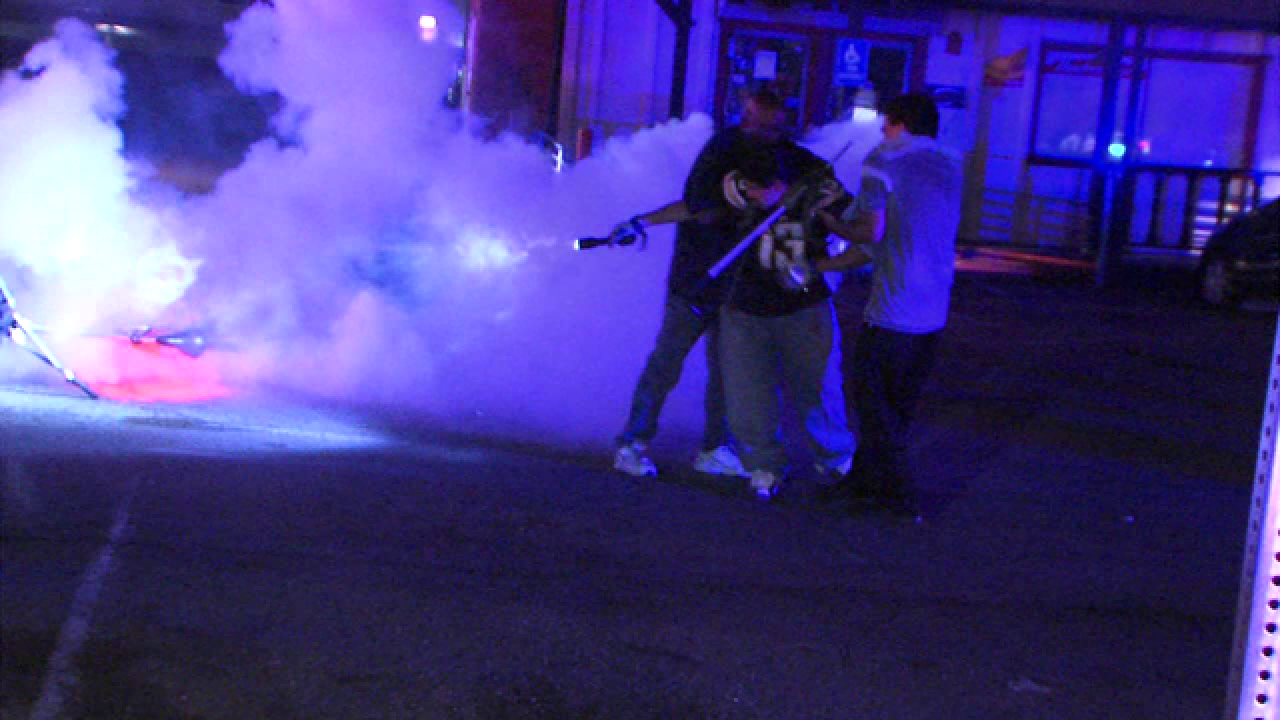 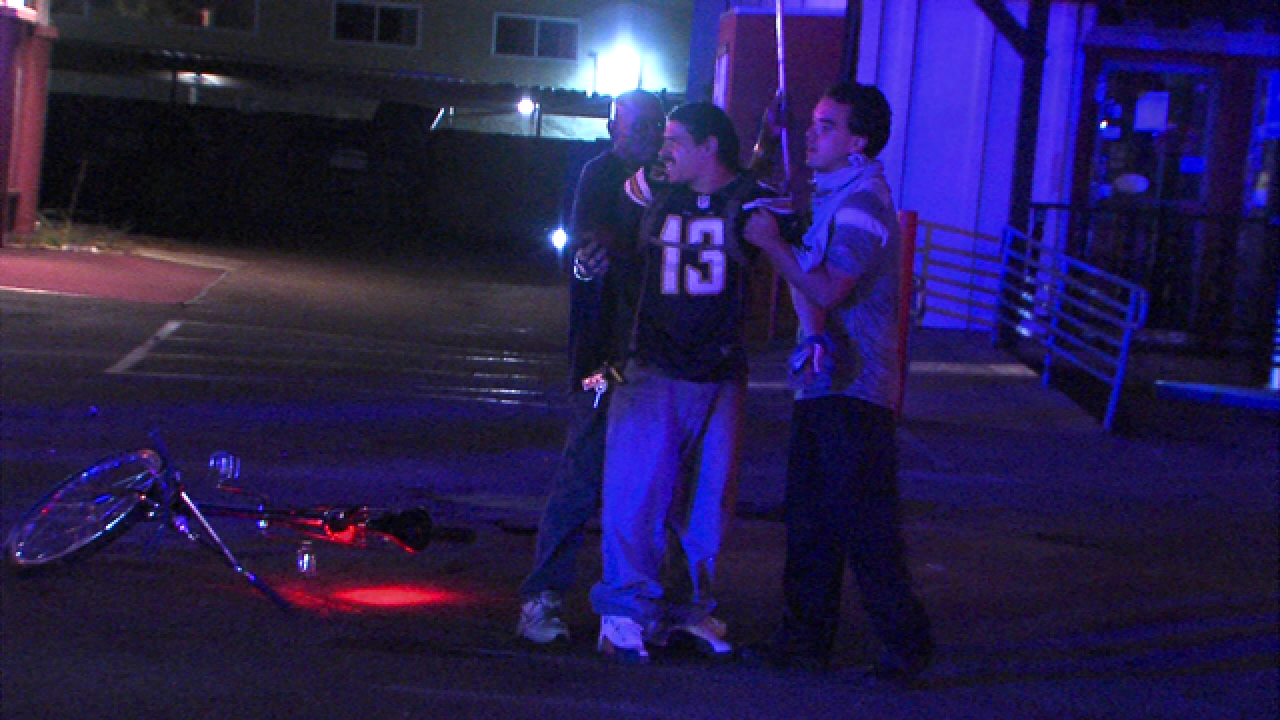 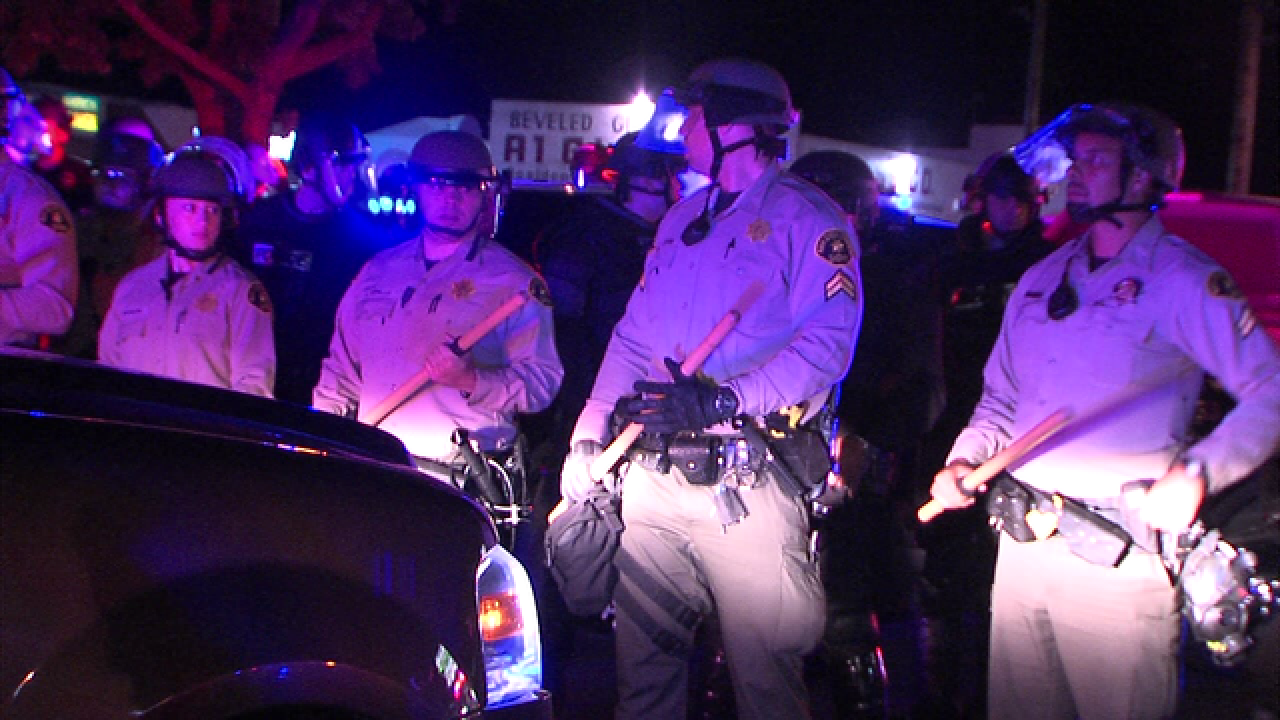 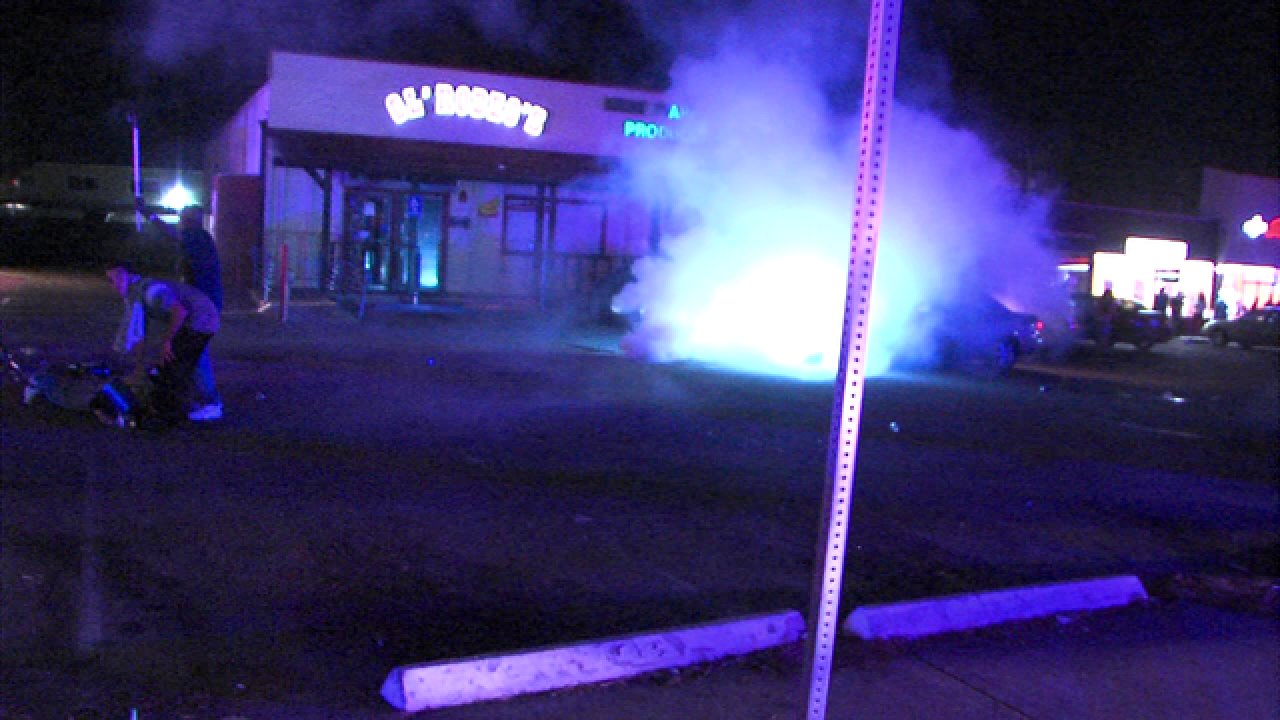 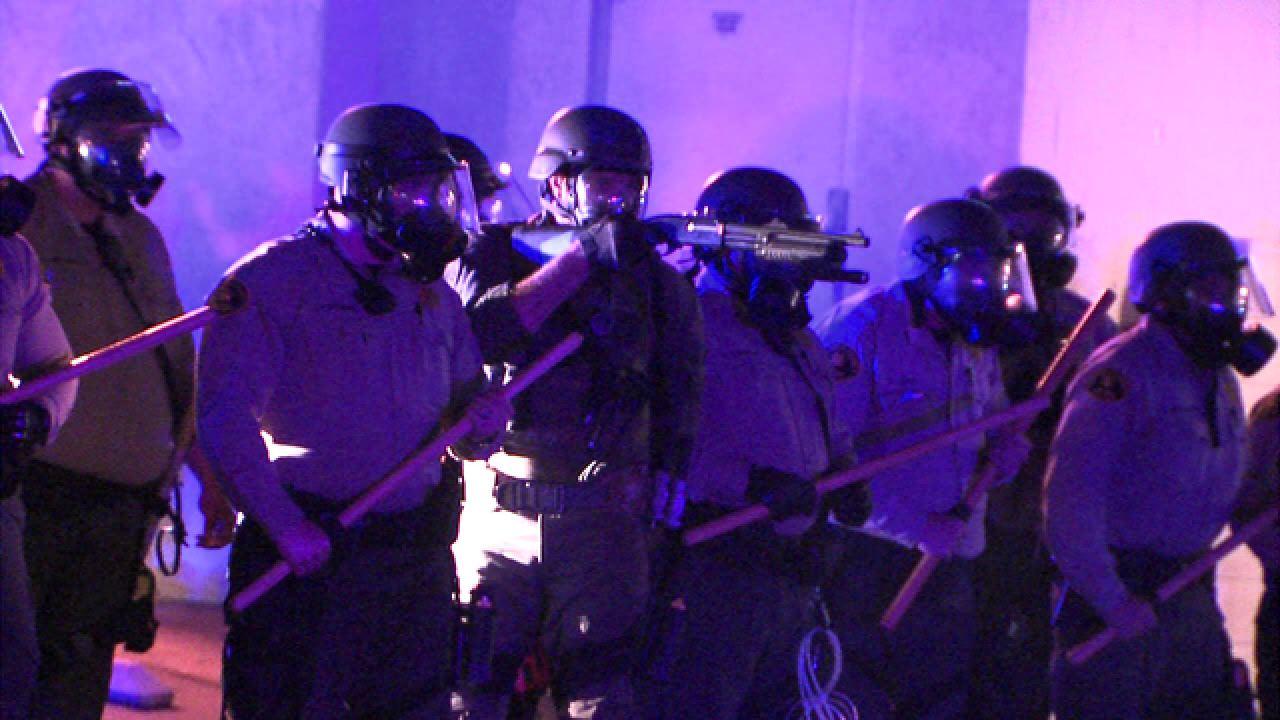