SAN DIEGO (KGTV) -- A boil water advisory has been lifted for several Encanto-area neighborhoods after a contractor hit a water main Thursday.

The advisory was lifted after tests concluded no contamination was present.

The notice was issued after a water main pipeline was struck by a contractor working near the intersection of Imperial Avenue and 65th Street, officials said.

As a precaution, the city advised residents to boil tap water or use bottled water for drinking or cooking until further notice. Residents were advised to bring water to a boil for one minute to kill bacteria and other organisms in the water.

The notice is due to an extended water outage that resulted from a water main pipeline being struck by a contractor working near the intersection of Imperial Avenue and 65th Street.

Water is being made available to residents at:

Donations of water are being accepted at the Black Contractors Associated or Pillars of the Community locations.

The city will inform affected customers when tests show that water is safe to drink and they no longer need to boil their water. 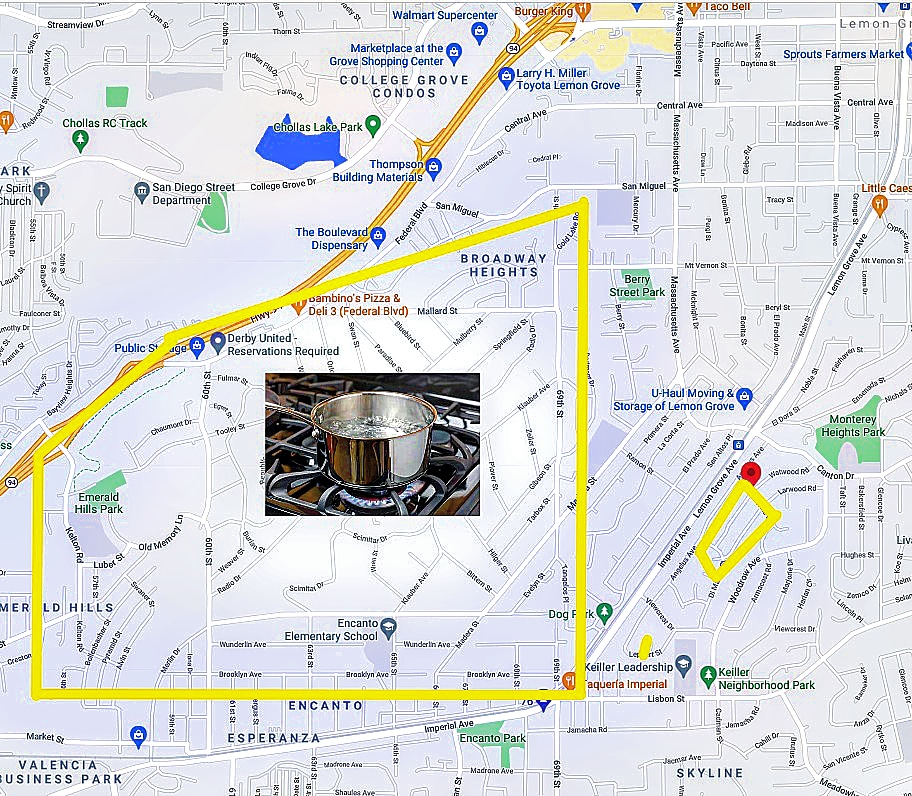