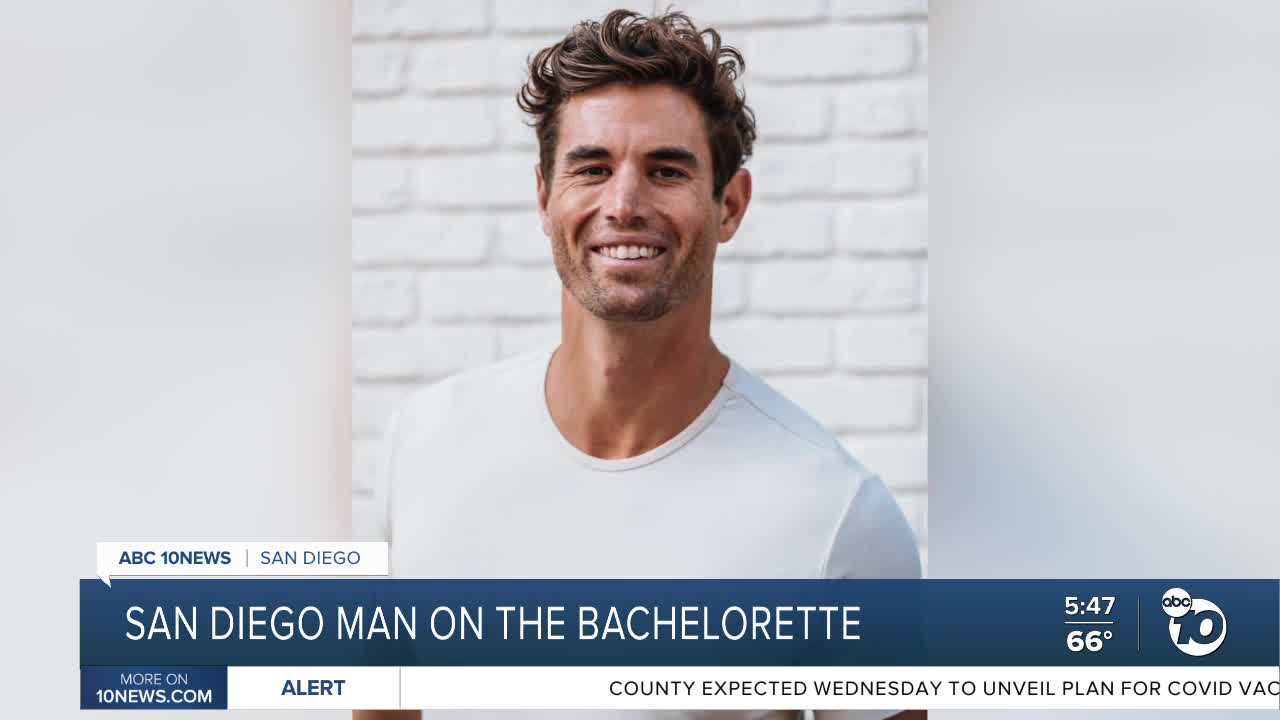 He said he's ready to focus on his career and find love.

San Diego, Calif. (KGTV) - Season 16 of the Bachelorette was unlike any other. The original Bachelorette, Clare, fell quickly in love with one of the men on the show and left engaged to him. Then a new Bachelorette, Tayshia was brought in. San Diego local Chasen Nick was there through all of the drama, trying to vie for each woman’s heart.

Chasen, who has lived in San Diego for close to ten years, said his friends submitted him for the show. He said he was brought in during the pandemic, so he knew Clare was the Bachelorette and he knew the season would be shot in a quarantined setting at a Palm Springs resort.

Tayshia sent him home on the episode that aired Nov. 24 and he said looking back, he felt more of a connection with Clare.

“I have to be completely honest, I’d say Clare. I didn’t really get the opportunity to progress with Tayshia and it was just a surface level connection getting to know each other,” he said.

Chasen had a few heated moments during his time on the show, including calling Tayshia a “smoke show” in front of the other guys in the house. Looking back, he says he would’ve picked a different word. He said one part of the journey he would not change, though, was his interactions with Ed, another guy in the house. Chasen and Ed had a few tense moments, but Chasen said he doesn’t regret how he reacted.

“I wish Ed would have stopped and surrendered when I apologized but some people hold onto things. I think if that was different than things could’ve been different with my progression with Tayshia and our relationship,” said Chasen, saying he and Ed have reconciled since the show aired.

Chasen said he’s happy to be back home in San Diego. He’s ready to focus on his career working as an account executive for Apex Systems, then get back into the dating world.

“I’m onto bigger and better things right now, focus on myself, and I’ll be able to put myself out there eventually,” he said.

He said since the show started airing, he’s received support from his community and strangers in the San Diego area.

“So much support and love from everyone. I’ve been recognized in public and don’t be afraid to come up to me and say hi. I’d love to talk to anyone. It’s kinda cool, it’s a different feeling,” he said, referring to his newfound fame.

Many Bachelor franchise alum end up on the spinoff Paradise show, where they try a second chance at love, and he said he would be open to that if the network asked him to join.