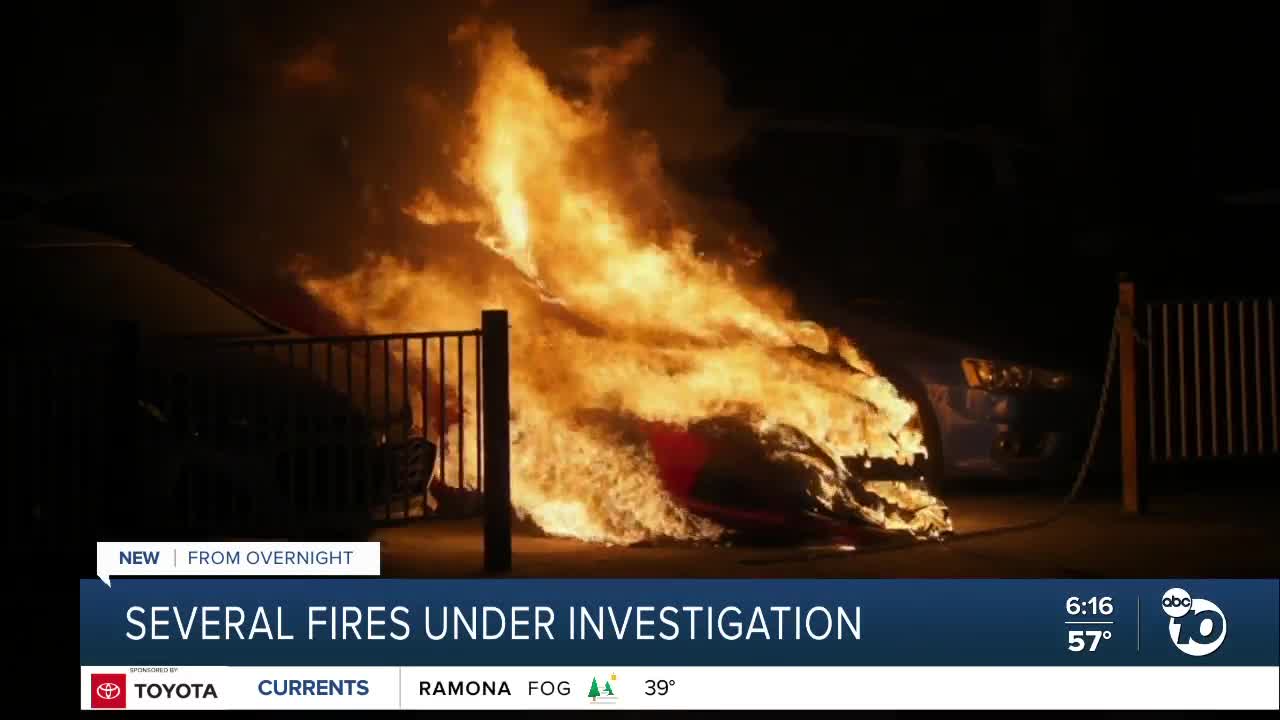 Investigators are looking into the possibility a fire at a La Mesa business is related to a car fire in Spring Valley.

SAN DIEGO (KGTV) – Authorities are investigating a car fire in Spring Valley that may possibly be linked to a fire that scorched part of a La Mesa hair salon less than half an hour before.

At around 3:10 a.m. Monday, firefighters and sheriff’s Bomb/Arson investigators were called to the Slay Lounge on 8739 Broadway in La Mesa in response to a fire in a Dumpster.

The fire caused some minor damage to the salon and some other businesses at the strip mall.

Investigators discovered an object at the scene that may have sparked the blaze.

Less than 30 minutes later, crews were called to an import auto car lot in the 9100 block of Campo Road in Spring Valley in response to a car on fire. One car was completely destroyed, and the flames damaged other nearby vehicles. Investigators are trying to determine if the car fire is somehow related to the Dumpster fire in La Mesa. No injuries were reported in either blaze.