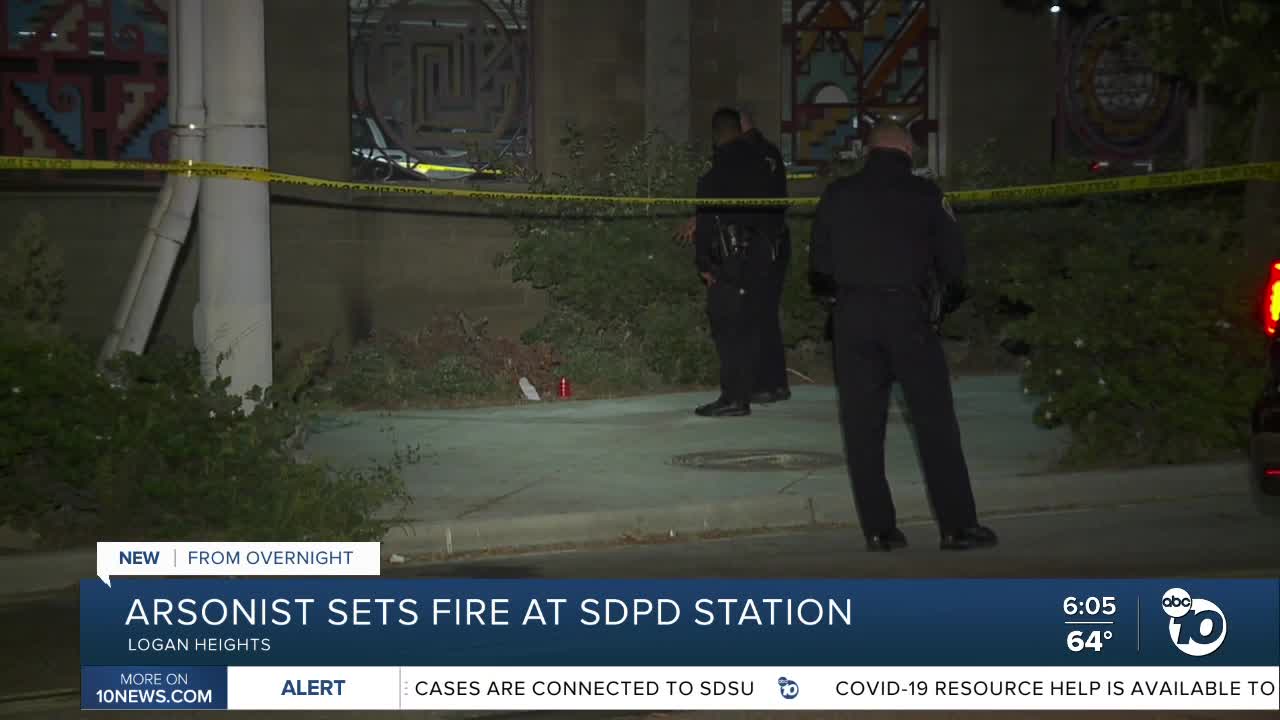 Police are looking for the person who used some sort of incendiary device to start a fire at a San Diego police substation in Logan Heights.

SAN DIEGO (KGTV) – Police are looking for the person suspected of using an incendiary device to intentionally start a fire at a San Diego police substation in Logan Heights.

At around 11:15 p.m. Monday, officers responded to reports of a fire in the rear parking lot of the Central Division substation in the 2500 block of Commercial Street.

Responding firefighters put out the fire before it caused serious damage. No injuries were reported.

The Metro Arson Strike Team was called in to investigate the incident after it was determined the fire was sparked by some sort of explosive.

Police are viewing trolley security camera footage as part of their search for the suspected arsonist responsible for the blaze.