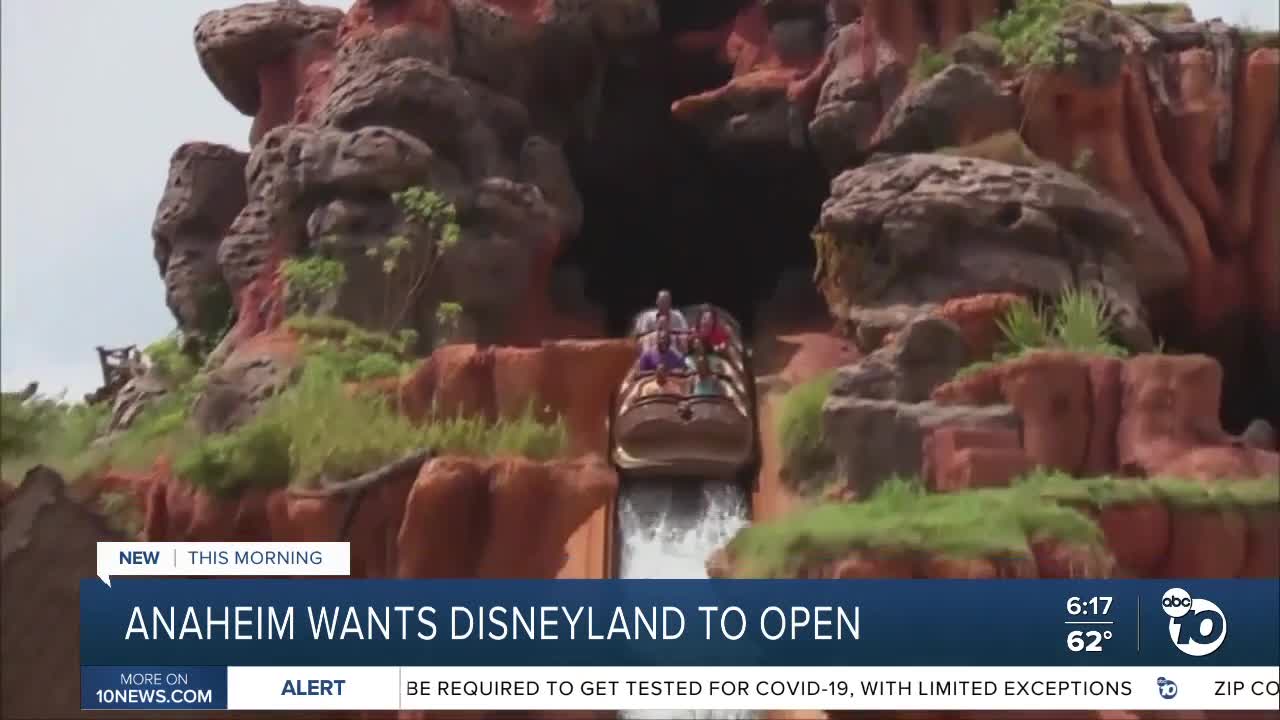 The city of Anaheim is calling on the Governor to reopen Disneyland.

SAN DIEGO (KGTV) -- After shutting down six months ago amid the deadly coronavirus pandemic, the city of Anaheim is calling on California Gov. Gavin Newsom to reopen Disneyland Resort theme parks.

According to the Voice of Orange County website, Anaheim Mayor Harry Sidhu said the city is looking at a $100 million budget deficit. Sidhu added that half of the city's general fund budget comes from Disneyland's revenue and the Anaheim Convention Center.

USA Today reported park officials believe theme parks have been left waiting on the sidelines while other parts of the state economy have reopened. Anaheim is currently in Stage 2 of its reopening plan, which excludes theme parks.

Both Disneyland and Universal Studios in Southern California shut their doors to the public in mid-March after Newsom's order to suspend large gatherings.

Disneyland officials say they want the same opportunity as other businesses to follow protocols and safely reopen.