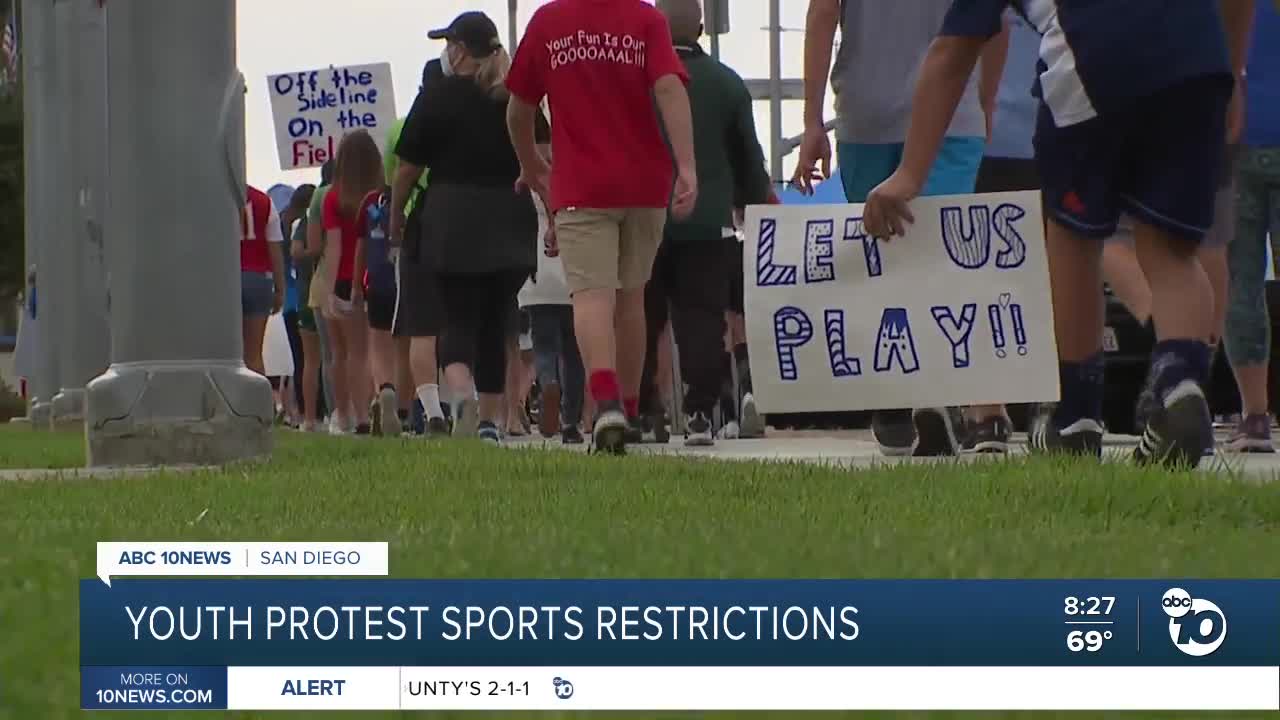 Kids, parents, and youth sports leaders held a protest in front of the San Diego County Administration Building on Saturday to voice their concerns over the state’s regulations regarding games and competitions. 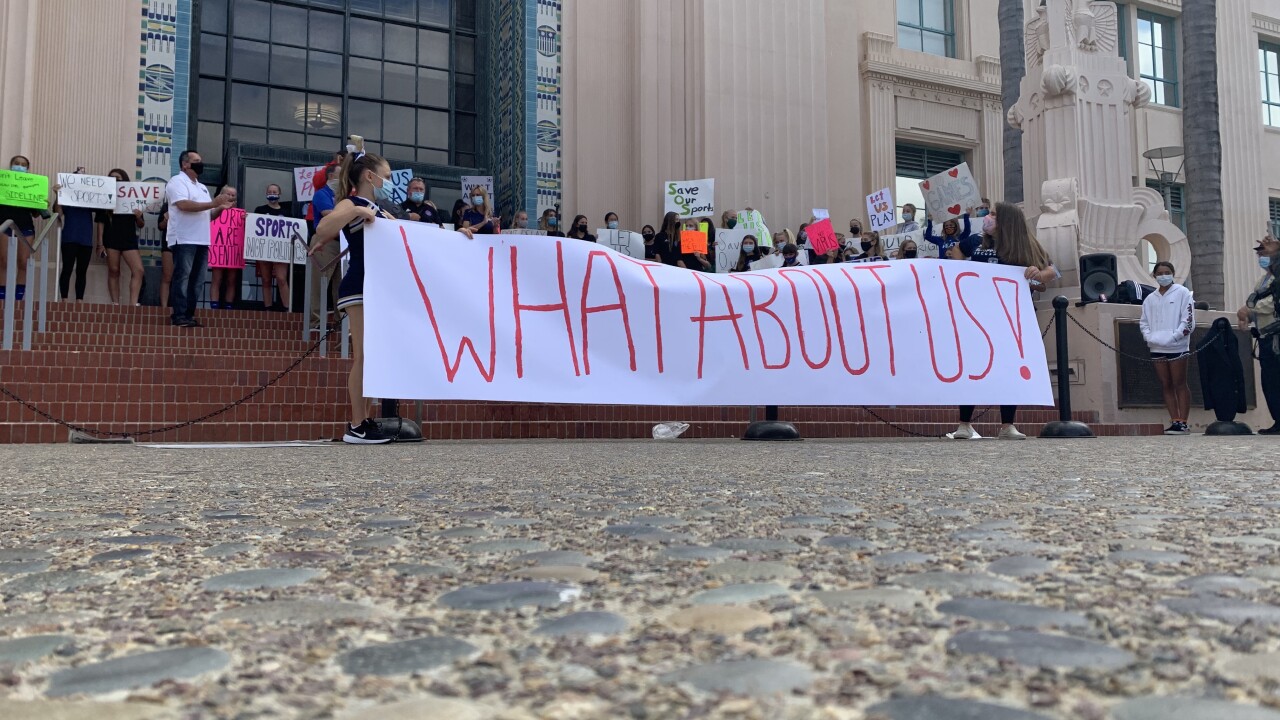 SAN DIEGO (KGTV) — Kids, parents, and youth sports leaders held a protest in front of the San Diego County Administration Building on Saturday to voice their concerns over the state’s regulations regarding games and competitions.

Currently, under California coronavirus restrictions, youth sports can practice, as long as six feet of social distancing can be maintained, but they can't play games. People who gathered Saturday said the lack of games is taking a toll on the youth.

“Thank you for honoring our safety but I think our mental health is important as well and for that to be good and top-notch, we need to be allowed to play our sports and escape from life,” said 7th grader Zoey Hagan, who stood with other girls in her soccer club.

Bob Turner is both Executive Director of Presidio Soccer League and President of the Southern California Youth Soccer Association and said the athletes should be able to play games. He said they have created safety plans, including spacing out the times of games and shortening games to avoid crowds, only allowing one parent for each athlete, and also requiring masks of all referees, parents, and substitute players.

Turner said they’ve sent countless letters and filled-out petitions to the state, but have not gotten a response.

A spokesperson for San Diego County said the county has also been asked about plans for youth sports. They also asked the state and have not heard about what’s next.

“This is small potatoes to them compared to a lot of the other things opening but it is our youth and what’s more important than our kids. We’re destroying these kids with what’s happening through the schools and now we’re taking this away. This is the only outlet some of these kids have,” said Turner.

At Saturday’s protest, speakers took turns sharing their personal experiences. One parent questioned why other businesses can operate, but these athletes can’t play games.

“It is infuriating to me that we’ll open up beaches, we’ll open up Home Depot, we’ll open up restaurants. These people can make their money. We can take care of the adults and make sure they’re doing well, but our kids are sequestered?” he said, addressing the crowd.

After a handful of speakers comprised of parents and athletes took to the podium, a group of young athletes held a 'what about us' banner and marched around the admin building while chanting "let us play."