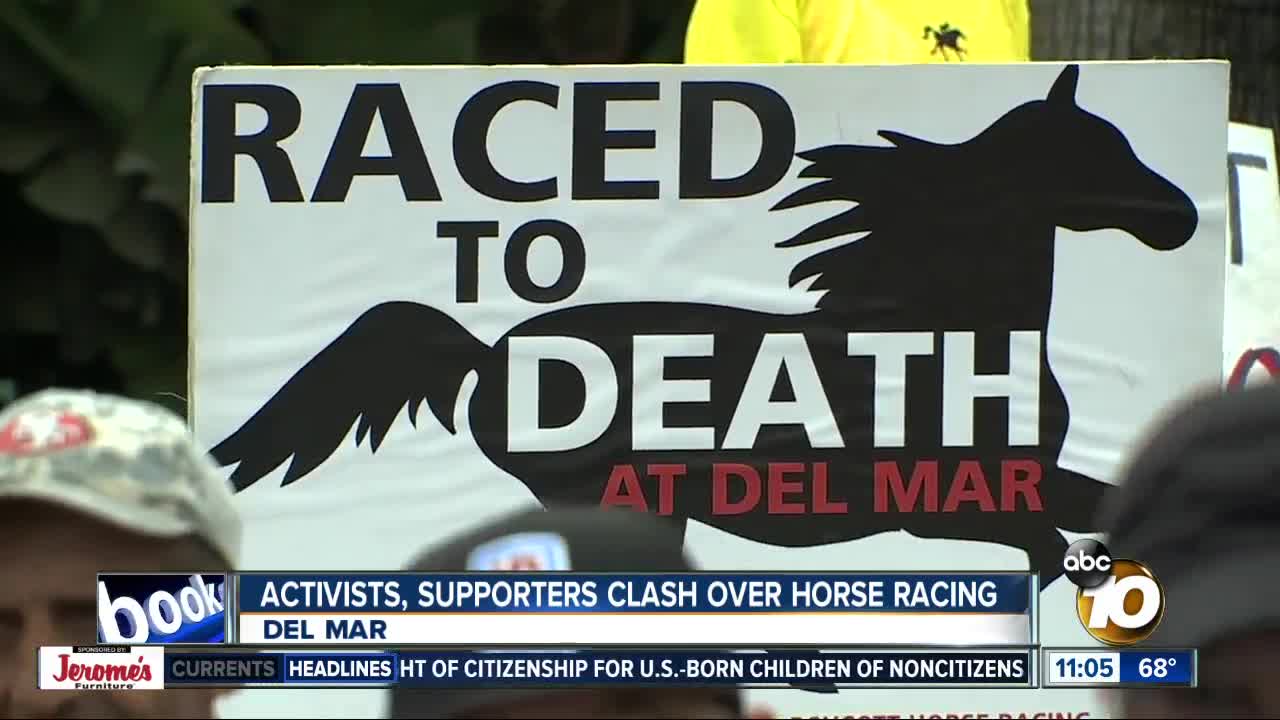 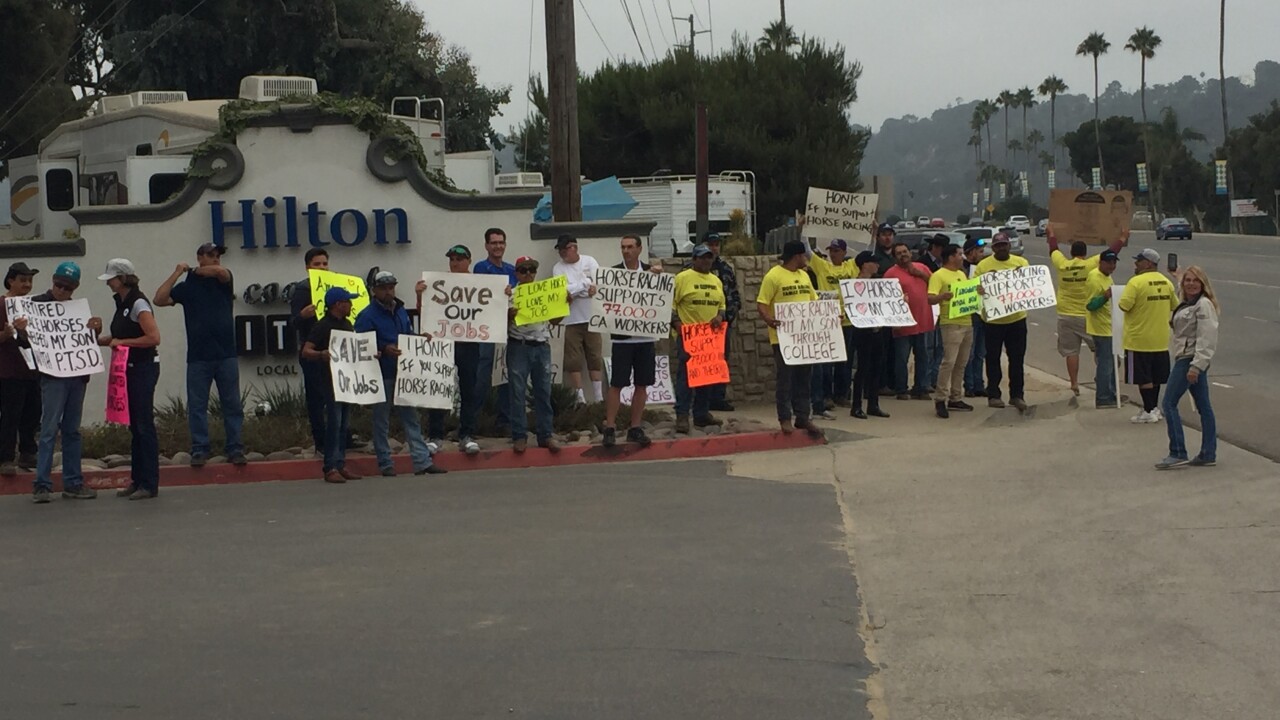 DEL MAR, Calif. (KGTV)- After the recent horse deaths at the Del Mar Racetrack, a small group of animal activists is proposing a ban on horse racing. Local supporters of the track are saying "no."

Animal rights activists were set to speak at the California Horse Racing Board meeting Thursday morning when things got heated between both sides before the session started.

"We are trying to initiate a ban on horse racing, not just in California but in this country," says animal rights activist Ellen Ericksen.

Ericksen says she's concerned about the safety of the animals who spend most of their time racing. "Horses are dying left and right."

Supporters of the horse racing industry say the animals are being taken care of.

"We take every precaution we can with these horses because we love them," says Jockey Aaron Gryder. Gryder has been a jockey at the Del Mar Racetrack for the past 32 years. "It's not our job; it's our passion."

This past summer, the Del Mar Racetrack implemented new protocols to ensure horse safety, like having veterinarians on the track during every workout.

"We want to make sure when the horses step out on the racetrack they are 100% in great condition," says Gryder.

Supporters also say doing away with horse racing could leave a lot of people without a job.

A statement sent to 10News from the Del Mar Thoroughbred Club says:

"Del Mar has implemented an unprecedented series of safety and welfare measures over the last several years and, while we always will strive to do better, these reforms are working. In addition, the horse racing industry in California supports 18,000 jobs and has a $1.6 billion economic impact in the state. Racing at Del Mar is a longstanding tradition enjoyed by hundreds of thousands of Californians."

The labor union, which represents all employees, owners, and jockeys, was present at the California Horse Racing Board meeting. Public comment was allowed during Thursday's session, but no changes have been made.