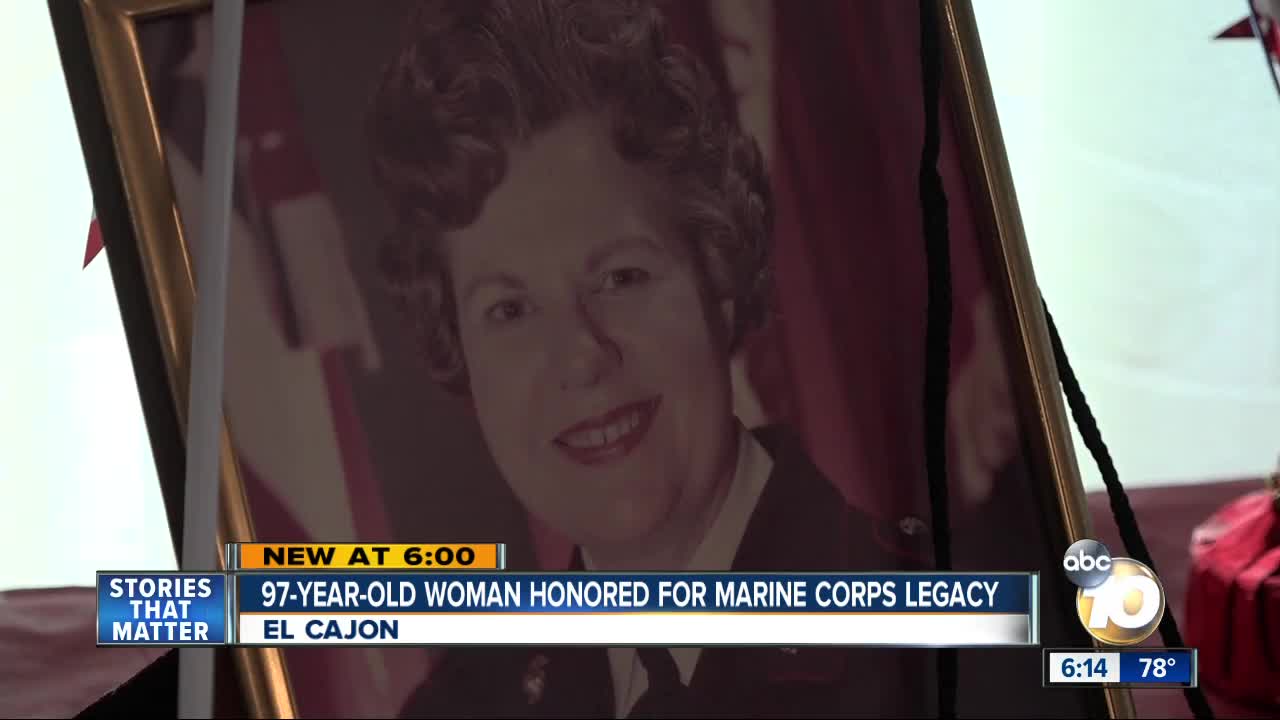 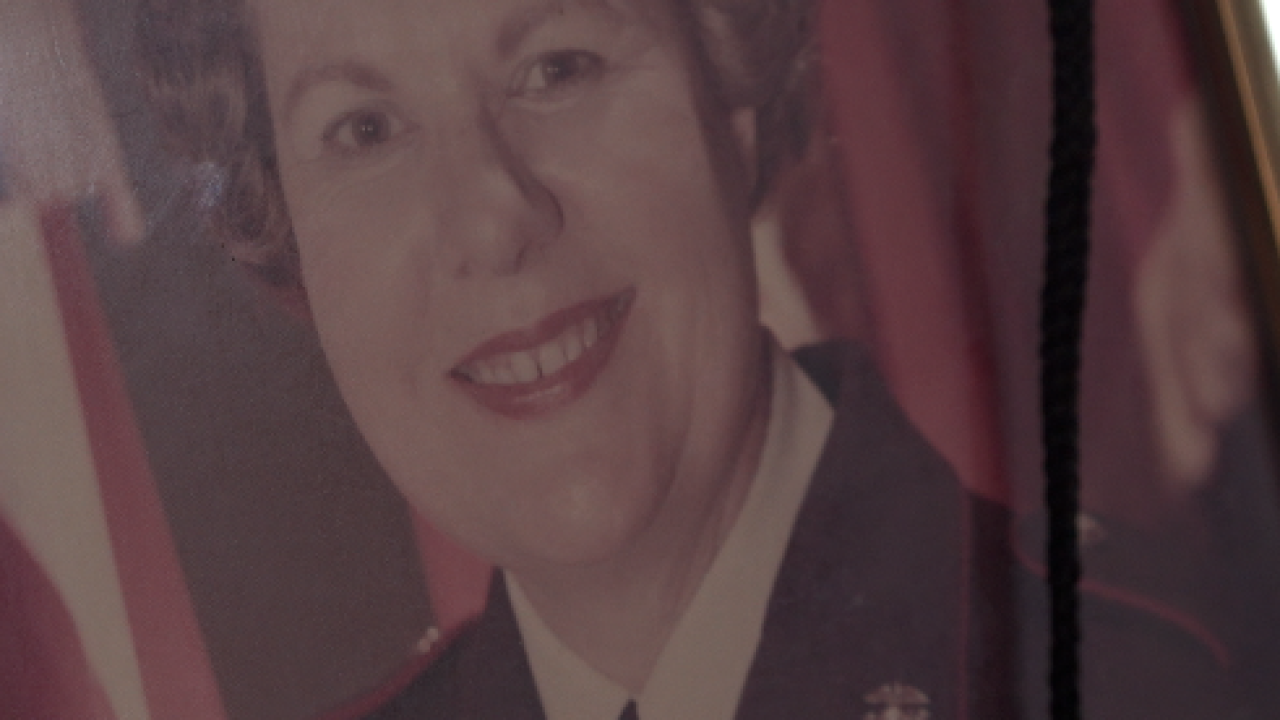 SAN DIEGO (KGTV) - Just days after her 97th birthday, a San Diego woman was honored for being a trailblazer in the Marine Corps.

Sgt. Maj. Grace Carle's love for her country is apparent in her impressive resume. The retired Marine served during WWII, the Korean War, and Vietnam.

"She's always been a strong woman. She did what she was told to do, and she did it with honor. She wanted to be proud of what she did," said Jennie Larsen, Carle's niece.

Carle was one of nine siblings and joined the Marine Corps when she was 20. She's now the last living Sergeant Major of the U.S. Marine Corps Women's Reserve and was one of only six women to hold the position.

"When she went in she worked hard to get all of her advancements, and it's things like giving the women a chance to do jobs that the men had been doing and showing that the women were capable of holding these same positions and doing the same type of work," said Larsen.

"When they told me she was a big deal in the Marines, I started googling her!" Abbott said.

Carle will soon be entering hospice care, so Abbott decided they needed to honor her.

"Somebody like Ms. Carle who's done so much for our country, and for America, and for women in general, this is going to be probably our last chance to thank her and honor her. While she's with us, we're going to take that opportunity," said Abbott.

They held a ceremony for Carle at the facility, which included taps by Bugles Across America.

"The Marine life was her life, and she was very proud to serve this country, you couldn't have asked for a better person," said Larsen.

Larsen says her aunt served in the Marine Corps for over 30 years.

UPDATE: Grace Carle passed away peacefully in her sleep on September 9, 2019. She was at home in the Monte Vista Village Senior Living Community.