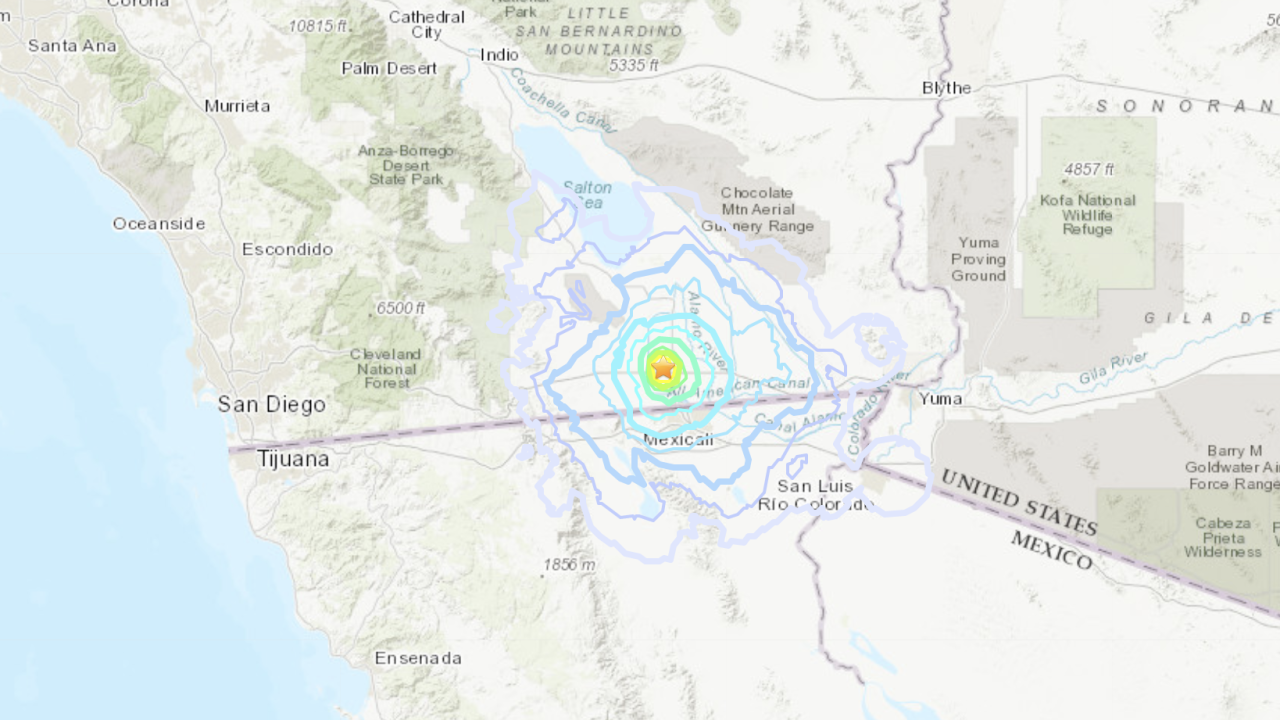 The first quake, which measured a 4.0 magnitude, was 1 kilometer east-northeast of the city at 6:13 p.m. The second quake was a 3.7 about 30 seconds later.

A check of the U.S. Geological Survey's 'Did You Feel It' map showed shaking was reported in Calexico, about 12 miles away, and Yuma, Arizona.

RELATED: Is there such a thing as earthquake weather?

The quakes were "very quick", said an El Centro hotel clerk who did not wish to be identified.

A server at Denny's said the shaking made his customers stand up out of concern, but no one was hurt.

While no major damage has been reported, the quakes were strong enough to shake overhead lights and topple monitors on display at Staples, according to clerk Krosby Rider.