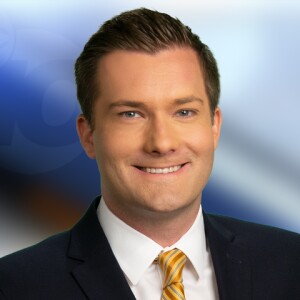 Four of the five largest restaurant outbreaks in San Diego County happened in one neighborhood.

SAN DIEGO (KGTV) -- Four of the five largest outbreaks at restaurants in San Diego County occurred at popular Pacific Beach bars, including one bar that had been previously shuttered by the county for “blatant non-compliance” with COVID-19 guidelines.

County health officials have kept the locations of outbreaks secret since the start of the pandemic with only rare exceptions, but ABC 10News was able to identify for the first time the five restaurant outbreaks linked to the most cases by cross-referencing information in publicly available databases.

Together, the five outbreaks were linked to 110 infections. None of the cases resulted in a death. The San Diego County Health Department declined to comment on the specific outbreaks identified in this report.

The outbreaks include one at El Prez during the summer that led to 24 infections. El Prez was shut down on May 22 after videos showed customers crowded inside the multi-story bar, many without masks on the first night in-person service was allowed.

At the time, County Supervisor Nathan Fletcher warned that such an “egregious” violation of the reopening guidelines “can trigger an outbreak.” The bar reopened June 5 with social distancing measures in place.

“Like other small businesses, we have been navigating through our first world pandemic while also trying to keep our business afloat and our customers and staff safe. It hasn’t been easy or smooth. But we’ve learned a lot. And we will continue to learn,” El Prez spokeswoman Jennifer Martinez said in an emailed statement.

Because it typically takes 7 to 10 days after an infection for COVID-19 symptoms to appear, it is unlikely that El Prez’s haphazard opening on May 21 triggered this outbreak, according to National University professor and epidemiologist Dr. Tyler Smith. The date of “illness onset,” as it is referenced in county data, is 8 days after El Prez reopened in June with updated protocols on face coverings and distancing.

Martinez confirmed that “several” employees informed El Prez in June they had tested positive for COVID-19. “We notified the health department when each case occurred, communicated the information to our employees and closed the restaurant for deep cleaning each time,” she said.

Months later, she said the county informed El Prez that some customers had also tested positive for the virus in June and July. “To our knowledge there haven’t been any positive cases with employees or customers since July,” said Martinez, which is consistent with data obtained by ABC 10News.

The largest restaurant outbreak so far in the county was at King and Queen Cantina in the Little Italy neighborhood with 27 cases. County data shows this outbreak was linked to cases from June 9 until late July.

All five outbreaks identified in this report are now classified by county health officials as inactive. That means there have been at least 14 days without another linked illness. All of the outbreaks have been labeled inactive for four weeks or more.

“People have to remember, just because there are these identified outbreaks, it doesn’t mean [the restaurants] are doing anything wrong,” said the epidemiologist Dr. Smith. “Correlation does not imply causation.”

What’s an outbreak anyway, and what do these numbers mean?

In public health terms, an outbreak is the “occurrence of cases of a disease above the expected or baseline level” within a given period. The specific definition varies from disease to disease, but COVID-19 outbreaks are broadly defined as three or more cases within a 14-day period “epidemiologically linked” to a specific location.

Public health officials are instructed to identify outbreaks in cases where there is a “higher likelihood of linked spread of disease than sporadic community incidence.” The state has guidelines designed to keep infections from being tallied in more than one outbreak investigation.

But just because contact tracers link cases to a location, it does not necessarily mean the individuals contracted the virus there, Dr. Smith noted, and he said there could be several factors at play in the outbreaks in Pacific Beach.

All of the restaurant-bars tend to have employees in their 20s or 30s and cater to a younger clientele, including college-aged individuals, who have had higher rates of transmission. Dr. Smith said it could be a function of simple math: the more popular a restaurant and the larger its staff, the more likely it is to encounter individuals carrying the virus.

The data obtained by ABC 10News offers no details about the people infected in each outbreak or the suspected chain of transmission. Anecdotally, a county spokesperson said many outbreaks have occurred at restaurants for reasons beyond the business’s control.

The county spokesperson said in general, it is rare for the virus to spread from employees to customers at a restaurant. Instead, the spokesperson described scenarios where the virus might be passed among customers who arrived together and sat at the same table, or among employees who socialize outside work.

Why the county keeps outbreaks a secret, and why that will likely continue

The exact locations of San Diego County’s outbreaks have been a closely guarded secret since the start of the pandemic. Two news organizations, Voice of San Diego and our reporting partner KPBS, filed a lawsuit in July seeking to force the county to provide the information, but so far their lawsuit has been largely unsuccessful. The case is still being litigated.

ABC 10News was able to identify the locations of outbreaks at restaurants for the first time by comparing publicly available databases to a redacted spreadsheet produced in response to the lawsuit.

After learning of the method used by ABC 10News, the county modified its record-keeping process to prevent this kind of analysis in the future.

Health officials have repeatedly resisted calls to identify outbreak locations, citing several reasons. They maintain it may have a chilling effect on contact tracing investigations. They also say outbreaks offer a misleading and potentially alarmist metric at a time when the virus is already widespread. And they say the definition of an outbreak -- with as few as three cases -- is a low threshold that is easy to trigger.

Still, members of the public have consistently called for a more robust accounting of outbreaks to form a better picture of the relative risk of certain activities. Los Angeles County publicly identifies the locations of all outbreaks; some counties selectively identify outbreak locations under certain circumstances.

Putting the numbers into context

As of October 10, there were 371 community outbreaks in San Diego County across all business sectors, schools and private residences that contact tracers linked to a total of 2,695 cases and 15 deaths. Community outbreaks do not include ones at skilled nursing facilities.

In all, outbreaks accounted for 5.3 percent of the total cases reported in San Diego County as of October 10.

ABC 10News was only able to identify outbreaks at restaurants, not other business types. There have been 13 outbreaks in other sectors larger than any of the restaurant outbreaks identified by this report. The largest outbreak was at a San Diego facility categorized only as a “business” that infected 204 people and was connected to one death.

Outbreak details and responses from the restaurants

El Prez
Cases: 24
Outbreak Status: inactive as of 8/11
Illness Onset Date: 6/13
Date Outbreak was confirmed by the County: 6/27
Statement: (Editor’s note: El Prez provided an emailed statement in response to questions from ABC 10News. The restaurant responded to all of the questions posed, and its answers appeared earlier in this report.)

“As the County of San Diego does not release specific outbreak information, any accusations targeting a specific business, including Mavericks, would be conjecture, only seeking to harm such a business based solely on speculation. We are truly saddened to see yet another month go by with Small Businesses being placed in a dark light.

“In the current state of this pandemic, we ultimately know that businesses will come across employees, guests, or vendors that may have come in contact with Covid-19. By now, it is nearly impossible to state that any public place has had no risk of exposure. But with that in mind we have been able to prepare accordingly and have gone above and beyond to fully comply with all County health orders since reopening to the public in May. Our top priority has been to create a safe environment for our staff and guests, and in addition to consistent sanitization we require all guests and staff to do the following:

• Masks are required at ALL times at Mavericks unless the guest is physically seated and eating/drinking. This is enforced inside and outside of Mavericks.
• All staff and guests are required to pass a temperature check before entering Mavericks.
• We have built on to our already extensive outdoor space to create even more open-air safe dining areas and have installed Sanitization Stations throughout.
• All tables are 6 - 8ft apart from one another, deeply sanitized between uses, and guests are not allowed to roam or mingle with other tables.
• We have removed all communal items such as backyard games, and physical menus and gone ‘touchless’ with everything.”

Statement: (Editor’s note: Through Instagram, a PB Shore Club employee confirmed Tuesday the company was aware of a request for comment by ABC 10News, but the business has not responded.)

“We’re following every safety protocol up and above what we’ve been asked to follow,” Brown said. “We’re a very safe place to go.”

Brown confirmed there was an outbreak at Waterbar but questioned the numbers reported by ABC 10News. He declined to provide specific information about the sickened individuals he was aware of, saying he was advised against it out of privacy concerns.

Brown said Waterbar elected to close its facility, notified employees, and conducted a deep cleaning “early on” in the pandemic after a reported positive case. He said the facility notified the health department and was surprised to learn from the county that they were not required to close.

“We would do the same thing again,” he said. “Unfortunately you run into problems in the middle of a pandemic even if you follow all of the protocols.”

Since restaurants were allowed to reopen, Waterbar has scanned customers with a thermometer before allowing them inside.

Brown criticized ABC 10News’ decision to identify the five largest outbreak locations, saying it could harm the industry as a whole and cause viewers to jump to misleading conclusions.

“It’s been the toughest year you could imagine,” he said. “I think you’re reporting numbers that happened a long time ago. I don’t think your numbers are accurate. I know they’re not verified. And at the end of the day, I don’t see how that’s going to benefit the community in any way.”